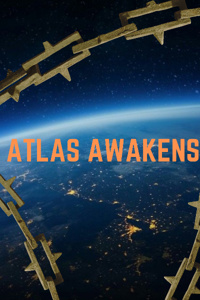 Kye Marken was born into the prestigious Marken household who had received blessings from major gods for generations prior. His father, Ashton Marken is the top ranked disciple of The Allfather Odin and his mother Alicia Marken the top ranked disciple of The Sage Athena. Before Kye was even born his bloodline demanded greatness, but when they read his blessing out at his 10th birthday, no one expected him to have been chosen by Atlas, a titan from the Mediterranean Pantheon. He is the first person ever to have been blessed by a titan so no one knows how his abilities will manifest. Given that he only has 5 years before he joins in the neverending Divinity War, a six-way house battle at the Divine Academy, Kye doesn't have much time to get used to his abilities, make allies and get strong enough to face down whatever challenges he might face during the war. Follow his journey from pariah to paragon as he navigates the dangers of the Divinity War with some close friends and some dangerous enemies.