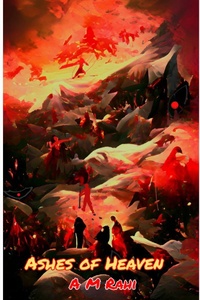 We are quite strange creatures, us humans. When we live in peaceful times, we crave for change and marvellous events to happen to us.

when we live in times of war, times of uncontrollable change and moments that can change the flow of history, most of us suddenly miss the peace and quiet times we never cherished.

One human's ideology can change the world, while another human's most profound thoughts never gets past the money needed for dinner every night. Yet there are billions of us; different thoughts, different aims, different way of living. Even for a cultivator at the peak of heavens, it's an unfathomable world of complexity that has no answer.

We all hate misery, yet our way of life constantly pushes us to more misery. However, it is also true that this way of life is a tested path that may lead to prosperity for a select few.

Which path ahead of us is correct, and what path is the ideal for prosperity and and an eternity of satisfaction?

Are we, humans, the sort of creatures who can ever establish the perfect utopia every suffering lowlife craves while huddling in a dirty corner of their small world?

Han Xuhan, a timid cultivator who got into a sect accidentally and discovered some strange secrets about himself and the world he lives in, decides to explore the root of all these mysteries surrounding him while he slowly encounters these ever elusive questions growing up.

Author's note- I decided to write a xianxia novel because I find the magical aspects and the creativity potential in this genre really appealing. There shall be no cliches or typical xianxia tropes happening to the main character. Even if you see one, it'll later be revealed to be a prank of sorts. The focus of the story is on creating and discovering mysteries, along with some philosophical aspects in the later volumes. Action and scheming takes a lead theme, but overall I'd say it's a slice of life, lowbrow comedy story with a serious plot running in the background to be revealed later on.

Reviewed at: 38- Sharing Is Caring

I like this story so far. I read it in one afternoon to chapter 38 because it intrigued me so much.
The main character is a human of a xianxia world who on his day of ingraduation into a sect learns that he might be someones incarnation.
The main character is a bloody genious and i like that he uses his brain.
The world he is thrown into is full of the generic protag types which irk the wrong nerves in me.

Overall bloody good. Definitely would recommend. Half a star to see where the future leads.

What makes this so awesome is the MC intelligence.

This may sound arrogant but it is rare for me to find a story here where the MC does not have terrible decision making skills.

And smart MC's are my favourite MC.

The MC is so shrewed and cunning.

Give it a read.

I wish I could read the rest of this story to give a more accurate review, but the writing needs to improve first and foremost. Perhaps the author has improved and has yet to edit the first chapter at this time. I'd recommend reading the first chapter if you wish to make your own judgement.

The writing unnatural, particularly in dialogue. The first chapter is mostly discription, which on top of not building an engaging start, also has the same issue of unnatural word choice. Things don't flow together.