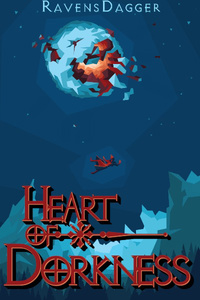 The memory was faded, like a scribble drawn on humid glass with the tip of a finger, melting away before it was even complete.

Still, she could remember it in pieces. Fragments that glinted and sparkled. Glass being thrown, crashing, but not as loud as the sudden screams of surprise and pain.

Her hand hurt. The girl next to her was holding onto it too hard. A death’s grip.

Everything became tight. She could remember that well enough. That last moment before her eyes finally closed and the screams and the bright burst of light faded.

Quiet. A humming sort of quiet. A vibration she felt in her soul. Her hand was still tight, still gripping onto something. Still holding onto a friend.

Something came from the darkness, and she heard it. An offer was made. To be reborn, to see a new world, to go on grand adventures and become the chosen one.

But, that offer, it wasn’t made to her.

The grip on her hand tugged, pulled. She didn’t want to let go.

And then it was ripped away, but not before dragging her along, if only a little bit.

She tumbled into the dark.

The impact blew whatever breath she held out of her lungs. Her back twisted, the shock making her flinch forwards. Then she sank.

The murky depths clawed at her face and she found herself with a second wind, a sudden burst of energy where moments before there was none. She fought, tried to swim, tried to move arms that felt sluggish, her legs which were weak.

“Help!” she called out. Her voice sounded wrong, too desperate, too young, too broken.

It didn’t matter. The liquid slipped over her prone form and stuck to her. She was the fly caught in the spider’s web.

Her last gasp ended with black sludge crawling into her mouth and down her throat.

She died, and in dying, as with all things in this world, she was born anew in her own image.

The Dark Goddess sat upon her throne and whiled away the hours. Texts, scrolls and newly bound books from Santafaria lay in heaps next to her, more valuable than any gold or silver or lavish art. Once, she had surrounded herself with that sort of luxury. It only took moments to discover that their beauty lacked the depth to truly interest her.

It was perhaps the only reason humanity was still alive. They provided something no army of monsters could. A distraction from the endless doldrums of immortality.

She scoffed at the book held before her in the claws of a primordial beast. A long centipede whose body was strung up to the ceiling of her throne room, and whose veins glowed red with restrained power.

The monster carefully turned the page.

Another story of a valiant hero, born with good fortunes, and blessed by the light gods to be able to defeat the endless hordes, to protect the feeble peasantry and gain the hand of some pretty maiden.

Frivolous and lacking in any sense. The hero acted with the sort of determination and love for violence only found in the sociopathic. It was trash that had made it onto the printed page, and had she not read everything else, she would have loathed it. But the story was long-winded, and filled with twists and turns.

It was vaguely enjoyable.

She twisted in her seat, a long leg coming to rest upon the arm of her throne even as the centipede shifted, moving to keep the pages of her book within her line of sight.

Another gesture, another turn of the page, soon, another scoff at a particularly poor piece of writing.

She was growing bored once more.

It was in that precise moment, where the slow realization of her impending boredom hit her, that she felt something.

The Dark Goddess spun, both feet touching the ground in one movement. Her eyes sharpened, and across the throne room, from behind pillars and in hidden alcoves, creatures that most would consider fearsome terrors perked, attention falling upon their master.

She rose, and throughout her fortress, creatures big and small huddled and trembled as her gaze shifted over them.

Chills crawled down the spines of nightmares.

The Dark Goddess began to walk through her castle. Neither too fast, nor too slow. She would arrive when she wished to, and not a moment sooner.

Her path brought her lower and lower, into the bowels of her fortress, where the air was heavy with stale humidity. Monsters trickled after her, casting light ahead of her to illuminate her path while others darted ahead and ensured she would not be disturbed.

Finally, she arrived in the lowest part of her castle. Far beneath the earth, where the walls were little more than bare stone and where the air stank of sulphur and rot and worse.

The great cavern beneath the castle was as deep as it was dark. A pool sat in its centre. Black liquid. Thick, and viscous, like tar. No waves lapped at the shore, no bubbles broke the surface. On occasion a creature would claw its way from the depths, tiny malformed monsters, with pale skin covered in black, whose delicate veins were of the darkest blues.

Ancient creatures, with legs like stilts, roamed the pit and with darting claws, would fish these newborns from their birth place and grasp them close. Some would be escorted out of the castle. Others would be consumed. The life-cycle of the monstrous had no room for pity or coddling.

The deity’s attention moved towards the centre of the pit. Something was there. A lump in the tar, a vital energy where there should have been none.

“Fetch me that thing,” she ordered.

Some of her monsters leapt ahead, burying themselves into the tar. Fur became clotted, the smaller, more foolish of her servants drowned and in doing so removed their incompetant selves from her consideration.

Finally, a chain was formed and some of the longer-limbed creatures reached into the tar and pulled out... something.

They brought it to the shores and at a gesture from their god-queen, let it drop at her feet.

She knelt, long robes of midnight satin pooling around her as she leaned over the object of her curiosity.

A child, with human proportions, but with no humanity. The soul was all wrong, the girl’s skin was white, not the pale beige of a human from the north, but the white of cold marble, laced with fine veins of glowing blue.

She reached over and turned the child around, gracing it with her touch. Her own hand lingered there. Just as pale, but with veins of deep purple.

She stood. “Take it. Bring it to one of the guest chambers.”

Her creatures leapt into action.

Within the depths of the birthing chamber, the Dark Goddess watched. After a moment of quiet contemplation, she followed.