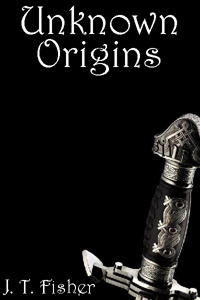 Samson Seiker awoke just as soon as he died.

A warm breeze blew over him, carrying the scents of the forest with it. Seiker breathed rapidly, adrenaline still pumping, his vision blurred as he tried to focus on the canopy of trees above him. After a few moments, his heart slowed, and his breathing steadied, and he began to relax.

He still felt the pain of the soldier’s sword stabbing through him, although it too was beginning to dull. He remembered the look on the man’s face as he slew Seiker, the wide eyes that belonged to a kid too young to look right in the armor.

He had been ambushed, him and his patrol. He remembered the silence when they began pouring out from behind trees and rocks. He remembered Brolin’s joke about his last night in the tavern being cut off, Serena’s complaints about the overcast day stifled, and the shared, deafening realization that they had suddenly, inexplicably ended their last patrol of the territory.

Guess this is heaven, then. Seiker blinked a few times and sighed. At least, Seiker could only hope it was heaven. He didn’t remember the other place being described this peaceful.

After a moment, he groaned and climbed to his feet. The forest around him was peaceful, right out of a children’s storybook. Thick oaks were all around him, with the occasional birch spattered here and there. The woods were spacious, with not much in the way of underbrush to slow down the curious trailblazer. The lights and scent of the area implied it was morning, or at least not quite noon. Altogether, if he weren’t standing in the middle of a gigantic ritual circle, it would be quite the pleasant setting.

Seiker put an introspective hand on his hip as he surveyed the scene. The circle was quite large, as far as the little he knew of ritual magic was telling him. Ritual circles were usually about as large as the creator’s wingspan, considering most created them by spinning in a circle pouring salt. This one, however, was at least twice as large, and dug delicately into the dirt. Intricate designs were carved along the border of the circle, and it looked discolored from the rest of the dirt. As though the color were drained from it.

Seiker squatted down and tentatively broke the circle with his finger. Nothing happened. He rubbed the dirt between his thumb and forefinger in thought, as his eyes gazes around the area. As he looked past the tree closest to him, he did a double take.

My sword! Sitting there, sticking a few feet into the soft dirt, was a massive dark blade. The footlong handle, wrapped in expensive ebonleather, was a testament to the sword’s massive size. The blade itself, nearly two hands wide, was five feet in length, most of it hidden under the ground. It would be unwieldy and extravagant in any man’s hands. Excluding Seiker, of course.

Seiker chuckled as he walked up to the blade. “I always said if I died, I would take you with me, old friend…” His voice trailed off as he neared the sword and touched it. Something was... off. The hand that reached out was much paler and uncalloused than the hand he was used to. It was delicate hand of a man who stayed inside and studied, not the hand of a man who worked and fought in the sun. That was odd on its own, but what really threw him off was the sword’s size. It had always been an extraordinarily large blade, but he was used to its size. His grip on the handle felt slightly unfamiliar and awkward, and the length of the blade seemed longer to him than he remembered.

He dug his heels into the ground, gripped the handle, and pulled. Heavy! He strained against the weight of the weapon, and slowly managed to pry it out of the earth’s grasp. Seiker let it fall more parallel to the ground in his grip, and rested for a moment, panting to regain his breath. Eventually he let it fall to the dirt, and he collapsed beside it.

Seiker’s mind was moving a mile a minute. Things weren’t adding up. Nothing about this situation made sense. First off, he died. He could still feel the sensation of being run through, even if the pain had faded awhile ago. He could remember everything turning black. And now he was alive. His heart was racing from the exertion of pulling the sword out. What was the use of a beating heart in the afterlife?

Then there was his body. This was not his body. His arms were not thin and lanky. His skin was not the pale tone of a scholar. And he was not barely taller than the six-foot monstrosity of his sword- he was almost a full head past it. But these were his thoughts, his speculations, and his fears. If the body he inhabited now was not his- then who’s was it?

It was at that moment he heard a voice call out in the woods, and he realized that this was a joke. A tasteless, horrible joke of an afterlife that he probably deserved.

“Sam? Samuel? Seven Lights, where did that boy go?”