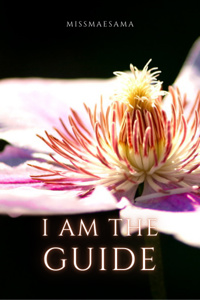 I Am The GUIDE

Reece is a young boy who has everything. He would be your typical spoiled brat, but with severe laziness and is very coward. However, on one unfortunate night, he was kidnapped that unfortunately leads to his death.

Believing he was dead, he unexpectedly woke up in the abyss and met a long white-haired man watching him from afar. Reece confirmed he was dead at that moment and he was prepared to accept reality.

However, an unexpected question was thrown to the young Reece.

“Do you want to go on an adventure? You will become a guide and will travel to multiple dimensions and guide those who have potential to the right path.”

The word 'travel' triggered Reece's anxiety. He does not even know how to clothe himself. Now he, as a spirit, will have to travel and become a tour guide?

“I’d rather rest in peace!”

For someone who idles his whole life, traveling is their greatest anxiety.

Will Reece be able to perform his duty as THE GUIDE?

PS: This was first uploaded in Webnovel.com under the same username.

Credits to the owner of the photo used in the cover: "Pink flower" by @Doug88888 is licensed under CC BY-NC-SA 2.0