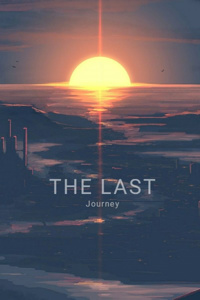 A slice of life litrpg story... or is it?

It's burning slow, though.

War comes with a great cost. Lives and time wasted for most part. One could either be run with sword, be poisoned, be bowed, and sometimes meet their end with just a tiny speck of wood. With magic, it becomes even more colorful. From lightning, to worse poison, to hovering rocks, to weird bladed leaves, to whipping roots, and to a lot more odd things easily reasoned with magic. A wonderful creation. But once used to something more than wonder, more than tricks to gather laughs, it becomes worse. War becomes worse. For there is not only blood to be spilled.

A particular town almost met the same end. Soldiers geared with swrords and bows came with mounts. Horses burning lush grasses as it cracked boulders and the soil alike with every step. The kind that only war ones could ever do. Even strange wheeled creations that oozed danger were towed, loaded with something meant to destroy. But not once had they acted upon what such devices should've done, nor what an an army is supposed to do. Siege never occurred, as much as a command to war.

No. Magic existed so a simple little fire is all the worth the town has. No sword drawn, no arrows nocked, nothing. Just some mana spent and through the ash they march.

That was how Nudius saw her end. It came not even as a surprise. She didn't have the moment to fully register what occurred before she found herself in an empty dark space. Life lost, time spent. All from a fire that had not even touched her. But she knew very well that it was magic. Something she wished to have and strived for to have.

Yet it seemed that none of it would matter now. Nudius was well aware of what the color around meant, of the odd situation, of the unfeeling state of her being. It was death and that was it. She didn't have to worry or dream further. Although there wasn't what she truly wanted in what death to her is, but at least, Nudius was comforted to what she believed death is. Rest.

But little did she know there's something more than that empty space. It wasn't only the promise of rest, but was also more than she could ever hope for.

***Tags are there just in case. You never know!

Story blurb+: This is slow burn, quite slice of life story about a girl learning magic. All the while as she fatten herself up. So yeah, progression fantasy. But there's Litrpg! Numbers! Magic! Spells! And of course! There's something more. But read on ahead, please. Oh yes. Plot! There is, too.

Disclaimer: The cover isn't made by me. Just layered it with a text. I got it from a free website, if I correctly recall. I'll see to it. (Haven't worked on it.)

I am actually really enjoying the introspective sort of point of view so far. I will say it does get a little tiring to read but not unpleasant most of the time. I'm very interested to see how this continues going forward. It is very difficult to know where the main character is with the way the author has written it but I think if they keep this going they'll find their footing.

The whole first chapter was amazing for me. Really sold the feelings and mental atmosphere the MC was in. Given their thought process I don't mind the slow burn (pun not intended) of it so far. I hope if this story goes on we can get a more full picture of this world. There a lot of elements that could really make for an interesting plot. I also just really like the implications  of the magic system and how flexible it could be with some imagination.

-- Grammer --
I'll keep it shot but the framer was the weakest part so far. Nothing too serious but just some more detailed revisions of spelling and sentence structure would due. The pros are also not always very good. Maybe some limited uses of complex language and a larger variety of descriptions could go a long way. Doesn't need to be Shakespeare but make it all flow together. Otherwise it's pretty solid so far.

I actually really like the MC so far. Don't know a whole lot about them yet but they have some distinct personality. I'm currently under the impression that they were an orphan or of some lower class due to their lack understanding of magic. I hope we see them really grow into a powerful mage in the future

solid start with some issues but still pretty good to me.