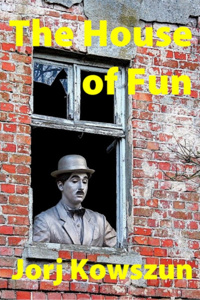 As Shooma had predicted, there was an arched door with nine glowing symbols in a horizontal line. The last symbol was just an “X” and Alex assumed it was a reset button like the one in the metal prison. Shooma walked over to the symbols and pressed them quickly in what to Alex looked like a random order and the doors slid open. Once inside the doors slid shut and Shooma did her magic with a similar set of glowing symbols on the far wall. She walked back to the skimmer and stood beside it. After a few seconds the floor began to move downwards and they sank a long way. “I estimate we are half a kilometre underground,” Shooma observed when the movement stopped. They were now looking down a semi-circular corridor that had a few lights on in the ceiling. As the skimmer progressed down the corridor lights ahead came on and those behind went out. When they had gone some twenty meters down the tunnel they heard the mechanism that worked the movable floor humming and looking back saw the floor returning upwards. Shooma warned Alex that the corridor was several kilometres long, which was not surprising, given that the Visitor’s building was some way from the Trench.

Eventually they saw an end to the corridor in the distance and as they approached they heard the same sort of mechanical sound that indicated the floor was coming down the shaft. As soon as the skimmer was fully on the floor it started to rise and a few minutes later they were inside an identical circular building. They did not have to enter a code to leave; the door slid open as they approached and they found themselves in amongst a set of decrepit and dilapidated buildings. Looking back the roof of the Visitor’s building was covered in rubble and a collapsed structure was leaning on one side of it. The effect of this was that only a tiny bit of the blue light from the domed roof was visible and only nearby. “Where are we?” asked Alex.

“We’re in the north west of London in an area that is not toxic but is very run down. A kilometre or two to the east you will find the wall around the toxic area of London.”

“Because its location inside London is a well-kept secret.”

They were about to emerge from the rubble and destruction when Shooma decided that they should hide the skimmer and go the rest of the way on foot. “I know the skimmer is fast and can get us away quickly, but it is also very obviously a piece of alien technology and if anyone spots it we could draw exactly the attention we are avoiding.”

They took it into a building that looked less delipidated than some of the others around it and by using its staircases got the skimmer up to the fourth floor and then into a small room which they sealed it into by exploding a small bomb from Shooma’s collection. The walls collapsed around it and it would take a lot of hard work to extract it. Taking the carryall they made their way out of the building and out onto the road. Crossing over, they were back in rubble and destruction and kept heading east. They were in the dark but Shooma was able to see where to go and after a half an hour of carefully picking their way through the wreckage of former dense housing they arrived at the wall. It was made of a motley assortment of materials: bricks, stones, metal sheets and whatever else the builders found to hand. They picked a spot that had a couple of walls standing near it that were left from a collapsed building because it offered some shelter from the cold night wind.

Shooma took two small black cylinders from her carryall and held one in each hand. Alex noticed that a flickering light appeared in her eyes for a few seconds then she pressed the two cylinders together making one bigger one and set it upright on the ground. “That’s it. The signal should reach the House of Fun and we will be collected. It could be a long time. Why don’t we eat some of the food you took from the account-men’s storeroom.”

Alex suggested lighting a fire and Shooma agreed, “we are well off the beaten track here and if we are seen we will look like what we are, travellers taking shelter from the night.” There was no shortage of wood to burn and soon they were warming themselves by the fire and enjoying the account-men’s food. After a while Alex nodded off and Shooma sat staring into the fire, occasionally adding wood to keep it burning.

Well after midnight a steam waggon made its way from the road and into the rubble until it could go no further. The driver stayed where she was while one man got out holding a cylindrical device with a flashing green light. He walked carefully, keeping his eye on the cylinder until he spotted the fire inside a sheltered area by the wall. He stepped into the light of the fire and Shooma leapt up and ran to him, putting her arms around him and holding him hard. For over a minute neither of them spoke and then she said, “Faroom. How long has it been?”

“Far too long, Shooma.” He looked at Alex’s sleeping form, “I see you gave this one a set of body armour. There is someone in the House he needs to meet.”

At this point we leave Alex and return to Lucy