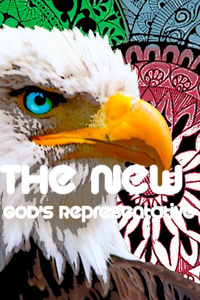 by Lord of Flamingoes

I was given a one-a-trillion chance opportunity to reincarnate into a fantasy world by a god. The actual chances are probably even lower — I mean, how would you even calculate the chances of being in my frankly ridiculous situation? In any case, the deal we made seemed pretty good; at least hope so, seeing as I’ve forgotten most of it along with the memories of my past life.

Now, I’m a baby bird monster in a world with magic. I can see my Status as if I were an RPG character. And running with the RPG theme, my main Quest in this world is to become its strongest entity or titular God. I have a couple thousand years to do it or else the laws of reality itself will erase my existence.

But, hey. That’s exactly what I signed up for, right?

Reviewed at: Chapter 16: A Journey’s End

The main character gets strong fast. Chooses a path that requires more xp, fucks it in a few days. Breathes the magic system like a fish in water.

Character learns to speak with humans super easily. Someone already knows by the chapter I read to that he is a reincarnated person. The "monster" mc was chosen as an excuse for being op

Read is recommended for those seeking a power fantasy where the mc gets strong fast. Not my cup of tea but power fantasies have their place on this site.

Style: Simple, fast paced and limited dialog. OP growth spiral a la coiling dragon, with some of the major problems of that novel as well.

Story: It's really jumpy- feels like this hasn't been outlined at all. Settings and characters come in and out rapidly, no real consistent development or path.

Character: Reincarnation but no personal background. He has his memories but also does not? No real main character development at all beyond statistical increases. Other characters are likewise shallow and easily replaced.

At this point,  32 chapters in or so,  I care about none of the characters and while the growth rate of the MC was supposed to have slowed down rapidly based on evolutionary choices,  it seems to have actually sped up.  Very inconsistent generally. It's a readable, middle of the road personal fantasy.

The author can improve by outlining the story even generally, mapping things out and figuring out real motivations. Some things didn't make sense, and the handwaved explanations don't actually help that. A proofreader would also be very useful here; right now this feels like a rough draft.

Reviewed at: Chapter 7: Deciding On A Name

I really wanted to enjoy this story. I really wanted it to be my next big reincarnation story. But.. I can't do it. The story moves so quickly, the MC never struggles, there's no real conflict in it. Sure, the MC is fighting things, but the fight scenes just.. don't do it for me. The story jams facts into your face. It's not quite an exposition dump, but when a character says "You became the strongest avian creature" I couldn't keep reading. Fascinating and creative premise good grammar, but it just falls short of being something great. By no means am I saying that this story isn't worth reading, it's got it's charm, and like I said, the premise is interesting and well thought out. I think there's plenty of potential for enjoyment here, it's just not my cup of tea.

TL/DR: Give it a try, but don't expect a masterpiece.

Reviewed at: Chapter 23: Plans To Survive The Trip

I'm not gonna write an advanced review cus its 11pm and I'm lazy, so here goes:

The premise is interesting, familiar enough to be comfortable with just enough freshness to keep it novel. Classic monster evolution, but this time our protag is a tamed beast and an eagle, which I haven't seen before. Grammar hasn't been a large issue, nothing that would break immersion. MC is pretty entertaining and I haven't been bored while reading. There is a clear endgoal for the MC as well as subgoals that keep you entertained and invested.

Easy recommend, it's fun, engaging and Lord of Flamingoes seems pretty invested, so I don't think it's gonna get dropped lol. Give it a try!

This is one of the better stories I've come across on this site. It is well written, and flows well. It has tasteful, infrequent pov changes that actually enhance the story. I don't think it warrants the warnings in the description, except for gore, but maybe that's in store for the future. I definitely recommend reading this one!

For the starting premise being that the MC begins with no memories, no cheats, and a set requirement that they become the strongest being on the planet within ~10,000 years, it really feels like they still have memories, immediately acquire cheat skills, and catapult from E rank to C within two weeks of landing. The power scaling feels inconsistent below B rank, and the protagonist has yet to meet a single challenge. I'm a sucker for monster evolution stories, especially when they start from nothing, but that's because they go from a terrifying world where almost everything can kill them to king of the (small) hill before moving on to deeper more dangerous spaces. Here, Nova begins on top of the food chain and only avoids a single higher ranked monster.

Grammar: Fairly regular errors, not so bad as to make it difficult to read, but easily taken care of by a quick proofread.

Story: Given that this reads as something of a passion project, most of my criticism is going to be focused on (hopefully) actionable details. The first is the premise. The Akashic Decree requires no cheat skills, but the very first thing it does is grant a cheat skill in allowing Nova to choose his evolutions. Whether writing in that it's the single major boon, or restructuring the evolutions so he can see what the requirements are before evolving, it's the first significant inconsistency. The second major thing, is rapid power creep. A Tier 0 Fireball is 1 meter across, bit large, but a Tier 1 is 10 meters. When Tier 1 already lets you throw fireballs the size of small buildings, by the time you hit Tier 4 you're already looking at killing cities. Given that the MC's partner hit greater C rank shortly after turning 18, that means calamity is within the grasp of any relatively dedicated teenager. City killing should be the province of the rare few elites in their field, on the order of Tier 8-9 (assuming 10 is the cap). Lastly, the wilds are empty given that monsters are essentially animals. There should be more than worms and tapirs in the starting forest. Try to fill all the niches, birds, monstrous insects, predators and prey. Wolves, squirrels, mantises, ants, other birds of prey, nature abhors a vacuum. Also, things of Nova's rank should theoretically be of a similar level of power. Rather than one-shotting everything, it should be his sapience that wins his fights.

Characters: A bit thin overall. The biggest issue is that despite Nova's "wiping" of memories, his personality remains largely unchanged, he still knows fluent English (the language of ~magic~), and has strong opinions on how wrong the collective knowledge of his new world's adventurers is. Other than growing to enjoy fights, he might as well have retained all his memories since he already seems to have a fully formed identity. My problem here is that with only the knowledge passed down by his Eagle bloodline, he seems to know the human class system better than the people living and dying fighting monsters. Basic knowledge that should be obvious to them is instead figured out by a bird that's effectively been alive for a single month and veteran adventurers of the highest rank in the kingdom listen to him as an equal. Katherine as a character is generally fine, though her thoughts and emotions are rarely fleshed out, instead focusing on how lucky she is to have picked up a benevolent cheaty monster. As an aside, there should probably be some sort of compulsion attached to taming, since otherwise, all it does is bring a monster that can vaguely understand you from far away to where you are. A single unexpected evolution, and suddenly the summoner is lunch.

Overall, there's definitely promise to the story. As it stands, it's a rapid and unchallenged climb to wisdom and power. With only 15 levels standing between the MC and entering the same rank as the strongest living humans, it seems likely that he'll remain on trajectory to complete a millennia long task within a single human lifetime. That said, if you're looking for an OP protagonist with all the answers, this will probably be right up your alley.