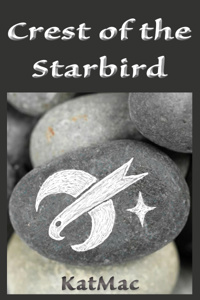 Crest of the Starbird

Starship Captain Rael Draconis, the leader of an ancient alien species, suffers an emotional blow that has her teetering on the edge of a dangerous insanity. Abandoning her titles and duties she retreats to an unspoiled world to try to recover, leaving everyone who cares for her behind, even her spouse. This new world contains many mysteries and challenges for her.

When a baby alien feline nearly dies in front of her, she finally realizes that she's not alone inside her head, and the madness is the result of some kind of mental parasite. Freeing herself is her goal now, but it's not as easy as it sounds, because the harder she pushes against it, the more it pushes back.