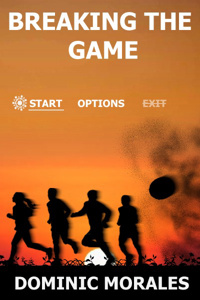 “Did you find anything?” Rex said as he searched the main room. He never could have imagined the sins’ quarters were this expansive. The central room that connected to each individual living space was bigger than most buildings. Weapons lined the walls, likely from Wrath’s crude attempt at decoration. A fine table acted as the room’s center with expensive silverware pre-prepared for any incoming meal. Expensive chandeliers hung from the ceiling. A warm fireplace was accompanied by several luxurious chairs. Finally, the handcrafted cabinets, chests, and cupboards held whatever items a sin would need and proved to be an adventurer’s worst enemy.

“Nothing over here,” Xander said as he slammed another drawer shut. This job had quickly become tedious. The Unnamed Team had gone from panicked and hiding to questioning and searching. Their new task was simple: find a key. Evidentially, the way forward had been blocked by the team’s most dastardly opponent yet. It was a lock. One that was well beyond the team’s capabilities with their minuscule lockpicking skills.

The group collectively swore under their breath. It seemed as if each of their shortcomings was on display during this trip. They couldn’t use [Stealth]. They couldn’t use [Perception] to notice those that did hide. The majority of their recreational or non-combative skills were pathetic at best. Although, even their combat skills were nothing to brag about. Every notable moment showed how they were out of their element. Fortunately, there was a silver lining.

“Aw, sweet!” Robyn shouted from Lust’s room. She knew there was nothing to find in the main room, and two people were already looking there. Exploring other rooms would make the search faster and more efficient. She may have been in a different area but her excited call was heard by everyone. Smiles appeared as everyone felt relief. The search was over. The Unnamed Team could finally progress.

“Did you find it?!” Nicholas asked in disbelief. He rushed out of Wrath’s room to see if the discovery was being presented. The weapons and armor in the other room were interesting to see, but nothing could beat escaping the area. It was exhausting to search for a single key over a wide range. Each room felt like a puzzle. A sort of unique perspective that better showed the inner thoughts of each sin. It was interesting to see. The good heroes could see behind the veil and view the sins for the people they were rather than the evil they represented. Unfortunately, the team was on a mission, so they needed to leave immediately.

“No! But there’s a shower in Lust’s room! Let me wash off this gunk really quick.” Robyn said. Her eyes were practically sparkling. They widened at the sight of something that looked like it hopped out of a modern magazine. She gasped at the sight of something so advanced. Her heart fluttered and nearly burst with joy. There was nothing that could ruin this moment. Not even the groans and annoyed comments could pull her head out of the clouds.

“We don’t have time for that!” Rex shouted. He slammed a cabinet shut for extra emphasis. Some of the slime that still clung to his armor dripped to the ground as if mocking him. The entire team was coated in the disgusting goo. They all would have loved to take a shower, but each person had their own priorities. The sound of running water echoed through the room in response to Rex’s outburst.

“I truly do apologize for this blunder. To think the Demon King would lock the main doors leading to his quarters and the throne room, but don’t worry! I know for sure that there’s a spare key here.” Skull said. The voice was once again muffled from within the sealed leather bag. No one on the team was comfortable conversing with a disembodied skull. It would have been much better for the lich to bring its whole body, but there was no going back at this point. Fortunately, expelling critical information and advice didn’t require working limbs.

“You heard Skull. Let’s split up and find that key.” Nicholas said. He clapped his hands together. It was obvious that nothing in the main room was worth searching for. Further investigation would be a colossal waste of time. They needed to find the key as quickly as possible. The Demon King was bound to have heard that the heroes were within his castle. If they took too much time, they’d be discovered and killed. No doubt the Demon King had shifted his attention to the present threat and was planning for every action. Every wasted minute was another closed avenue for The Unnamed Team.

Rex took off into the room that once belonged to Greed. When the four arrived, Skull gave them the basic layout of each sin’s room and where it was located. In Rex’s mind, it made the most sense to investigate this room. Greed was the man who wanted everything and strived to have it all by any means necessary. If there was a key to the Demon King’s room, it had to be within this area. As expected, the sin’s room radiated wealth. Gold and platinum coins littered the floor. Expensive outfits lined the finely crafted wardrobe. Accessories and the like were displayed in glass containers. Truly, Greed had only one real desire.

Xander sprinted into Pride’s room. To him, it made the most sense. Pride saw himself as one who stood above all others. Following that logic, the sin would undeniably fight for the right to hold the Demon King’s key. The regal colors and architecture that encompassed the sin’s room were borderline obnoxious. As was the bust of Pride’s head, the small statue of Pride, and the ornate painting of Pride that sat above the expensive bed frame. An armor stand carried Pride’s glamorous armor. Finally, his name was engraved in gold on each door and even the pillows. If any room could compete with the sin’s self-inflated ego, it would be this.

Nicholas wandered into Envy’s room. There was no particular reason for this choice other than the best options were taken. The evidence that she might have it was limited but still valid. Envy was a woman who despised others for having what she didn’t. Her inferiority complex drove her wild at times. At least, that was what Lust would say about her. The vibrant green room somewhat reflected this fact. It was plain and drab. There were no extravagant items. There were no symbols of wealth. Even Nicholas could feel a sense of envy when he compared his room to the others. Living in such a place would drive anyone wild when compared to others.

Eins took Sloth’s room. Again, the reason wasn’t solid. There was a chance the Sloth was entrusted with the key and simply forgot about it or left it somewhere out of sheer laziness, but that wasn’t why Eins chose this room. They were simply curious about the first sin they had killed. It was Sloth’s death that turned Eins from a measly slime to a Predator Slime. If not for that, the Demon Slime who proudly stood now may have never existed. They let out a small thanks to the messy room full of blankets and pillows, hoping that the sin was able to find solace in his eternal slumber.

Robyn was obviously in Lust’s room and had no intention of leaving. She did conduct a minor search but found nothing interesting. It was why both her eyes and mind wandered from the current objective. She found something her heart longed for, and she jumped at the opportunity. Unfortunately for her, it wasn't long before the fun and games would end.

“I found it!” One of the searchers shouted with glee.

There was a long moment of pause. Disbelief was in the air once again, but it didn’t last for long. The same voice called out. This time, it was a message of disappointment.

“Aw, I was hoping a theme song would play or something.”

Bio: Howdy ho neighborino, thanks for coming to my author page! The name's Dominic Morales. I'm just an average guy who likes to write. I do it whenever I can (if I'm not playing games or procrastinating). I'm also just constantly just thinking about story ideas and can't keep up with all of them. If you read something you like, tell me about it in the comments! I always love to hear feedback. You can also find me on Discord or Twitter (Delta0519#4887 / @morales_dominic).