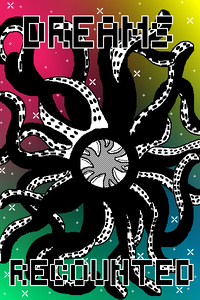 I am a short black haired girl.

Not much thought passes through my mind as I lay there on a hospital bed. Vibrant almost glowing cyan coloured mold has replaced all of my skin below my knees. Doctors surround me in a flurry of movement and sound.

They give me the choice of either amputating my legs or trying to save them but I might die. I get them to try and save my legs. Dying won't affect me much at all if any.

Instead of oblivion I open my eyes up to a familiar sight. My small palm rests on a small rock formation as big as me coloured royal blue. Looking myself up and down I confirm that nothing abnormal has occurred.

Time has reverted back to this point in my life, two months until my twelfth birthday. Everytime I die I always end up in this oddly constructed school with this stone. The upside to this is I'm almost immortal, classes get easier, and there are six other girls that share this power. The other six have their own unique stones placed randomly around the school grounds and we return to the same moment in time, even if one lives longer than another.

The downsides are life gets incredibly tedious, everything you work for disappears into nothingness, and we only have nine lives. This will be our third life.

Alongside the time travel we can enter a separate isolated reality to complete challenges. The other reality is inside an underground cave, in the centre of the cave is a giant tree stump. Eight thick roots shoot off of the stump and into the walls along the ground in a straight line.

Crystal balls arranged in a spiral wrap around the stump between the roots. Each one of the hundred crystals is its own challenge. Nothing can enter the challenge crystals beside us. I meet up with my girlfriend and I am going to start some challenges but as I place my hand on the crystal to push through nothing happens. My right hand wears a fingerless red glove which stops me from going through on account of it not being a part of me. I always forget about it.

Each challenge can only be attempted by an individual nine times before it cracks and is unusable for the rest of that specific timeline. We have long forgotten why we do this but we do it anyway for enjoyment and whatever forgotten reason we had long ago.

We agreed to each take a sector and rotate each timeline. It has become a competition between us and we keep scores.

After a few challenges we have to attend the school classes. I have long forgotten which classes I have so I rely on my body's muscle memory and hope I get to the correct class, which I do eventually.

I am late though and the other five travellers in the room laugh. I blame my lateness and being last on memory loss on account of dying but they don't buy it and say it's because I tried to avoid class, which is half true.

In the classroom is a single round table with an appropriate number of chairs around it. I sit down at my seat and we start. One of the other travelers pulls out a black inky liquid and molds them into coins. We each get our own coin and push our thumbs into them to engrave our fingerprints on them as they set.

Each coin forms a symbol on the other side, mine being a celtic cross. After the coin sets I get up and retrieve my bag that was in a cubby shelf, pull out a bag of lollipops, and pass it around. We don't have any specific reason why we do this but it's mostly just because of tradition.

The first task of class is to investigate an underground disturbance. These types of work are always easiest early on because of our size and flexibility. We pack and clean up then head out.

The site of the disturbance is almost a five kilometer walk form the classroom and close to a waterfall. We check behind the waterfall and find a cave tunnel leading down. The tunnel isn't very deep and ends in a dead end.

Another traveler pulls out an automated drill and sets it down and turns it on. The drill pulls itself upright and drills straight down as if the stone was water. A separate traveler from the one that brought the drill follows it down with a camera attached to her shirt so we can watch.

Not far down the drill reaches a small empty pocket before continuing deeper. As the traveler enters the pocket her feet sink slightly like the rock was mud. The bottom half of the pocket is made up of almost liquid marble and the hole made from the drill is slowly being filled in.

We tell her not to follow and to return to us but she continues anyway, digging away the top layer and jumping in the hole. The thick liquidy marble gets into the camera and destroys it so we have no idea what's happened to her.

I could have sworn her doing something similar to this is how she died last time.

From behind us, as we were focusing on the lost traveler, we get attacked by the final traveler with a knife, but I heard her running and dodged the blade. She always does this to try and end the loops and soon as possible but never succeeds. We outnumber her and she is definitely slightly crazy.

We always kill her as soon as we get the chance. We don't want to be always watching our backs when she's alive. We tried to help her or get some sort of peace agreement in the first loop but that ended in a fiasco.

Had this one literally last night.