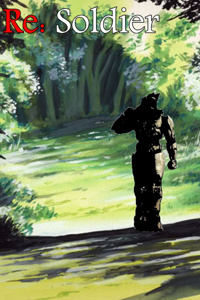 Ran was a normal soldier fighting during the ressource wars that ravaged the end of the 21st century. However he fell after an unfortunate encounter with the wrong end of a rotating cannon.

But instead of dying he woke up in another world full of magic and monsters, how will he survive ? Witness the fusion of futuristic science and fantasy in this thrilling adventure !