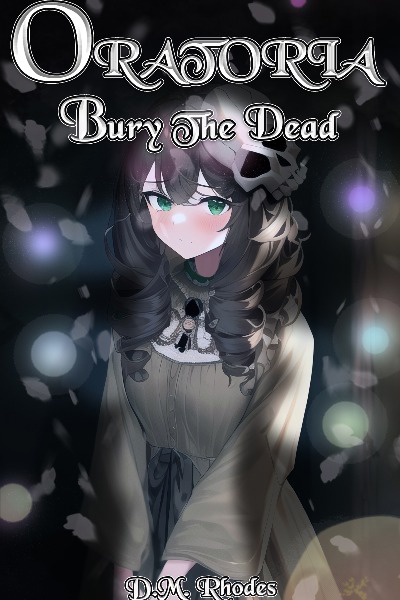 In the dark and treacherous abyss of Oratoria, Esper lives a solitary existence among the dead. Trapped in a lifeless prison, she makes a desperate bid for freedom as she sets out on a journey to the surface, guided by an ancient whisper carried by the winds. But the path ahead is fraught with danger, as strange and unseen forces conspire to stop her at every turn.

As she battles to overcome the grim machinations coming into motion, Esper discovers that her journey is not just about physical escape but also a quest for the truth about her past, her true identity, and the reason for her confinement in the abyss. Along the way, she will encounter a host of fascinating and mysterious characters, some of whom will aid her and others who will seek to impede her progress.

With her courage and determination, Esper must overcome the obstacles in her path as she races against time to reach the ever distant surface, which she so desperately dreams to see. Will she finally escape the abyss and see the light of day, or will she be doomed to live out her days in the depths of Oratoria? Find out in this epic fantasy adventure!

Reviewed at: Chapter 57: THE END

The whole read was a blast, very little downtime from thrilling action scenes that just will not let me stop reading.

Esper is just so endearing <3 , I could not help but be worried for her every step of her journey up.

Thank you very much for this amazing story.

Reviewed at: 10: Thump in the night

This is an absolute tour de force of the horror mystery subgenre, with a strong nod to Pan's Labyrinth.  There's something dark and creeping for you, but you don't know what it is.  That's what this is. Esper lives on a (literal and metaphorical) bottom-rung of a society built into the cliff-faces of a grand chasm. She desperately begins her journey up-cliff, only to be followed by the grim horror of (let's call them) the undead. This is so well done that I can easily imagine it being filmed on a budget with some clever shot composition rather than dealing with the insanity of a cliff-side society.

That said, I will admit I didn't finish it, but that's a personal thing. I read the first ten chapters, then skimmed 54-57, and the ending is really quite a trip.