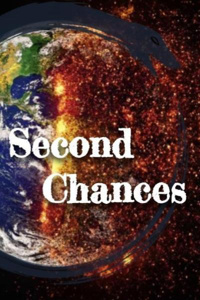 For most realities, being assimilated into The Collective with its System is just the beginning. For Oliver Grant, it was the end of everything he held dear. But with the System came the opportunity for a Second Chance to reclaim what he lost, if only he is strong enough to seize it.

So close, yet so far

Reviewed at: Boxes and Menus and Perks, Oh My!

I really wanted to love this one it's starts off with a compelling hook to start off the story. System integration, tutorial yada yada... you know the drill however the MCs wife is killed before the tutorial starts and he receives a magical cursed ring with a personality that has gone through the tutorial several houndred times before and actually has a motivation, the ring needs someone to do really good before the ring runs out of chances, great. The ring informs our mc that to get his wife back he needs to do perfectly in the tutorial and if he gets really really strong there's a chance to bring the wife back and in order to do so asks if the mc is willing to do whatever it takes to get his wife back and to follow the rings instruction. Awesome everything good, good setup good chemistry between the ring and the mc and a cool build, (spear thrower which I thought was unique and fun). Then it goes wrong after a few fun tutorial chapters we get a huge interlude dump consisting of multiple chapters of 4 side characters that you don't care about because they are introduced through infodump and then on the battle royal tutorial stage the rings One Instruction was don't pickup deadweight and what does or mc do he picks up 4 magically hypercompitent characters the author really wanted in the story. After he groups up with them his motivation just drys up. Like it would have been cool to see his motivations being tested through making tough decisions that have moral dilemmas but he just is like oh I don't want to be a bad person so I'm going to put these 4 random strangers ahead of me and my wife. To the author I would suggest a partial rewrite if you still want the side characters in the story have the mc face actual consequences for grouping with them instead of being rewarded or just write them out completely and add more personally to the ring, the buddy adventure was the strongest element of your characters.

im finding it really hard to read after the team up. it makes no sense, he suddenly lost his extremely serious and epic motivation and is playing 'mr nice guy' doing random boring stuff. last reviewer is right its a really good story that takes a steep nosedive after the random illogical team up. hes supposed to be mad with grief not on holiday wasting precious time and resources.

is he a guy who is driven mad with grief chasing resurrection or is he a guy just trying to have fun. pick one becuse he cant be both.

i havent gotten that far but theres been a mention of consumable stat increase items. if he shares these i will actually drop this story because loosing a loved one is life changing and world shattering, its like loosing both arms/legs, it never goes away. you cant go from a desperate mission to bring your yesterday dead wife back (she literally just died) to suddenly sharing the items you need to bring her back to life with strangers you just met, have no attachment to, and barely even like.

imagine you lost both arms, and had an item that would get it back, would you disregard that item? would you give it away? would you prioritise being a nice doormat rather than getting your arms back? thats exactly whats wrong with this story, not only does he continually ignore the ring, his only lifeline, he takes every opportunity to hinder himself. it would be beter if he at least faced moral dilemmas between doing the rigtht thing and getting his love back, but theres not even that. the way the mc behaves is extremely unrealistic. the only explination is that he didnt love his wife at all, or even like/care about her, he just wants to have fun. as soon as the team up happens it becomes extremely silly and proceeds to get worse. i skipped to the latest chapter and can see its gotten worse. it went from five stars to 1 star. the 2.5 is for the lost potential because thi could have been really really good.

the author is extremely talented, more than most, and hopefully this will help them write better stories. the writing is top notch, its just ruined by poorly thought out unrealistic choices that ruin what would have been a good story

Reviewed at: Party Up

This story has the makings of something special, I think.

The first chapter hooked me more than anything on this site ever has. With a few paragraphs, the depths of loss and sorrow our MC felt were powerfully conveyed and as a reader I felt an immediate connection to them as a result. As the chapters progressed, there were moments that delicately expanded on this already amazing foundation, and the main character's motivations feel incredibly real and present in their decision making.

The expanded cast is developping well, each charming me in their own way.

It contains several classic LitRPG elements and while it doesn't push the limits gimmick-wise, it instead is applying these elements to characters that make me eagerly await a new chapter. How well this is maintained will be important as the story progresses.

Thinking back, at no point did a grammar or spelling error pull me from my engagement with the story to the point where I don't even recall spotting any.

I had a small pile of new-ish stories on the site I spent the day flicking through and it is almost a shame I read this one first since it eclipsed all the others in my humble opinion.

Cool story with an interesting concept

I generally don't like stories with multiple leads but this one is great. It feels like a DnD party with a really cool dynamic.

Furthermore, this story brings in some interesting ideas to the concept of post apocalyptic litrpgs, its freash and interesting.

Honestly I am looking forward to how it progresses!

Reviewed at: Boxes and Menus and Perks, Oh My!

1)Excellent character work on MC.
2)The system apocalypse and the system itself are extremely well done and compares favorably to the best on RRL.
3) Fight scenes enjoyable and are above average. Not zomg amzeballs brilliant, but definitely entertaining and engaging.

4) Plot is solid. There are sevel different kinds of conflict that are present for the MC to face

Counterpoint to negative reviews about a lack of murder hobo-ness: (it's a vague peek into the genre of the plot, but I put it in a spoiler to be safe)

Title says cursed ring. Blue box identifies it as cursed ring. Guy promises cursed ring ANYTHING to bring wife back. Character growth and conflict happen because guy tries to figure out what "I'LL DO ANYTHING!" means.

Most stories use the death of loved one as just a veneer to justify writing a one dimensional character who becomes an edgy murder hobo. If you want only that, you will be sorely  disappointed

Don't get me wrong, I love the classic LItRPG murderhobo and mayhem story where the sole goal is to become as powerful as possible. Nothing beats this genre to give delicious delicious popcorn entertainment. The sheer cariety of different ways you can write the system makes this genre amazing.

But this story breaks the mould by trying to write a complex character and it actually seems to be suceeding. Instead of just "become stronk! punch villian!" as the sole source of conflict, the conflict includes internal character growth. (Yes it also has plenty of action and interesting powerups)

Face it, no matter what LitRPG story you read, no matter how hard the author tries, you already know the ending: even more power ups and the blue box saying S-tier level 999 Fireball. In this story you don't know the ending to the big conflict. Because there is no last minute power up that the author can give to solve the problem of who you really want to be.

The best part of this is that there is the bare minimum of angst. I would have dropped it like a hot potato if the MC was angsty, but this one has only as much as the situation demands. Very manly :P.

The character starts off overwhelmed by grief and is in a constant battle for survival. The story organically introduces experiences and relationships that cause him to re-grow into a more complex characer.

I like the tension between getting his wife back vs. the risk of turning into someone she would hate.
He wants his wife back. She is dead now and can't really object. She will definitely be happy to be alive again and be back with him. But once she is back will she wish she were left dead because the cost to other innocents was too high? If she was the kind of person to sacrifice herself to save more people do you bring her back at any cost OR do you try to keep her spirit alive by leading your life in a manner that she would want you to? On the other hand survival and happiness of you and your family is more important than random strangers. How does one balance the two?

The side characters of his party are all unique. You may not relate to all of them, but every one of them resembles someone I've seen in real life, or their reasons make sense because of their backstories. They make a good party for entertainment purposes (complementary powers and personality), but the great thing is that there is an excellent within-story reason about how they found each other so quickly.

There is a girl who is motivated by curiosity but doesn't want to fight. Not because she is an extreme pacifist or a nervous wreck, but because she thinks in a very realistic manner for a normal person.
There is a kind old lady who thinks this is a bonus second chance after she had resigned herself to dying alone of old age. So she is quite chill about the world ending.
There is a brainless but cheerfull and friendly brawler. She is the comic relief but you all have such a friend who will do shit for lulz.