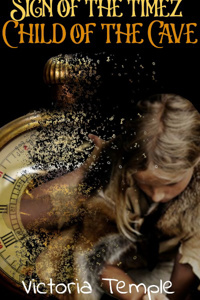 Chapter 3: The Gods are mad

Dad was blaming me for the crop being destroyed. He was sure that I had an evil spirit in me and this would be the doom of the family. The truth is this was founded on the fact that I was not a boy. He thought I was a punishment from Gods for something he has done wrong. It made me think did my real dad want a boy or a girl?

The next day, I was helping cooking. Everyone was asking how we would eat. The elders were saying we should do what our ancestors have done. They fished and hunted. It would be a hard winter. I never tried to be hungry before. There was always a supermarket full of food. The only people we saw hungry were the children in Africa. That was on TV.

While I was cooking, I said a short prayer to God. I asked him to help us not starve and if he can find some way to send me home. I admit that I was crying. I was afraid and I missed my family so much. The problem was that Bluebell heard me praying and asked why was I praying to a strange god. She wanted to know if it was the demon that everyone thought kidnapped me. I told her not to tell anyone about what she just heard and I would explain it sometime. I assured Bluebell that I was not praying to anyone evil.

I changed the subject and asked her did she ever think about the future? Then I talked that the population will grow, and there would be cities. I explained that there will always be enough food and people could get their food at supermarkets. If they did not want to eat food they could go to a restaurant and have cooks make food for them. They could also get fast food, which is made in minutes. Bluebell was spellbound as she heard this. She hugged me and told me that I was a great storyteller.

I went into the little hut. Mom was sitting before some wooden figures mumbling some words. I sat next to her figuring that it must be a shrine to the Gods. Mom smiled at me and said that we had to beg the Gods to help us through the winter and forgive us for what we did bad. This made me ask was the crop destroyed because we have done something wrong.

"Who knows how the Gods think?" Mom explained, "It could be a punishment. Maybe some Gods feel forgotten and maybe some think we are not living the way we are. It can also be a God that is bored and wants to see how we deal with a crisis. The thing is that you need to help as much as you can during this hard time. We cannot be worried about you. The tribe will need everyone's dedication and help."

Dad grunted as he came into the hut and shouted that he just spoke with the wise elder man. He was in a trance as he said that I did not belong there. I was too different. The Gods said that I was an intruder. Of course, the man was totally right, which surprised me. However, Dad thought it meant that everything that went wrong was my fault! I had evil and the tribe was being punished because of this!

Dad ordered me to sit down. He told me as soon as I showed signs that I was a woman, I would get married. He also told me who. It would be a man that was twice my age. At first, I could feel myself get sick over the idea that I would be getting married. The man had crooked black teeth and was as hairy as an ape. I looked up at Dad as he said he will not discuss it. He just could not wait until this man took over my evil heart.

I rushed out of the hut and hid under an old tree. Yes, I was crying as what 11 years old would not with being married to someone she did not love, and at such a young age. I closed my eyes and really concentrated I was hoping that this would take me to the future. I was so desperate that I started mumbling words like Acre ka Dabra and clicking my shoes three times. Nothing worked

Bluebell came to me and asked me to tell her about the future. I knew that she was probably trying to cheer me up. So I told her when an adult tried to do naughty things with someone under 18, he would be hated and thrown into jail for years. When a girl was old enough, she could marry the man she wanted and the man that she loved. Bluebell started laughing and saying I had a great imagination

Mom found us and admitted that she used to sit under this tree when she was a child. She told me life had been hard for her. She was also told when she was very young when she was forced to be married. She had 7 children, and only two have survived. I could tear welling up. I remembered back to history class when the teacher told us that cave people did not live very long and many died as children. I could understand that mom had a hard life that seemed so unfair.

I gave mom a hug and told her that I would never marry until I was old enough and was in love. Mom smiled and said let's hope I never start puberty. Bluebell and mom left and left me to feel sorry for myself

I froze as I have seen the men of our tribe fighting some men I never saw before. I just froze as I saw the men fighting. Bluebell was in the hut and she shouted at me telling me to come to the hut for safety.
It was too late. One of the strange men stood before me. We looked at each other for a while and then he lifted his spear. He looked as if he was going to throw the spear at me. In fact, he was going to do it! It was like it was slow motion, as I could see the spear cruising through the air towards me. I was still frozen and did not move. Then I could see a blurry object. It was Bluebell. She must have seen the man throwing a spear at me. She ran as fast as she could and jumped saving me from the spear. Now she laid on the ground with a spear in her body. At the same time, Dad killed the man that threw the spear. The fighting was over.

I sat beside Bluebell, that was in a lot of pain. Mom came and despite she was crying, she managed to pull the spear out. I could see that Bluebell was in so much pain. She looked at me and asked me to tell her about the future. So I told her that people could fly. I tried to explain what an aeroplane was and explained a person could fly anywhere they wanted. Bluebell said that it would nice to be as free as a bird and see everything. Then she went quiet. I looked down at her and could see she was not breathing.

Mom started screaming and shouting. In fact, many were screaming and wailing over a lost one that died in battle. I heard someone say that it was a rival tribe that attacked. It made no difference, so many people died, including Bluebell. Dad looked at me and told me that it was my fault. I only bring misfortune to the family and tribe.

Over the next few days, I could not stop thinking of Bluebell. She was my sister. She was a friend. Dad really needed parenting skills. I mean who tells an 11-year old that everything is her fault. Still, in a way, he was right. I kept thinking that I should have listened to Bluebell and her warning to get into the hut. If I have done this, my life would not have been in danger. Bluebell would be alive today.

The funeral of Bluebell was hard. She was of course burned. Mom was holding me as Dad was ignoring me. I was crying. It was so hard to say goodbye.

After the funeral. The high priest shouted that first the crops were destroyed. Then the tribe was attacked by another tribe. It was obvious that the Gods were mad at the tribe. He announced that the tribe had to sacrifice, and it had to be the ultimate sacrifice.

Everything happened so quickly.

Dad pointed at me and then everyone else pointed at me. Before I knew it strong men were surrounding me and binding me up. Mom was crying and shouting. She ended up on her knees begging. I had no clue what was happening. The high priest had me on an altar and I was tied up. I looked around and there was quietness. I was so afraid and asked why was on some stone altar. Why was I tied up? I tried to tell them that no child should be tied up. It must be against some law.

"The Gods are displeased with us!" the high priest said, "First this young girl went missing and when she returned, she was not the same. Her father says he believes that she is evil and wants to destroy this tribe. Since this girl came back she had questioned the way we live and talks about humans flying or not working for food. What has this girl done to anger the Gods?"

I tried to protest, but the high priest told me to shut my mouth. He continued. "We all know the Gods are mad at us. They destroyed our crops and many died when our rival tribe attacked us, killing many! The Gods really are mad. We must calm them down!"

I could hear mom pleading and asking them to spare my life.

The high priest looked in my eyes, "You will be sacrificed to the Gods. We will be in their favour again."
I screamed no. I did not believe they would kill a child, I could see the high priest raising a knife. Then I shouted that "I should have listened in history class."

Before the priest could kill me. The clouds went very dark. It was like nighttime.

When I woke up, I was so happy that I was not dead. However, I was not home. It was like I was in some Roman field.

A note from Victoria Temple

To be continued on the sequel
Signs of the Timez - Were you there?