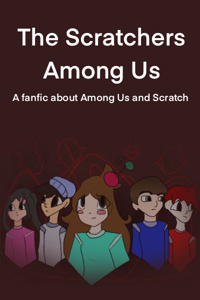 When everyone met back up in security Lilly noticed Potato was not there. Lilly was not that concerned considering Potato usually was late on the first day of school but the little piece of her mind in the back of her brain was telling her that something was wrong, but Lilly didn’t know what it was. She sat there ignoring everything that the others said, wondering what was wrong. She felt that something was fishy and it had to do with one of the crewmates but she didn’t know what. She decided she’d investigate but a few moments later she pushed the thought back to the back of her head as she tried to to concentrate on what everyone else was saying. Skelly ran to them with a skip on his step and said “I finished all my tasks, all but in medbay! Anyone wanna watch me come scan? Sterlon? Alyelle? Lilly?” Sterlon replied with a frightened look on his face “Last time I did that I was betrayed and that’s how I got here! I don’t want to die again!” Skelly had a questioning look on his face. Lilly expected that he was thinking about what Sterlon could mean. Skelly was the first one to be sent here so he hadn’t been there when Lilly had killed Sterlon back when this was all just a game. Lilly told everyone she had a few more tasks to finish and headed towards electrical to see if Potato was still working on wires. She knew that it wouldn’t take that long to finish that task, it was THAT easy so she was now extra worried. “What if Potato was killed by Kaj?” The Cafeteria was close to electrical so maybe Kaj had seen him and… she didn’t want to think about it anymore and when she reached the room she was in horror to see that Potato wasn’t there. She had a weird feeling that she thought she knew where Potato was… and he wasn’t alive.