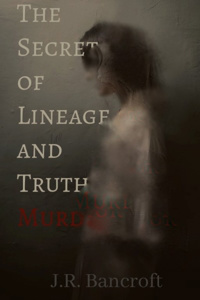 The Secrets of Lineage and Truth in Murder

Remove Ads
Next Chapter
A note from JRBANCROFT

His body lied there silently. His face was covered in blood. The blood streamed down from the side of his head and gruesomely contoured his jawline.

Moments before, he entered that alley. It was just after lunch. He stood at the end of the alley that was furthest from the main road. The sun was vibrant and streamed past the entryway.

He was wearing black dress pants, with a very crisp white shirt tucked into them. His shoes were a fine black leather and over his white shirt, he was wearing a black suit jacket and a wool overcoat that went past his knees.

He was waiting for someone. He discovered something and he needed to tell someone he could trust.

He finally saw a figure emerge from the shadows at the end of the row. He began to walk towards him and when he was close enough to see his face clearly, he stopped.

It was not who he planned to see, he had not expected him at all. He was always prepared but that scenario alluded him. He placed his hand against his chest making sure his gun was still there, usually a gesture of comfort rather than necessity.

What he didn’t know was that the man was already holding a gun. He usually relied on the few seconds it took for the average person to reach for their gun, he found that even a skilled policeman took time, time that he learned to bank on. That day he was caught off guard, the man lifted up his arm and it was over. The gunshot rang out. The sound filtered quickly through the alley and almost instantaneously his body hit the ground.