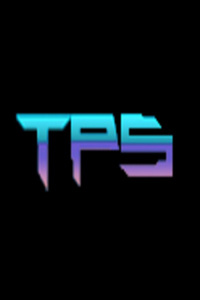 “The passcode is Janus,” I knocked thrice on the door, making sure no one was watching before entering. Inside the narrow corridor, an endo handed me a single YOLOL chip, nodding at me before walking out through the door I walked in. Not wasting any time, I linked the chip with my Universal tool, confirming both the pay and target. Sighing, I started a call to my handler, crushing the YOLOL chip as I waited for them to pick up.

“This is Handler, go ahead,” the voice on the other end said, trying to speak over the background noise.

“Handler, Hunter. Ready for brief and confirmation of target.”

“Copy, proceed to the target area and stand by for brief.”

Moving through the corridor, I emerged into an overhanging mezzanine, looking over a crowded museum. I took in my surroundings, watching the slowly thinning crowd flooding the exits. Through the skylight, the Second Kingdom Battlegroup, King’s Bastion, loomed overhead, slowly being refitted by the Royal Engineers with more up-to-date turrets and ships. The war had left the Kingdom both undercrewed and under-armed, forcing them to adopt guerilla warfare in a bid to slow the Empire down. All cards were on the table, and the Kingdom’s hand was forced.

But the crowd seemed pretty calm, the complete opposite of the wartime attitude adopted by a number of Kingdom Admirals. Optimism filled the air among the civilian populace as many went about their day, unconcerned by the ever-growing cost of materials. Peace had been ingrained in the lives of most for too long…

I noted the number of exits and the guards stationed there, trying to remember the layout of the area. Sniping was never my forte, but it was a skill required for scenarios like this. I quickly took out my rail rifle, making sure it was zeroed in before contacting the handler again.

“Stand by, Hunter, we have the client here who will brief you,” they said, causing slight static as we waited for the client to connect to the same channel.

“Is this on?” the endo sarcastically made some noise, as if acting like their radio was broken. “I’ll assume this is on. No names, so today, it’s Py. We have good information that the target will visit the historical museum where you are and tour the area for some time. Your objective is simple. Eliminate the target and anyone who comes between you and him. Any questions?”

“Yes,” I replied, lying down in wait for my target to appear. “If you’re so sure that ending the war starts with them, why not do it yourself? Commit war crimes and some collateral damage and you’d single-handedly stop a war. So why hire the most expensive bounty hunting service-”

“First off, you’re not paid to ask me that type of question,” they interrupted, making some sort of disapproving sound. “Secondly, I would’ve gotten my subordinate to shoot the target himself were it not for the King’s Bastion right outside. My plans shall not be compromised by the capture of my own endos. You, on the other hand, are resourceful, and no one would know who was the one who hired you and put you on that mezzanine. Now, if that’s all, I have a business deal to work out. Good day.”

“Hunter, Handler,” they said once the client had left the channel. “Keeping this part off the record, but that endo is paying us the price of two Centurios to finish the job. If they weren’t in such a hurry, your questions would’ve cost us the deal. Is my point clear?”

“Alright. Now, when we get back, I’m treating you to-” Handler said before stopping, the background noise suddenly becoming much louder. “Verify that for me, Watcher. Hunter, be advised, the target has entered your area. You may fire when ready.”

“Handler, roger. Going radio silence,” I replied, closing the channel and preparing myself. A sigh was let out as I checked again on the number of people left in the hall. The crowd had thinned out, many stragglers still making their way towards the exit. The guards near the exits seemed relaxed, engaging in small talk, their weapons holstered. I nearly laughed when a small detail walked into the hall, not even hiding their intention of checking for anyone who may pose a threat. Taking that as my cue, I readied myself, finger on the trigger as the target walked out from behind the doorway.

A shot connected as my rail rifle recoiled, sending me slightly backwards from the force. I looked up, staring at the massive hole that bored through the weapon and looked in the direction of the shot. The unmistakable gold cape shone above the skylight, its owner’s back already facing towards me as they took off, flying straight out of view and leaving me in my predicament. Gunfire rang across the hall as I dropped my weapon, the guards now on alert and behind covered positions, not caring for the now scrambling crowd.

“Handler, Hunter!” I quickly made a dash down the wall, getting into cover and readying the pistol at my side. “Opportunity missed. Moving on foot!”

“Roger. Give them hell.”

Silence filled the room as I started counting down from ten. At the count of zero, I ran out of cover, shooting the endos that had walked out to investigate. Gunfire resumed as I moved from cover to cover, taking out any of the bodyguards dumb enough to approach me. Taking no chances, I made sure each guard had a healthy share of bullets, reloading before moving on.

The bodies kept dropping while I made my way towards the direction of the target, trying to keep up and locate them. Bodyguards continued to impede my progress, trying to stop me in my pursuit. In the brief moments I had, I wondered why the guards were so willing to block my advance after my display, as if like lambs to a slaughter.

Emerging from the body-laden corridors, I burst out into the hallway outside, looking around and trying to find my target. Through the sea of endos, one stood out from the rest, their two horns sticking out prominently from the crowd as they strode towards my direction.

I moved into the crowd, trying to quickly close the gap and take the shot. The crowd seemed to part before me, hastening my advance. My weapon remained beside me, held tightly in a vice grip. Neither had I seen a guard among the crowd nor a weapon on the target itself. Time seemed to slow as I heightened my senses, keeping my eye on both the crowd and the target themself.

Just before reaching them, an endo obscured my view, preventing me from maintaining a line of sight. I quickly pushed through, trying to re-establish contact.

Only for the target to disappear before my eyes.

“Handler, Hunter,” I tried to find the target, looking around the now bustling hallway. “I lost sight of the target. I need Watcher to find them again.”

I barely had time to hear those words before electricity arced across my body, locking me in place. The familiar sound of a running arclighter hummed behind me, forcing me to look forward at the target. The endo who rules the Kingdom…

Their Majesty, King Joel the Just.

“Mouno Jarid,” they said, their voice booming, their hand gripping a revolver. “You are charged with the murder of twenty-eight endoskeletons and the attempted assassination of a prominent head of state. Your verdict is death.”

I tried desperately to move. To grab the weapon now pointed at my torso. To escape from the scene. To say some last words…

I could only see a flash as the revolver fired…

“Have you sent for Alpha and Omega?”

“I have your Majesty… Marksman’s information was good. If he hadn’t tipped us off...”

“Gamma Squad wouldn’t be our only sacrifice.”

“And that’s why I’m concerned about this whole... Fiasco.”

“Why is he making a move now? He didn’t need to order a hit on your Majesty to prove-”

“It’s fine, Damien. He gave us an excuse to recruit Jarid.”

“Brief both squads. They can bond with their new member over a mission.”