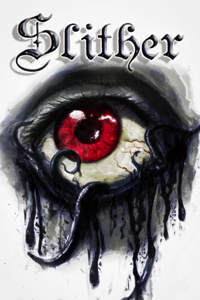 The county of Ameria is cut off from the rest of the world as an infection ravages the population turning ordinary citizens into flesh-eating monsters. A group of survivors, consisting of various fantastic races, struggles to navigate this waking nightmare. Connected by their small-town roots, they struggle against monsters, mysteries, magic, and their own waning senses of morality.

[Contemporary Setting with Fantasy races in a Zombie Apocalypse]
(This story uses races and terms from D&D. While knowledge of D&D is not necessary for reading pleasure. It will explain some of the choices I make. Anyways. Enjoy.)

Should be a movie!

Reviewed at: Interlude: The Second Transgression

Reviewed at Interlude: The Second Transgression

In a world where fantasy meets the modern-day, and races like minotaurs and dwarves live side-by-side with humans, a plague emerges.  An outbreak of the undead, reminiscent of Resident Evil, threatens the world.

Part of that outbreak is in a town that the government is quick to quarantine.  There, three many people fight for survival against the hordes of the undead and each other in a twisting series of heart-pumping fights, chases, and betrayals.

Follow along with these unlikely survivors--a conman, a serial killer, and a real monster in human guise--as they navigate their new reality

Style Score: Like Bard's other work, his unique style of writing impacts this fast-paced action-adventure in a way that makes it a fun read.  His first chapter, though, takes this style to an extreme by bouncing around too many different scenes from a 3rd person omniscient point of view to paint a picture of what's happening around town.  While it certainly does that, it feels disjointed and makes it difficult to identify who I'm supposed to be rooting for at the onset of the novel.  This may deter readers who don't realize that the rest of the story isn't like that.

Grammar Score:  I saw now grammatical, tense, or punctuation errors.  Not that I'm the best at finding them, but I didn't come across any that caused me to lose immersion.

Story Score:  This story should be a movie.  Really.  But it isn't.  Its premise is excellent.  It's plotted well.  It's extremely fast-paced.  But that is as much a benefit as a deterrent at times.  With the plot moving so quickly, it can be difficult to sympathize with the characters in the story.  I'll revisit this once the story has more chapters posted, and perhaps feel differently at this time.

Character Score: Characters are all individual and speak with their own voice.  The main characters all have interesting backgrounds that could be compelling, but the 3rd person omniscient POV gets in the way.  A 3rd person limited would allow for more characterization in the story and allow me to understand and care about the three MCs more.  This isn't to say that they aren't interesting - they are, but... at this chapter, I don't feel attached to any of them.  I'll revisit this once the story has more chapters posted, and perhaps feel differently at this time.

All in all, I think worth checking out.  The novelty of the storyline by itself should warrant that.

Zombie story in a fantasy world!

This hits beats I’ve hoped for but not seen before. A zombie story in a well established fantasy world. Although, as it is stated in the summary, this story uses D&D terms, knowledge of D&D did not feel necessary. I have no past experience with D&D but I didn’t find myself lost or confused. The author explains when necessary and builds the world around these details.

Story: This story predominately follows a band of people as they struggled to deal with a zombie virus outbreak in a small town. I very much enjoyed the inclusion of the snippets at the beginning of the first chapter which allowed the reader a good insight into the world and some of it’s norms.

Style: Third person, present tense. This threw me a little at first because I’m more used to past tense but once I got used to it, it wasn’t problematic. It was gripping and kept good pace. I found myself clicking the next chapter button without reading and was genuinely disappointed when I hit the final chapter. My one gripe would be that the chapters are short. I understand that this is intentional but I think that sometimes it would benefit from being a little bit longer so that the world and the horrors can be more fleshed out.

Grammar: Mostly very good. I noticed one or two missing commas but no spelling mistakes or strange phrasing. The grammar in dialogue wasn’t always perfect but again, this doesn’t distract from the overall story nor did it detract from my enjoyment.

Characters: Well defined characters with good and distinct personalities. They are interesting and all have backstories, motives and desires. My one complaint here would be that I think that this story would benefit from more emotional involvement because I think that this can really add to the horror of the world.

Overall, this is worth reading. If you enjoy gory, gritting horror then this is the perfect book for you. It’s a fun concept that is executed very well and well written.