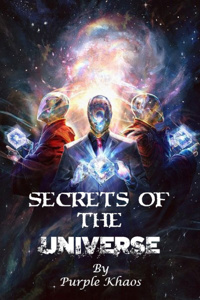 After taking a deep breath, Jake began his plans.

He ran faster than he had ever in his life. Closer. Closer. He was getting closer to the exit point….and also to the zombies.

Sweats dripped down his forehead as he thought, 'The way is blocked. I have to pave a path, but the problem is the horde of zombies behind me. They won't wait for me to pave my path.'

He clenched his fist. Right now, he had no weapons. He could only rely on himself, on his fist.

One of the zombies ahead of Jake spotted him running. It alerted its fellow zombies.

Jake already knew that would happen. Still clenching his fist, he inwardly shouted, "It is now or never!"

Like that, Jake went into battle unprepared. He didn't know his enemies, didn't know their weak points. But did it matter? Would his enemies give him time? Would the horde behind him let him take a break? No!!

Channeling the momentum gotten from running, Jake took a huge leap in the air. As he was descending, he landed a punch on one of the zombies. It fell down flat.

Before Jake could celebrate, the zombie stood up back.

Jake shockingly thought, 'Even though I wasn't expecting to kill it, it kinda shocks me that it could easily get back up after taking my punch.'

Seeing one of them fall, the rest of the zombie group rushed at Jake.

The first one to get to Jake was swept off his feet.

The second one was kicked down.

The third one was punched with terrifying anger.

While Jake could easily take down the zombies, he couldn't waste his energy here. He knew that fighting was pointless and all it would do is hold him up. The zombies were like an endless swarm of bees and one doesn't fight that or else he/she would get a face makeover.

With every zombie Jake took down, he would advance one step towards his destination. If it was humans Jake was fighting with, they would all be dead by now. But Jake wasn't fighting humans, he was fighting zombies, the legendary Undead. Even after receiving his attacks, they wouldn't stop. Even after losing a limb, they would still crawl.

Three meters to his destination, more zombies came at him.

Jake was sure he took down a lot of zombies, but the damn zombies kept rushing back.

He was about to attack another zombie when he felt a sharp pain in his leg. It was a zombie gripping him, its sharp claws were tearing into Jake's beautiful flesh.

Blood gushed out of his injury and Jake screamed, "Ahhh!!!"

Intense anger coursed through his veins as he kicked out the zombie's head like a soccer ball.

At the same time, he kicked high at the other zombie.

Jake was taught combat skills by M. While he couldn't access his energy due to his biological parent's seal, he had at least learned how to defend himself.

Bending his head backward, Jake flipped over an incoming zombie. He furiously smashed the zombie's head to the ground.

Jake proceeded to eliminate the other zombies. At this point, he had lost himself to bloodlust.

He smashed through zombies one after the other. His attacks were getting weaker, evidence of his waning energy.

It was only after the last wave of energy left him that Jake came back to his senses.

He found himself surrounded by a group of zombies. Spotting a zombie with a twisted leg, Jake grimaced, 'Wasn't this the zombie that I kicked?'

Jake spotted other familiar zombies. They were all alive and kicking with vigor.

It was then reality dawned on Jake. He realized there was no escaping this undying group of zombies.

Looking back, he realized that Nico, Lola, and Jaya had caught up with him with the horde of zombies, larger than the group of zombies Jake was fighting, behind them.

Despair snaked in his mind. He could see no solution to the current situation. Horror dawned on him as he realized the terrifying truth.

Jaya was amazed by the skills of the person they saved.

While running from the horde, the trio met little to no trouble as Jake had already swept past most obstacles for them.

Imagine to their horror when they found the young boy stopped dead in his tracks by the same group of zombies he had fought with.

Jaya seeing a way past their problem hinted, " We can still survive. The zombies have their attention on the boy. We can use that to our advantage."

Understanding the hidden message, Nico retorted, "And what? Leave him to his death. I hope you know that he is the reason we have hope. He is the reason we are still safe and sound...and you want to abandon him?"

Nico couldn't do that. He was an honest and kind boy. If there was someone that needed his help, he would do everything to help the person.

His sister, Lola, knew his character. She bitterly smiled at Jaya, "Jaya, you know Nico. Once he has set his mind to something, there is no going back. He is too stubborn."

Of course, Jaya knew about Nico's straightforward character. She sighed as she made up her mind, "Ok, let's help him out, but I hope you know that we have a ninety percent chance of death doing that." She said as she ran towards Jake.

Having accepted his fate, Jake felt at peace.

That was until he saw the trio running towards him. He was confused as any sensible person would know to take the chance and escape. Even he would do that.

"Fools. All of them. Don't they know that they would die trying to save me?" Jake uttered as he couldn't comprehend the mind of the trio.

He watched as the trio came to him.

He calmly asked them, "What are you doing?"

Nico scratched his head as he gingerly replied, "What do you think? We are saving you. We can't let a friend slip by our hands."

Hearing that Jake got a full picture of what occurred. He thought, 'Ha, that idiot, Nico, is probably the one that dragged them into this mess. Yet, he is still smiling like a pervert, oblivious of his ascertained death.'

Jake hid his disgust as he asked the only sensible one in the group, "Do you know what these monsters are? "

He met the trio here, so they might have known more than him.

Before he could get his reply, he was rushed at by a zombie. With newfound strength, Jake swiftly took care of it.

"They are called Zombies. Aim for the head. Avoid their bites" Jaya quickly told him everything he needed to know.

Jake absorbed the information as he thought, 'The head….They have strong heads. My fists can't decapitate them. I would need a weapon.'

He battled another zombie as he was thinking.

"Jaya, do you have any weapons?" Jake shouted.

"No. We told you we woke up in a cave in the forest. We had nothing with us except our clothes. We used stones to kill zombies, but it wouldn't work in this situation," informed Jaya.

Jake agreed with her. Stones would only serve to delay the inevitable.

Having not found any weapon, Jake knew that he had to settle for what he had. His body.

Suddenly, Jake heard a loud sound. He looked back and what he saw made his face turn white.

In front of Jake, was the horde of zombies….