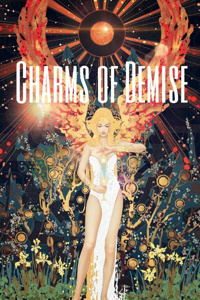 Tierra, a world abandoned by its childish creator should've been long extinct. However, the creatures in it still thrive for their survival and pray for their God to return. But thousands of years have passed, and not everyone believes in a God that has abandoned them. They have turned their eyes to greater beings, the real Gods who have cared and lord over them.

Nova Estelle Clarke was just an ordinary, depressed young adult who took her own life. She wanted either non existence or a chance to reunite with her lost dog. Instead, she is greeted by a chaotic party, convinced that she is a cult's vampire goddess. Of all the universes and worlds she could reincarnate to, it was in a story she had abandoned during her teenage years.