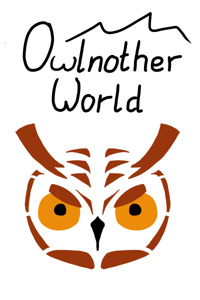 Chapter 80 The Trap is Sprung

The undergrowth rustled as the tightly packed deer herd moved closer. Vivi sat on a branch directly above the trap. I was a little deeper into the woods. As the stag crossed exactly where we had planned, poisoned sticks rammed into its body from the nearby plants. A pained shriek left its throat and the animal collapsed to its knees. In the corner of my vision, Vivi jumped off the tree just as I flapped my wings. Dark, fuzzy feathers shot out and hit my target on its back and side just before my friend landed. I turned away as she started to cut into the stag and let out an [Intimidating Screech] at the deer. I forced all my willpower into it to make them freeze.

I chanced a glance at the stag and saw it on the ground, its head lowered. Vivi was nowhere to be seen but a large amount of green-tinted blood oozed from the animal's wounds. It was in its death throes, I could focus on the deer without worrying. I had spent maybe a quarter of my mana on ranged attacks by now meanwhile guiding shadows towards the animals. My feathers had no effect on the herd though the blurry outlines around the animals made it difficult to distinguish if I had missed or my attacks were repelled. It was time for a change of tactics.

I shifted through the shadows and brought myself right above the first doe behind the stag. Dropping the last bit onto its back, I broke the magic hiding its outlines. My talons gripped onto the hide and two quick steps brought me towards its head. I held on tight with one foot and slashed at the animal's neck with the other. My metal talon scraped along its hide scratching a deep furrow into it. There was no blood. Rather, it looked like I dragged my claw through a patch of tightly packed dirt. The doe bucked, but I held on. Another slash at the same location drew a thin spray of red droplets. Not enough. A pained bleat came from just in front of me and was answered from not far behind. I pushed my talon forward a third time and turned my head at the same time. Just behind me, I spotted the blurred form of another doe. It was moving, as was the rest of the herd. My screech had worn off. That seemed far too fast compared to my experiences.

Luckily, I had my shadows spread out once again. Once my third strike had finished, I immediately shifted two metres to my left. Not a second too early, since the doe struck at the shadows I left behind with its head. The one I had attacked crumpled to the ground, twitching in a pool its blood. I had to take to the air immediately with another doe running up to strike me. I did not want to shift three times for a single kill. Twice was already far too much in this situation. I needed a stronger attack to cut through these hides.

Just then, a blur of water shot into the herd and just as quickly left on the other side. It was followed by a trail of red and another doe collapsed. I regretted leaving the supersensory matrix in my storage. It would have been useful to know how often Vivi could do that. I just had to hope it was enough to drive the herd away.

I turned in the air and drew a tight circle above the animals. Their blurred heads followed my form. It almost looked like censored faces on TV, just for their whole bodies. The animals grouped up tight. I had hoped to draw enough attention to let Vivi get another strike in but the deer on the outside kept their eyes on the trees. I had to do a little more. So I activated [Winged Death] once more, this time using void feathers. They stood so tight, I could not miss. Two animals in the middle of the group cried out in pain as blood shot out of the holes in their bodies. They buckled and the group shifted their positions. Vivi used the moment of confusion to take out another doe, creating even more chaos.

A moment later, all sounds ceased. The increasingly panicked cries of the deer just as much as the rustling of plants and animals nearby. The silence was absolute. I looked around trying to find a reason for what was happening as my eyes fell onto the stag. It was looking at us with its head raised. Its eyes were turned to white and most of its body had turned green and brown as if rotten. A glow came from its antlers and just then, they broke. Thousands of splinters shot out into the trees close to it, though they lost their energy after a metre at most. As the last shard stopped moving, sound returned. And the deer were no longer bleating in panic. Instead, they stood close and attentively watched the trees. Soft lines of mana connected their heads. One pair of eyes was always on me. The blur had largely disappeared making it much easier to spot the animals exact positions.

Then, as one, they screamed. It was not the bleating from earlier but not quite a roar. It sounded eerily human as if a crowd of people were releasing their anger. I faltered in the air, dropping a bit before I caught myself. A rustle, followed by a thump sounded out from deeper within the trees. The deer zeroed in on that exact location and moved in unison. Of course, I could not let them harm Vivi.

I shot forwards and let out another [Intimidating Screech]. The herd froze for a second and I could get another two void feathers out to cut down two more targets. When they started moving again, I had passed and was looking for my friend. Vivi lay on the ground rubbing her head with a paw. She looked to be in pain and the herd was approaching fast. I made a snap decision and grabbed her mid-flight, carrying the ocelot into the air. She was heavy but not too much. I made sure not to activate [Strong Grip] and dropped her on a branch as soon as possible. We just sat there for a moment regaining our breaths. The deer moved beneath us and stared up. They were bleating angrily but were obviously out of reach.

I met my friend’s eyes and we nodded at each other. It was time to finish this. I had enough mana left for three more shifts or six sets of void feathers without going under my safety threshold. That would be enough to kill all of them. I only needed to land my shots. The first and second were not difficult, though one only managed to scratch its target. Seven deer left. The third and fourth hit one each, both scraping shots. The other two feathers were dodged. Yup. I did not miss. Two more hurt deer. I looked at Vivi and pointed at the animals below us. Even with more of them down, they did not want to run.

My friend nodded. A claw of water formed on each of its paws. They looked almost like sickles just much thinner and constantly moving. I would go as well. As Vivi dropped, she turned into a streak of water, the sickles still there. She shot through the herd cutting down one healthy and one of the wounded animals. I was right behind her, striking at another wounded animal. My talons sunk into the already existing cut and widened it. A spray of blood covered my metal form, the darkness making up most of my wings simply absorbing what landed on it. The animal dropped towards me and I slipped underneath its belly. It was a tight fit but I emerged right in front of another deer. It lifted a hoof to stomp me and I quickly dodged. A jump brought me on its side where my talons dug into the earthy hide. Another flap and I was on its back. One more doe was gunning for me, this time it tried to bite. Just before the teeth reached me, half its neck split open and it dropped.

I got to my senses quicker than my target and jumped to its neck. Again, my first cut did not draw blood. My second attack drew a slight trickle. Then I had to dodge backwards to avoid getting bit. A body dropped against the doe’s front distracting it for just long enough to let me strike my final attack. As my target fell, I jumped into the air and looked around. All the deer lay dead or dying on the ground. They had fought a losing battle from the start. We were victorious. I landed here and there to finish off the last bleeding animals. As I ended the last one, notifications popped up in my vision.

~ding~ You have taken out your chosen target. Experience awarded.

~ding~ For defending your home and fighting alongside your friend, experience is awarded.

Yes, levels! This was a large number of Attributes all at once. I checked my Status and saw I had gained two in Strength and one in Perception. My free points went straight into Intelligence and Wisdom. Two for the first, three for the second. They were both at 36 now.

A mewling sound brought me out of my thoughts. It sounded pained. A quick glance and I spotted Vivi lying beneath a doe’s carcass. I rushed over and struggled to lift the body enough for my friend to crawl out. She barely moved so I dragged her with my shadows. An even more distressed sound left her throat. As she was out, I saw why. Her chest was malformed, a dirty imprint of a hoof visible on the fur. I laid her down carefully. My eyes shot back and forth across her body trying to gauge the damage. At some point, they met Vivi’s. We held each other’s gaze for a few seconds before I took a deep breath to calm down. It barely helped. At least, I had the idea of pulling out the supersensory matrix so we could talk.

The question was sent before I could fully think about it. The answer came back accompanied by a soft growl.

I only received a scoff this time. It did not even come through our mental connection.

My thoughts were racing. I did not want to lose my friend so soon after meeting her! I had to find a way to help her! There had to be healing magic, right? But how did it work? I had not even looked for something like that in the Thaumonomicon. It might take days to even figure out a solution on my own. I needed help. We needed help. But from whom?

Then, a thought struck me. There were people not too far. I only had to find some kind of doctor or healer. In the dwarven town.

A note from Baba Vader

If you want to read ahead, come join my Patreon! It even comes with colourful discord roles!