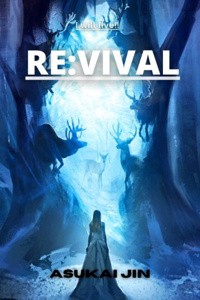 Ishi was about to get untied and everyone had their gazes fixed on me, the only thing left was an opening for Buzz to flee.

I figured it would be possible if I just beat the guy in front of me and push through the crowd. So, I took a defensive posture and waited for him to attack. He was a royal soldier, so it was best not to attack but to defend. By doing that, if I ever get caught I could at least try bend the story.

The man in front took his sword out and I took my spear. He raised it and started sprinting towards me. I used my spear as an obstruction and aimed at his legs, but he expected it and defended himself. He used an counterattack and aimed for my chest, but manged to dodge it by jumping behind.

‘How is he so good? He defended himself? How?’

As per my knowledge, the soldiers weren't trained enough to be this good. I’ve had duels with a soldier before and being a Adventurer made things different. But, still…This man was something different.

“What? Thought me of as a piece of cake, didn’t you?” he asked me as e scanned my expressions.

“Never gonna defeat me that easily,”

I ran with my spear towards him, an instinct always made sure you take a defensive stance for a strike but I wasn’t going for a strike.

I buried my spear into the ground and then using it as a javelin pole I flew towards the man and kicked him right in the chest.

He was pushed across and landed on the roadside. I looked at Ishi and she was untied. But at that moment the village headmen tried hitting a wooden block. I was ready for him, but Ishi walked or ran towards him and kicked him in the unmentionables. The headman closed his knees together and cried in pain.

He nodded and took Ishi with him. She looked at me and I assured her that I will follow her.

I took a look around and saw that no one really was interested in fighting with me. So, I assumed it was safe to run away.

I started running behind Buzz and not to my surprise more of the soldiers appeared this time, but the one I hit before wasn’t there.

But now there was a problem. At first, it was just one but there were more than one. I can’t expect Shin to fight and Buzz to leave Ishi to support me.

I got ready to strike and just I was about to charge, an arrow clamped ahead of me.

“I was right about your idiot brain….I knew you would do this,” came a voice from behind.

I looked back and saw a man walking towards us. He was in a Yellow long coat and in blond long hair.

He shot another arrow towards them to stop their advance.

“There’s a cart outside. Run towards it and enter the Pearl Forest, through it you go Maria. She’ll keep you low.”

“But…Why?” I asked him with a of sense of gratitude and confusion.

“Don’t misunderstand me. I am not doing this for any friendship plot in my life. I owed you and by this we’re even. Got that?” He said as looked at me with those scornful yet beautiful eyes. “Now go!”

I ran towards the back door where the Cart was hid by Krial. I know I couldn’t leave anyone like that, but I knew that Krial was capable of taking care of himself. He wasn’t an amateur like us. He was by far the best Adventurer in the village and also in the kingdom(For me at least).

As I reached the door, I saw Buzz and Ishi and also some lain soldiers.

I ran towards him and held Ishi’s hand, “Where’s Shin?”

“Oh he went away. I thought it wouldn’t look wise to get him involved in this.”

That was correct. What he did was right. Because helping me will only put other life in danger and anyone would like to avoid that, “ You should go too,”

“Krial and I have different plan. I’ll wait here. You hop on this and leave. Now!” he said as he pointed the cart for us.

I got on it and helped Ishi by pulling her up. I bid him a hast farewell and started whipping the horses. I didn’t care about those two, because I trusted Krial. I he had a plan then it must be good enough for them to get out of there. I already had an experience while the “Lamia-thing”

“You never told me that you knew Krial,”

She asked me as she sat loosening her wrists. I could see those rope marks there. It made me sad, but I didn’t quite show it on my face. Because, if I did she would jump on me.

She was already impressed by me then why not brag about myself. This would always work on women, but the problem here is that she already is head over heels for me.

“Oh! Really?” she said as she hugged me from behind. My face turned all red. My heart was thumping and it almost felt like it would pop pout of my body any second.

There was no response. I moved my head towards the right side to take a look at her and there she was, asleep.

She looked just like a cat or dog. I don’t know which one is cute, but you decide. I am just saying she looks cute.

I had my eyes on the road and looked up in the sky. I’ll never forget that starry sky because the start of my hellish and lonely journey.

A note from Asukai Jin