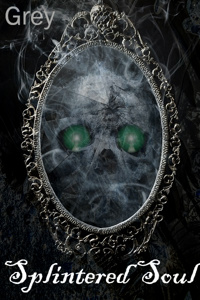 Each and every soul is something precious. Its what allows us to have a passion. Its what allows us to do things like decide to get up one day and change our lives for the better. That little bit of soul helps us in ways we never really understand. Aaron lived his every day never really understanding the idea of a passion. Just existing, working hard because it seemed like the right thing to do but never really getting too into anything. One day on his way home he feels a shattering feeling within his heart a tug here a tug there. The blackness consumed him when he saw the first message. [Error soul fractured]. Follow the story of Aaron and his many names as he goes from world to world slowly restoring his soul by using the karmic ties he establishes to slowly become better and then some.

Cover from: gej302 check out his other covers here!

This is my first story so please let me know when i make grammer mistakes as i'm still learning a bit!

I do not own the rights to the stories used as bases for this one. Copyrights belong to Daisuke Satō for Highschool of the dead, Junya Inoue for Btooom! and Hiromu Arakawa for Full metal alchemist. Please support the original release.

I came, I saw, I read. At least until I ran out of paragraphs. What I have read was entertaining. I didn't see the crossover coming, but that's really on me, I didn't pay attention to the tags or read the full synopsis. The story has light litrpg elements, with some basic stats and skills. Warning for some people who might drop it immediately, there is also a semi harem in the first arc with a threeway relationship.  It's treated with respect so we are not talking about a "gotta catch em all" situation here.

Not going to lie, the grammar is not great, but it's not bad enough that it makes the story difficult to read. It's mostly issues with homophones and inverted commas on contractions. There are instances of words continuously being spelled incorrectly, but it's minor enough. Other than that it's completely legible without effort.

Can't say much on world building. It's a fanfic, with a loose framework to tie the worlds together, so based on existing properties/stories/worlds. I haven't gone into them in depth, high school of the dead was the one I was most familiar with.

Main character is interesting enough, though by the second arc he has become pretty damn dark, to the point he's slipped past antihero into pretty much full on evil. Yes he has his reasons and isn't murdering for fun, but don't expect a nice guy. The worlds are not sunshine and rainbows. Secondary characters are ok, though a number have probably only been added because they were in the source material. It may have been better to just cut them out. A good example would be Alice from the first arc. She's there for the mc to cross something of his list but then completely disappears into the background.

Style wise it's not bad. Good enough action scenes to keep it interesting. Character relationships are believable enough and written well. I found the writing mature with believable interaction.

All up I enjoyed my time with the story so far. The sum is greater than it's parts.The rating itself is a hard one for me. I dislike the royal road rating system because it forces me to rate higher than I'd like, otherwise it punishers the author.  I think I've reached a good compromise. While it's definitely not 5 stars across the board, it's worth reading at least a few chapters to check it out and see what you think.

It's an interesting concept this one; multi crossover. Mainly a gamer/HSOTD SI at the moment and probably for quite a while, still once the Z action started I was hooked~ Honestly, I speed read the first few chapters to catch the drift but at Z interesting bitz I found it a lot more gripping.
~ Good Grammer, dialogue, chapter structure
~ Sweet fight scenes, good concept
~ mc has his appeal

In theory he'll go to many different worlds, but hsotd and each of the worlds are interesting and potentially very long, so I'd say I'm interested and concerned with where the plot will go. I'm curious if he'll pull his HSOTD girl along with him or if he'll have a new lover for each world? No romance tag so probably the later..?

Thanks for sharing, sweet read so far!

To balance out that random half star. I like the premise. I like the mc being a bit of a leech. I like that he sort of uses his friends to lessen the burden on his mother. I hope no romance gets added, cause romance is the hallmark of generic novels these days.