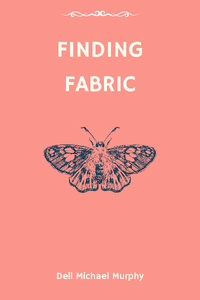 Chen Feiyan woke with a small hand on her shoulder. She felt the straw mattress underneath her body. Fei reached to touch the hand, but her broken left arm was tied to her body. She reached with her right arm instead. The hand was not strong and gnarled like Badger’s but light and delicate.

Fei opened her eyes. Deer stood over her bed, wearing her light blue silks. It was still very dark, and Deer kept a dancing ball of light circling them to light the way.

Fei rubbed her eyes and sat up slowly.

Deer looked at her as if she were a child.

“It is not a question. She will see you.”

“Can I meditate before we go?”

Fei did not want to meditate, but it was as good an excuse as any to delay her trip to the tower. She sighed and rolled over to sit on the edge of her straw mattress. Fei kept the thick wool blanket slung over her like a cape. Slowly, Fei rose to her feet and dressed in her wools and jacket. She pulled on her boots and stood up to grab her wool hat. She could hear the wind blowing outside the room, and the stone floor was freezing on her feet.

“Is there something to eat before we go? Some tea, at least?

“Maybe some more of the root? At least that would make my morning entertaining.”

Deer didn’t speak for a moment and watched her.

Deer raised her fist and then took a step back. She took a deep breath.

Fei followed Deer outside the room into the cold winter morning. It would still be some time before daybreak, Fei knew. Light snowfall blew across them from left to right as they crossed the dark empty courtyard. An inch or two of snow covered the stone under their feet. Ancient maples with barren limbs patrolled the perimeter of the courtyard. Fei looked up to the walls to look for priests on watch. They strolled, their backs towards the courtyard.

Nothing out of the ordinary.

Fei did not know if there had been another attack since the night Mushroom died. The priests confined Fei to her quarters for the past ten days. Each morning Deer woke her early in the morning to walk her across the courtyard to the tower. Winter brought with it cold winds, and snow, and ice. The air bit and snapped at her bare shins each morning as she crossed the courtyard with Deer.

Once she reached the tower, she would sit with Spider. Fei refused to speak each morning. Spider would give up after about an hour, and Deer would bring her back to her quarters and lock the door. Workers brought food to Fei throughout the day, and she had a small bell to ring for Deer to escort her to the waste room. Fei had not been back to the hot spring baths since Mushroom died. She had not seen Badger. She had not seen anyone else besides Deer, Spider, and the night patrols on the wall.

Deer left the room, and Fei sat down on the bamboo mat. She faced Spider and waited. A few minutes went by, and Spider did not say a word. Fei did not want to indulge Spider any longer. They had been at this long enough.

Spider opened her eyes and cocked her head slowly to the side.

“You broke my focus. I was not ready to begin.”

“Then why did you send for me?”

“I did not. Deer knows to bring you early. I want you here when I wake. I want to get the most out of my time awake.”

“Why did you wake me this morning, Moth; you aren’t going to talk with me.”

Fei opened her mouth to speak and then closed it again.

“Unless I tell you where Badger is?”

“You know that won’t be happening.”

“Then we’re not talking.”

Fei glared at her and looked off to the side of the room.

“You talk to me, and I tell you where Badger is.”

“Then there is no deal.”

Spider nodded and closed her eyes. She started meditating again. After a few minutes of silence, Fei sighed exaggeratedly.

“Why the sigh? Why do you want my attention, then.”

Spider paused, “Don’t you want to know what I want to talk about?”

“Don’t you want to know why I’m so persistent?”

Spider watched her for a moment, narrowing her eyes. Fei felt as if Spider was looking through her.

“I think you might. You see, little Moth, I want to talk about the tower. Or what it holds, rather.”

Fei’s eyes widened before she could catch herself.

“Good. Well, that’s what I want to discuss with you.”

What does she want? What’s her end game?

“Why do you think Badger is where she is, and you are where you are? I could have locked you up that night. It was your fault, anyhow. She lied to me; she never told you to train outside the walls.”

“I am interested in your potential, little Moth. You’ve come far in a short time.”

“How would you like to train with me instead.”

“You want to train me? Personally?”

Slow down. Remember Badger. She loves you. She’s sitting in a cell for you, for all you know.

“And you’ll teach me to read the tablets? All of them?”

“Not all; I’ve only read five of seven myself.”

“I thought you’d read them all of you had the choice.”

“It’s been hundreds of years since anyone read the sixth tablet. There’s only one known priest who read the seventh, and she created this monastery.”

“The founder of the monastery.”

“I’m not sure I understand the difference.”

“Why don’t you read the sixth?”

“Do you wonder why I meditate so often; why I never leave this tower?”

“I’m not strong enough, little Moth. I meditate for the strength to use what I already know from the fourth and fifth levels.”

“I grow stronger with age, not the other way around,” Spider sighed, “Little Moth, priests die moving through the levels too quickly. Do you remember how it felt when you learned the light? Your stomach and the vomiting.”

“You don’t know what I know. But, do you remember?”

“The lower you go, the more you push, the worse it gets.”

“A little stomach ache is nothing.”

Fei remembered the intensity of her pain after learning the light and the air; the vomiting, the fatigue.”

“A little vomit isn’t the end of the world. You’ve come far in a short time. I just lost my most promising young priest. Look around, Moth. Do you see youth?”

Fei ran through the priests in her mind. It was true; most were middle-aged.

“And you’re a quick learner. And most importantly, learning the secrets in the tower is what drives you. More than anything.”

“I care about Badger.”

“But I spoke of the tablets just now, and you’re more interested in talking to me about them than you are about her. She hasn’t even crossed your mind in the past few minutes,” Spider smiled, “You risked everything for that knowledge. It drives you. Let me harness it, and I will show you the power you never imagined existed.”

“What will you do with her?”

“I can’t have her here to interfere. I need you focused on training and only training. It was a mistake to make you her protege. You don’t need to learn to cook, or clean, or farm. You need to harness the power of the fabric,” Spider lingered on the last word, “You felt it, didn’t you. The fabric. When you drank the root, you saw how connected to everything else we are. Our identities as individuals are but a mirage. We are all part of something larger. Something more complex than we can understand. We are all woven into the fabric.”

“I felt it. I’ve never felt anything like it.”

“If you learn to meditate, it will only get better.”

“Remember, little Moth. You don’t know what I know. You don’t try. You tell Badger that you do, but you don’t. Mushroom didn’t either.”

“Don’t worry about how,” Spider shook her head, “The first level was light, the second was flight. The third is speed. It will teach you to move faster than the surrounding fabric. Badger knows speed, and some of the other priests, too.”

“The fourth level is where we start to play god.”

Deer entered the room. She carried a tray with a tea kettle and two small clay cups. She placed a cup in front of Spider and Fei and poured them hot tea. Deer left the kettle next to Fei and slowly exited the room.

She hides the fact that she doesn’t like me in front of Spider.

Fei raised the cup to her mouth.

“I know. Deer doesn’t care for you. She’s jealous, naturally. She’s been training for ten years and has only been to the second level.”

“I told you, the fourth level is where we start to play god.”

Fei didn’t know what to say.

“Are you ready to give up your feelings for Badger?”

“I will release her, but you may not speak with her. You may not interact with her. You two will pretend that the other is not there. If you do interact with her, know that I will know. I will throw you back out into the cruel world below, and I will put Badger back into her cell. I may even call in that Governor of yours to personally escort you back to that life where you wait in that room, hoping he doesn’t know on the door. Do we have a deal?”

“That’s not a very nice thing to call me.”

She’s in my head. If you can read my mind, then yes, show me how to play god.

Fei paused for a long while; her eyes locked on Spider’s.

“I want to know what Badger thinks of this.”

“The night Mushroom died. I spoke with her then. She’s been in her quarters, waiting.”

“I said what needed to be said to get you here.”

Fei raised the cup of tea towards Spider, “Fine. I agree.”

The tea was off-taste and bitter. It tasted of earth.

Root? Was that the root?

“Let’s go to the third level.