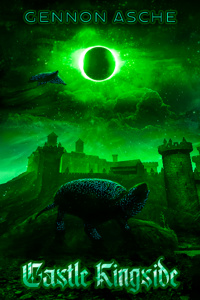 TOO PROBLEMATIC AND TIRING

It started off great. REALLY great. But once the mc diverted his focus from medicine and dabble on politics, weaponry, food production, and fighting heathens, it lost its luster. I started forcing myself to just read at this point.

It WAS excellent, only if MC just continued wandering... A wandering doctor, or even a healer sorcerer. The world is just too problematic that it seems as if it won't run out of it.

One of only a few good Uplift stroys

Reviewed at: 98. All In Gambit

I really like this so far especilly the later chapter when he starts introducing tech.

4.5 instad of 5 stars becouse the Uplift and town/kingdom building aspects have only semi recently gotten really started and the MC knowledge is limited

so I'm unsure of how far this whole uplift/industilasation thing will go and how advanced things are going to get, depending on how this (and everything else) goes I might up my score to 5/5.

Also I'm still wating for precious to say "Hey Listen" since she an annyoing ferry, seems like she still has much to learn from Navi when it comes to beeing an anyoing ferry.

I'd also really want to read Dimitry telling somone of his true origin/about earth, while he has mentioned some parts here and there he hasn't outright told anyonte the full story yet and I would really want to see peoles reaction/disbeliv when he talks about more of earths tech.

It's very nicely written, the spelling and grammar and formatting is all perfect, but... I just didn't like the main character at all.

He has nothing in his past except medical knowledge. There's not a single friend or family member that he misses, not one work colleague, nothing, yet he has great social skills and is quickly becoming a renowned diplomat! He's also much more competent at basic doctoring and has a better bedside-manner than any surgeon I've ever met and solves every problem thrown at him with little issue. He hasn't really met anything he can't cure with a balanced diet and debridement yet, but if there is somebody he can't save, oh well, it was a non-character, he did his best, move on.

If there are external problems, something very quickly comes along that fixes that. Lack of engineering knowledge? The Church? Attacking demons? Nobody listening to you? All easily solved problems by the MC or happenstance.

Yet despite loyal companions who would never rat him out, he insists on keeping secrets and sneaking around into places he could just walk into, and said companions also never question his past outside of "you're unique!" and "that was too weird for me!".

It just got kinda boring.

Quite good story and setting here. My only complaint is it takes just a little too much inspiration from "Release that Witch". To be clear, it's still 2 completely different stories and there's only so many ways you can do technological uplift. Still, it would be great if the story deviate more from here on.

This book is a mixed bag for me. It has a very interesting premise, and the world building is rich and intriguing, although it's relentlessly dark. The MC is fun and his annoying weakness over refusing to kill seems to be easing, so good growth. Side characters are also pleasant and have depth.

The biggest issue that's an enormous drag is the pace. I'm all for a slow paced book that prioritizes world building and character development, but the way the author does it here is strange. Minor conflict or challenges that would normally be resolved in a few chapters drag on forever. I kid you not, the first 12 chapters are primarily devoted to resolving the fact that the MC is starving to death. We have to hear endlessly about calories and how important it is for the MC to eat. That's good stuff, but not for 12 chapters. The next conflict is escaping the church. This lasts something like 30 chapters. These are not big enough issues to warrant the amount of time devoted to them and it makes the story a bit of a slog.

Reviewed at: 13. Peter Pan, Take Her Back

I've made it through 13 chapters, and I would normally not review something until after I read what was available, but since I don't plan to read more, now's the time.

The plot is basic isekai fare: guy dies, gets reincarnated in an alternate world with no advantages other than his knowledge of his past life.  Isekai is a popular genre, it's easy to understand why the stry is being written, and it's honestly written well.  The prose is crisp, there's a good mix of dialogue and internal monologue, and the chapters are satisfying.

The problem comes from the fact that, well, there's nothing else going on.  The world the MC has found himself in is utterly unremarkable, none of the other characters matter at all except as vehicles for the MC's sense of righteousness, and his only goal is to recreate as much of his old life as he can, which I find deeply boring.  Additionally, most of his internal thoughts consist of him making vaguely annoying assumptions about the world around him and then choosing the most selfish and paranoid way possible to deal with those assumptions.  Honestly, the specific actions he takes don't bother as much as the mental gymnastics he goes through to convince himself that he's being as moral as he can be, when he really, really isn't.  Unreliable narration is a legitimate writing technique, but this story takes it a bit far.

Reviewed at: 7. Rumblies That Only Melon Could Satisfy

The story is fairly well written, but it's also fairly dark (grimdark tag deserved) and the MC is fairly whiney and overly self confident.

The first few chapters are basically just pointing out all the horrors of medieval life and him thinking how much better he could make everything with his superior morality, superior knowledge and superior intelligence.

I don't particularly enjoy stories like that, and I think the MC is a bit lacking to be taking such a moral high ground.

Don't judge this book too much before chapter 45.

Great book, been really enjoying the setting and plot. Gotta say though that it is a slog to read about the MC being beaten down every time something remotely good happens in the chapters before 45, but it does make you invested and you are able to see his motivations and character development so it isn't a bad for the book situation.

Grammer is good enough but can kick you out of the immersion at times.

Overall I would say the book is very muc worth the readers time and really hope to see fast releases and further improvements!