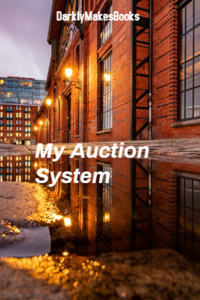 Sorry for the extremely late update.

After Ethan sold his first item, everyone from each world, being experts realized what was going on and started to get even more excited than they already were.

Ethan wheeled another cart, this time housing a small scroll looking object, “One time, high level Eternal Freeze spell, effects include and are not limited to: Death, eternal cold, and for powerful enemies, a powerful seal!”

His words shocked the experts, this mysterious auction house, being able to casually bring out such a powerful item scared them even more than they already were.

‘What if this place were to attack our worlds? No one would be able to stop it!’

Once again everybody was shocked by the middle-aged man’s giving of lifespan, you have to understand as beginner-worlds, the max their lifespan could reach was 175 years, and this man just wasted 27 years of that; even though they weren’t even sure if this was just a scam for lifespan, this could be a technique, and the activation requirements could be that it had to be willingly given, and or that they just wouldn’t get the items, or lose lifespan, and they his was just a waste of time.

He had just started the bidding on the ‘Eternal Freeze’ scroll and was immediately shocked by the man’s bid, ‘What the hell? Why does this guy want all the items I’m selling?! Why is he so willing to give up lifespan?’ while he was wondering if the man had a death wish, countless others started bidding. Shouts of “12 years” and “13 years” could be heard all through the hall

Eventually the bid reaches 23 years and 6 days, and it was sold to a young man wearing Daoist robes, with a staff.