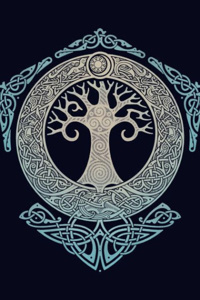 World building complete. I promise not to bug you with more details. Onward!

The answer was the most obvious but hardest to digest.

[Worlds without Gods were just a passing phase. I told her again and again. She never listened. Maybe because of that she was the one laughing the hardest that day. She sits right there waiting for the next step in that planets evolution. I liked the dinosaurs. I hope they come back.]

"I'm honestly really disappointed in the way I lived even more now. Seeing you favour dinosaurs to us. "

[Dinosaurs are funny. They are real retro stuff. However, That incident made people apprehensive about using human souls in their world.]

"I absolutely get that. I too won't do that"

[Not many would like to have you. That is why the eight Lords have been reacting to you oddly since you sang a Human song. Don't you guys have lullabies. They would have loved that. Why didn't you sing one. ]

"I absolutely get that. I'm sorry I did that"

[You know they might request me to do a you a mandatory oblivion any time now.

You Just Got four!

Very lucky you are! you got the eyes of four Lords.]

He was beginning to feel that he liked the Ethereal Orb Amara when it was cold notification system.

A tongue out smiley emoji with a hoddie cap and a winking eye and tiny angel wings on one side and Devil's bat wings on the other showed up along with a million hands all showing the middle finger came to his mind.

He shouldn't call her lightly like that. She had told him that it was a one way communication. The image was oddly specific.

A loud voice boomed in his head. It seemed to him that several people were talking at once in chorus.

"This must be the Eight Lords" He told himself.

"Greetings! Eight Lords, I am honoured" He replied.

[PLEASE REFRAIN FROM CALLING US THAT!]

[PLEASED TO HEAR YOU CALL US THAT]

He heard conflicting opinions all at once. They seemed equally divided apart.

"I am honoured to meet you all regardless" he spoke up with the lifetime experience of buttering up and soft soaping.

The voice of the Lords were half enraged and half amused but they were all saying that he had lied. He remembered the ethereal orb saying something about the divine language free from lies.

He had successfully lied but he didn't know why he was found out.

[DON'T LOOK STUPID. LOOK AT YOURSELF!]

"That is a conflicting statement. I don't have eyes per se. See I'm just a flickering ball of light now."

[ARROGANCE, NOW HE SPEAKS TRUTH. WHAT ARROGANCE HE SHOWS US!]

This voice was a singular one and it seemed to be a male voice.

[LOOK AT ALL THE LIGHTLY ONES SINGING TO US RIGHT NOW]

[DO NOT GIVE IN TO THE COMMANDS OF THIS LOWLY SOUL]

[SHOULD WE REALLY USE THIS SOUL. THEY ARE DANGEROUS TO WORLDS]

[I LIKED THAT SONG, SING IT AGAIN]

[I HATED THE SONG YOUR SINGING WAS HORRIBLE TO HEAR]

"Do I get to choose which body I get to inhabit?"

He was stunned by how fast these eight lights were deciding things. While they sounded like runts he didn't have an ounce of doubt for their power. Their very sound of discussing things would have shattered his ears. Even in the form of his soul had taken damage listening to their incessant quarrel.

Suddenly they all shouted together.

Eight voices assaulted him, wrapping him, threatening to shatter him to the edges of the universe.

The rest of the lights which surrounded the big eight, stopped their songs. In reverence and fear.

He was shown eight choices.

¶ Donar of the regal throne.

¶ Regalis of the molten mounts

¶ Midor of the forest plains

¶ Faro of the sandy hills.

¶ Somas of the salty beach

¶ Lamin of the submerged

¶ Tixal of the boundless sky

¶ Ganashi of the Binding deeps.

"Very descriptive. Very insightful. It has perfectly made which one I should choose."

[QUIT YOUR SARCASM! CHOOSE NOW AND WE WILL HELP YOU WITH THE MIGRATION INTO OUR OCTAL REALMS. SPEAK THE NAME OF THE LORD WHOSE DONOR SUITS YOU. WE OF THE EIGHT MADE SURE TO MAKE ALL CHOICES ARE EQUAL. CHOOSE! ]

All Lords said in chorus.

[GET IT OVER WITH]

A singular lord chimed in.

"This guy has issues. Okay, let me see. I would like some magic in my life for a change. I don't like conditions and I want to be a sentient being. That leaves me with...

¶ Ganashi of the Binding deeps."

[THAT WAS THE LAMEST CHOICE!!!]

He heard seven voices of dissection and one voice of elation.

The one elated voice felt familiar. It was a sombre feminine voice.

He screamed before he felt a stabbing pain where he felt his eyes would have been, like a spear grew outward from inside his head. Not that he had a head but it felt that way.

[HAVE YOU COME TO HELP ME?]

The voice of Lord Ganashi of the Binding deeps felt coy and playful.

[LET'S SEE WHAT YOU ARE MADE OF]

He felt his essence melt within the golden womb that wrapped him, like he was made from wax.

He was not in pain. The warmth of the golden womb had done great aid in reducing pain.

[YOU ARE NOW READY. WHAT SHOULD I CALL YOU?]

"Is this how it feels to be reborn?"

[YES AND NO, YOU ARE NOT BEING REBORN.

YOU MY DEAR, ARE TRANSMIGRATING AND AS IS CUSTOMARY

AND AS LORD OF THE BINDING DEEPS,

THE ELDER SOUL GUIDES THE YOUNGER.

SEEK WHAT IS EMPTY,

FILL IT WITH YOURSELF,

"Amergin, Is that what I am to be called? I don't know it doesn't feel like me."

"Oh two names. Now that you say it Amergin Isaiah has a good ring. Okay I'll keep it."

[NOW OFF YOU GO! SCOOT, SCATTER]

He felt the golden womb disappear.

With the delicate state that he was in, he felt like he was being poured over some mould.

He could feel himself flowing and oddly he felt like he was growing.

" yes, I must be moving into a bigger body. Nice!"

He felt like he had a firm trunk. He found himself spreading upwards and oddly the torso seemed to continue downwards without ending at the hips.

"Okay I have a big frame. Not a problem. I am tired of being short. I hope I look handsome"

He felt like he had several hand all around his shoulders. And several elbows and even more wrists and a fuckwad of fingers. And it just kept branching. The head was nowhere to be found.

Panic was setting in.

He felt like he had hundreds and each one was digging into something.

"Oh Lord! Oh Lord! What have you put me into? What have I become?"

He felt like his hair grew on the tips of his hands and finger joints and moisture was seeping into his numerous. bungholes.

He had figured it out.

"Amergin Isaiah, Fancy name for a fu*king tree. I went through too much for this."

[STOP IT! IT IS EMBARRASSING ENOUGH FOR ME AS IT IS! YOU DO KNOW THAT THE EIGHT LORDS CAN SEE YOU IF THEY WILL IT.]

"You! You made me into a tree How is this sentient? Of course there are no conditions? What conditions would a tree Have? Where is the magic, goddammit? "

[Please don't talk that way. If you are in that body and you talk badly of me. It will make me extremely sad]

" This tree is a sad excuse for a body. And why are you talking silently. You were the one who told me to scoot into this body. I knew something was up when the other seven told me I made a lame choice. I'm done scooting in and sorry I don't think I wanna buy what you are selling. Where is Tixal? I accept the conditions please transfer me to that body please."

[Sorry, no can do. Transmigrating is a one time deal. What you are is no simple tree. You are a sycamore.]

Out of nowhere. He, now he is called Amergin Isaiah, felt his face and could find his lings working after what seemed to be ages of holding his breath.

He felt his eyes closed shut and he slowly opened his eyes.

Nothing could be seen.

[Give it some time]

"Bliss, Where hath thou been all this time? Ahh? This is divine."

He felt a green glow above him. He could see leaves moving. Oddly he could feel the leaves move at the same time. Like it was a part of his body.

Amergin Isaiah as he was named now looked at his flawless skin, hands that looked like they were being constantly manicured.

He moved those hands they felt like he was moving a tiny part of him. His eyes glowed and he was able to see in the dark. He saw a black figure hovering at a distance.

[You get it now? Sycamores have dryads. Highly Sentient beings with magical powers. I kept my end of the bargain. Unlike some Ingrate that I came into contact recently.]

The voice seem to be coming from that figure.

Isaiah heard the faint sound of the chorus laughter of the seven. The noise grew faint and it grew completely silent.

He slipped his hand beneath his abdomen feeling for something. He found a familiar bulge. He was certainly a male.

I'm not coming here for a while. Do something to that body, you are dead? If you Fail taking care of that tree you are dead? Talk rude about me and you won't find me forgiving as this time. Never call for help again. You are on your own. I have given you my beloved sycamore. It's all up to you now]

"Thank you very much. I will take good care. Rest assured. You can count on me"

[I will stop nourishing you now]

As if a patient on life support had been taken off the plug. Amergin Isaiah was assaulted by waves of Thirst.

He looked around the tree was now glowing bright red just like a phone with a dying battery.

He felt his vitality being sucked dry an he fell asleep.

Far above his hidden alcove and further away from the Binding deeps. Near the Sand Dunes of the Kala Mari, there was a lone observatory.

Inside that lone observatory was a pair of eyes wide open in disbelief.

"Why is there a tree? Why is a puny tree amid the eight Lords?"

This was supposed to be two small chapters but I felt a five part prologue is a bit too extravagant even for my tastes.

I have not cheated on the last part mind you! Dryads especially Hamadryads are said to be the representation of the tree themselves. The tree is the Dryad.

Dryads and druids are technically different entities that both live in the forest and are tied down to the trees.

Guess it should put the inquisitive of you at ease.