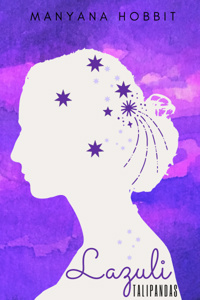 As per royal tradition, I was no longer allowed to stay at Namayana Palace’s main residence after Mariana-- I mean Kismet blessed me. So after we got back from the temple, they brought me to my very own residence. Although it was technically part of Mother’s Palace, we no longer stayed at the same building.

The side residence that I currently occupied had the largest number of enchantments and magic circles in the whole Royal City. It was to prevent unwanted people from entering freely or spying on me. Twenty royal knights were assigned to me, four of whom were guarding outside of my room right now. Unsurprisingly, my room was also full of spells that prevent unauthorized people from using magic.

The only people who were allowed to go in and out of my place aside from the people who work here were Father, Mother, and Sir Arman. Though I wasn’t sure whether Father also gave my siblings and stepmothers access to my residence, since I have seen none of them since my celebratory banquet.

Months passed, and I was already a year old.

My growth has been good, not lacking nor exceptional since I tried to be as normal as possible in fear of being targeted again. What Mariana did was enough to put a big red mark on me, and I didn’t want to attract more attention than I already had. The only notable thing that I did was preferring children’s books more than stuffed toys. I used to snatch the books Nanny Fida read to me and hug them to sleep.

Little did they know, I always woke up in the middle of the night to study the books. I may not know the language of this world, but the pictures were enough for me to know what was written. Every day, I would focus on how Nanny pronounced each word, and at night, I would familiarize myself and try to pronounce the words accurately. I could now also clench my fists as well as roll on my back. I did nothing more for fear of alerting the guards stationed outside.

We were currently in a room next to a door leading to a flight of stairs that lead to the Banquet Hall. All official members of the royal family were present.

“Fourth Brother, wait, you’re too fast!” Brother Dion yelled in perfect Damari as he chased Brother Clarion around the sofa where our two eldest and youngest brothers sat.

Prince Dario and Prince Dion were twins who were born from the First Consort. In between the twin’s birth, the Second Consort gave birth to Prince Clarion. They were the Three Musketeers of this generation, succeeding Father and his two sworn brothers.

Four of the consorts sat quietly on two sofas; none tried to snatch the King’s attention with the Queen being present. Who wouldn’t be intimidated? Hara Licentia was the epitome of beauty and grace. I could clearly see why she held the title of Queen Consort, even though she was only sitting on the loveseat next to the other wives and doing nothing. Her beautiful, sleek, dark purple hair matched those big black orbs that complemented her snow-white skin. Mother, who was sitting beside Father on a separate sofa, was nothing compared to her beauty and regalness.

“The two of you are adorable, My King,” Mother said, looking both at Father and me as she cradled me in her arms.

“Look how her cheeks look like a chipmunk’s.” He smiled as he brushed his bent finger on my right cheek.

Mother giggled. “Do you want to hold her?”

“Of course,” he said. Father puckered his lips as he created smooching noises to distract me from all the commotion that was going on.

“This birthday gown looks good on her. Can’t believe that you once wore it five decades ago,” Mother said.

“All my children wore it and they all looked amazing in this, but it is nice seeing a girl wear this traditional gown. The last lady who wore it was my grandaunt on her first birthday.”

“I heard the fabric used to be white as snow,” Mother commented.

“It still is,” Father defended.

Everyone’s attention shifted to the corner of the room where the seven princes gathered when a loud thud was heard when Brother Dario’s knees connected with the floor.

“The ugly me tripped! Hahaha!” The three-year-old teased his twin when Brother Dion tripped on something.

“Shut up, uglier me!” the older one said, clearly annoyed and embarrassed. He looked in his mother’s direction, but she did not do anything to help him; she didn’t even stand up nor give him some words of comfort.

“Ehem.” Sir Arman cleared his throat. “If you may excuse me, Your Majesty, the hall is ready,” he announced.

He stood up, and Sir Arman fixed his royal garb. Father offered his hand to Mother, who gladly took his hand, and dusted her green crinoline dress out of wrinkles.

He then walked to the Queen’s side and helped her as well with her elegant blue crinoline gown. Everyone in the room stood in position as the King and Queen moved to the front of the line, followed by Mother and me in her arms, then the first Prince, then the other Princes at his back, and finally the other Consorts at the end of the tail.

The door to the Banquet Hall opened. Every attendee stilled as they faced the balcony, where the two remained standing side by side for a moment before descending the stairs. Everyone paid their respects. No one dared to lift their heads to look at the kingdom’s monarch.

Unlike their attitude when Father and the Queen were announced, there were people who deliberately craned their necks just to see a glimpse of me. Despite the fact that they should be genuflecting and paying their respects, Father did not reprimand any of them.

When Mother reached a step below where the monarchs were seated, she handed me to Father who willingly accepted me into his arms. She proceeded to the chair designated for her, one step below the Queen’s. Father personally brought me to my seat between him and Hara Licentia, my long dress almost touching the floor.

After every member of the Royal Family was announced and everyone was seated, Father gave a long speech about the kingdom’s future and how it was a blessing to finally have a woman born in nobility, ending with telling everyone to continue the celebration and to not mind formalities for the day.

In the middle of the festivity, they hauled me out of my chair and into a private drawing-room. Nanny, together with other attendants, fed and washed me. They put me in another white dress adorned with an enormous bow at the back and walked back to the Banquet Hall. As soon as I got back, however, I saw a middle-aged man and a young man walking towards the foot of the dais.