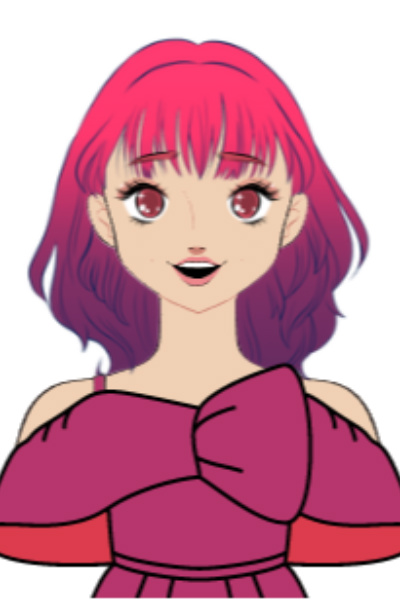 Chapter 3: The Birth of the Princess, the Hope of the Kingdom

“Is my child born yet?” The Amari King asked for the nth time, like a broken clock that still cuckoos even after being slammed multiple times. The man who was known for his iron hand and towering figure was currently pacing back and forth nervously, his hands trembling as beads of sweat formed on his forehead and nape. Sometimes, his lips would quiver and he’d let out a shaky sigh once in a while.

A lady snapped her fan close and rolled her eyes. “You must calm down, My King. Conceiving is hard and tiring for everyone.” Her high-pitched voice was full of lasciviousness. She tried to divert her husband’s attention as she straightened her posture and subtly pushed her bosoms forward.

“I agree with Royal Consort Alicia, My King,” Avria said. “Hearing you pace back and forth and ask if the princess is born yet; the midwives might think that you are getting impatient and try to speed up the process.”

Upon hearing this, the King tried to calm himself for he didn’t want anything bad to happen to either his wife or his child. Although he no longer walked back and forth and was now standing in place, his stance was not that of a king nor of a proud man. He was putting his weight in one of his feet, tapping his thighs continuously with his fingers. No one bothered to tell him how much of a joke he looked right now in fear of angering him and complicating the already complicated birthing. The three heavily dressed women almost simultaneously rolled their eyes. The King already had seven sons, two of which are a pair of twins. He had been in the waiting side of the delivery room six times and he had never acted the way he was acting right now; which irritated Royal Consort Alicia as she was one of the people who gave birth to his children. This made her detest the soon-to-be mother and child pair more and more as time ticked by.

The King started to pace back and forth once again, biting his fingernails in the process as he attempted to stop himself from asking if his wife gave birth already. He didn't know what he was feeling; he was both excited and frightened at the same time. His whole life, he prayed for this day to finally come. But now that his prayers were being answered at that very moment, he had become agitated and anxious. He could feel butterflies in his stomach but he could also feel his insides churn. Even though he already went through with this for seven times, he could not help but feel as if this was his first time being a father. Well, this was his first time fathering a princess. He could not put a word to the emotions surging through him at that point; all he knew was how he wished he was the one giving birth instead. Not because he is worried for his wife, but because he wanted nothing bad to happen to the child.

The door that was laced with protective circles and silencing spells opened and a cry was heard from the inside. A midwife walked out of the room and announced, “It’s a princess, Vhar El Haluman. Concubine Luna has given birth to a very beautiful princess.” [2]

The King’s eyes widened as he excitedly entered the room. Concubine Avria and Concubine Mehia, with Royal Consort Alicia in the middle, followed behind the staggering man alongside Arman de Vuch. The Queen couldn’t attend as she was tasked to handle the Court matters while the other wives found excuses to ditch this historical day, so the three were the only ones present among the many wives the King had.

As he entered the room and the door was closed behind them, he saw a young midwife holding a white-haired baby. His heart thumped harder while seemingly skipping a beat. He stopped in his tracks; tears formed on his now swollen eyes, and his lips twitched. “A princess… it’s a girl… my daughter…”

[1] Vhar Haluman = literal Damari equivalent for the term Your Majesty.

[2] Vhar El Haluman = literal Damari equivalent for the term Your Royal Majesty. A more formal way of addressing a monarch.

A note from Manyana Hobbit

[2] Author’s Note: Although the English term is golden blood, the phrase dugong bughaw does not directly translate golden blood but blue blood. Blue blood in the Philippines means that a person is vastly rich, like Richie Rich rich.

[3] Translation: “Thank the God who blessed you, the Pillar of the Kingdom, Vhar El Haluman of the Royal Family of Lazulian Golden Blood Blessed Most by the Gods!”

[4] Author’s Note: The term Pillar of the Kingdom is derived from the term “haligi ng tahanan” that Filipinos usually refer to the father’s role in a household because, according to customs, fathers are generally the ones protecting the whole family.