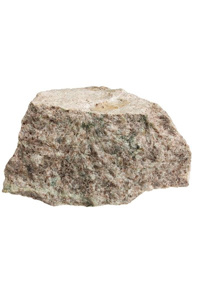 The Way of Wrought Earth, or: My Tale of Rebirth as a Mostly Inanimate Rock

A Relic Hunter's life is harsh — and often short — in the shattered lands of the Frontier. But when Whitelight reemerges, a legendary blade capable of separating anything the user wills it to cut, a newly formed unit organized of Hunter’s both young and old (and sediment based, in a particular case) vow to stop it from falling into cruel hands. Standing against them is the Frontier itself: the unbridled wrath of global federations, fellow Hunters, and those who lurk in the shadows of giants.

As the world races to unravel a history desperately concealed, a semi-sapient rock soon realizes that some things are better off dead and buried — especially when those secrets carry an insidious corruption with no cure.

A soul wakes up as a rock, clinging to fragmented memories and knowledge of another era. What fate awaits such a creature?

No, this isn't satire. Yes, I am dumb enough to try to take this seriously.

Updates Wednesday, Friday with a variable amount of chapters.

This story is not recommended for the easily disturbed. This is your only warning.

It's difficult to articulate why I enjoy this story so much.

The protagonist as a character is a wonderful study in psychology, philosophy and humanism. The nature of reincarnation, the soul, solitude, infinity... the list goes on.

The story on the other hand is... interesting.  The protagonist is a magical rock,  and in so much as their is a plot (beyond the introspective stuff described above), the plot is wuxia-style magical fighting progression in power.  Overall, I would almost describe it as satire, despite the author's protests to the contrary.  Certainly it pokes fun at various tropes in the various genres it draws upon, often subverting or inverting them.

And yet the fiction is entirely self-serious.  Which I think makes it all the better.  Perhaps it simply strikes a personal chord with me, that dedication and hard work will reveal the fool for what he is, the former persevering as the latter falls apart. But I'd like to think that echoes with many readers and is not merely subjective. I hope.

Certainly, the style on a micro-scale is fantastic. It's dense, it's carefully chosen, it's a delight to read. It's written for a very high-level reader of English. And while the characters and the story would get by at a lower level of writing, it contributes a great deal, particularly to counter the satirical nature.

The start felt smidge on the slow side to get going, or maybe it's setting up a narrative I'm not able to figure out, but it's well worth the wait. The concept of a rock trying to ... figure itself out ... is pretty unique and good twist on the reincarnation story. The plot progresses at a consistently good pace and it holds plenty of room for future content.

The story begins with a sane individual realising they are a rock. A rock. It's a silly concept, and it calls to mind classic wish-fulfilment literature such as

This work's contemporaries do their best to trace a straight line from the 'cool concept' to 'self-fulfilment'. But, knowing the author, I knew that this wasn't going to be the case here.

And I was right.

Don't be misled by the title - this author discarded all but the very basics, and built his own world, characters, and story from the ground up. Most isekai stop at this; Wrought Earth, instead, keeps on trucking.

A cost comes with every victory, and hopelessness with each nugget of knowledge. The more the main character accomplishes, the more impossible the next obstacle seems.

And at that point, the silly notion of "I am a rock, ha ha" no longer feels silly.

I can't honestly say what this is

Reviewed at: Chapter 3: Deposition and Drift

Well, I know what it is. It's a rock. A stupid rock, maybe, but a rock nonetheless. A rock that's sometimes much smarter than it should be while at other times being a genius worthy of being blamed for looking at wikipeadia for way too long. Some of those fun facts seem random, I need to say that.

Anyway. Review. Grammar is good, style is weird as all heck, character is a rock, and is there really anything else you want me to say? It's a well-made joke.

It's a very well done take on the isekai genre. I first thought that this would be like the satirical and comedic rock reincarnations fics that popped some time ago, but this story stands on a level of its own.

The story strays very far from its isekai-esque roots, putting little relevance to the MC's connection to the previous world and life. The very least the author did was invalidate the viability of importation of modern ideas.

The themes of mentalism and realitywarped reality is quite an uncommon theme that oft produce high quality intriguing stories, but that could just be my biases speaking. There's also ample amounts of meaningful philosophizing.

The MC is a rock, but not just any rock, but a reincarnated rock. The author manages to impress that the MC is insane. The MC has flaws and cracks that grow and close. The MC is not primarily driven by the disconnection to their previous life and world, but primarily by their present and future. I feel like the MC is truly growing and developing, that every unfortunate event that occured to the MC as the story progressed had weight and changed the MC in some significant way. Though there are some leaps which the story take.

The next part may be spoilers in the later parts of the fic, so beware.

The setting is well done and quite unique. It's a fantasy not set in a middle ages analogue. I imagine that the cities inside look not too far from modern ones. It also give the impression of grimdark. While I wouldn't consider it truly grimdark, but the world it's set in is in such a neglected negative state and could slide to an even worse state.

But the setting has a trick, it gives a bright glowing spot of hope. Despite how the setting may be sliding further into the post-apocalyptic, there's hope that everything that was made wrong could be made right. And it's not because the MC was there, anyone could try to save it and some people are actively trying find solution (although their goal and fixing the world may just be tangential at worst).

The chance of their failure is equally likely too. The MC and co are all demonstrably fallible and flawed. I could feel that at any point in the story, they could fail and the world would take a drastic turn.

This is, as it promises to be, the slow and steady story of a rock.  Hundreds of years have passed already and I'm barely ten chapters in.  Dialogue is for lesser beings; monologues are where it's at.  There are philosophical musings at every turn, yet the story isn't without action - even overt violence.  It's absolutely brilliant.

Find me a guy who can build a world around a character with no eyes and I'll show you a goddamn genius.

To be honest, I'm having a hard time slowing down to appreciate each chapter, with as much as I have to catch up with looming over me.  I want to binge.  Let me binge.