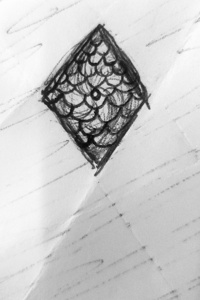 A recently deceased man finds himself imprisoned in a prismatic gem, confused and missing pieces of his memory he wishes to play video games, but to his horror, he is stuck in a world of sword and magic.

Hello! I am the writer of Game Dungeon thanks for your feedback!  Although my intentions were not to insult the reader I can see how someone would think that way. I have no plans to change it as of now and it's better to put it out there as a warning that I use a lot of words with similar meanings but are used very irregularly. Honestly speaking my English teacher was weird and a lot of words I use are more complicated than they need to be, but again something I was drilled into was not reusing words apart from "I".

this story needs a lot of "spit and polish"

Reviewed at: Ch.8 The weight of a Name

pls go over what you write.

i like where you are going with the story, and that you "show" your characters and their flaws without "telling" them.

this is a good story but you are killing it before it can gain any following.

mistake 1: not cutting up your large paragraph into smaller chunks.

mistake 2: not checking for common auto correct mistakes such as "too" and "two".

mistake 3:descirbing your dungeon but not giving an easilly understood summary for the design like: "think a math problem but with water"

but most people are not artistic, not imaganitive and do not like to put effort to understand and visualize your design.

puting this much detail is amazing but assuming every reader is willing or even capable of visualizing everything is what i think of as a mistake.

besides those things it's a cool dungeon design, with awesome characters that are just waiting for the chance to be amazing.

in conclusion i think this story is like a gem stone that needs polishing.

Reviewed at: Ch.0 emotions are scary

English, formatting, and conventions are not at an acceptable state, as is obvious from the summary. Additionally insulting as the author has insinuated that he is using big words that readers may not understand, and suggest that readers look them up. If he had done that, he wouldn't have mistakened "alluded" for having similar meaning to "dodge".

We suggest that the author focus on fixing English mistakes, and using consistent and normal conventions, like quotation marks for speech and italics for thoughts. There are no bonus marks for using "creative" (read: confusing) conventions.