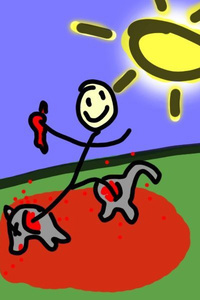 The party had been at sea for two and a half days when Thea began her mission. After the discouraging duplicitous departure of her green fairy, Thea had found that every time she attempted to cast her player power, she was met with an error.

“Seriously?” Thea had screamed once she failed to make a basic object materialise. “I can’t even craft a stupid stick!”

After consulting the tinkering dwarf but failing to come up with an answer, the only option left was to ask Nuecus. She began searching for the old man around lunchtime and had yet to find him. The magical ship’s interior seemed to expand the more they used it.

There was now a large kitchen, workshop and even a long corridor with doors to padded cells. The rooms were a little too ‘cuckoo’s nest’ for Thea’s liking but the beds were soft and they served well enough as bedrooms.

Thea walked past the warehouse and into a narrow, winding corridor that smelled of old dusty books. She coughed as she pushed her way through the dark twisting passage towards the light which seemed to come from a thousand candles. The flames flickered illuminating the figure of the miraculous old man.

Nuecus was hunched over a stack of papers on a large table. With candlestick in hand the Thaumaturge was studying the papers diligently. He then turned to the intruder.

“Ah great! You, there!” Nuecus said as he met her eyes. “Good timing you tricky youngster!”

Thea’s brow furrowed. She knew she should be cautious around the crazy old man. He was notorious for having thrown heavy objects at poor Rupert.

“Yeah? How so?” she asked tentatively.

Nuecus rifled through his papers and mumbled a string of gibberish. “Ah, ha!” he proclaimed and hurried beside her. He held some mouldy old paper in one hand and his candle in the other.

“Feast your keen eyes here!” Nuecus waved the page towards Thea’s face. “I have bloody found it!”

“The amazing answer, of course, silly!”

Thea leaned in closer to the page and could barely make out anything legible. For a moment she wondered if he had spoken to the dwarf and found her a cure for her error messages. But then she realised who she was talking to.

“Young miss,” Nuecus leaned in closer, conspiratorially. “Do you have the unfortunate belief in miraculous ghosts?”

Thea sighed and silently chastised herself. She should’ve known better.

Nuecus grabbed her arm and shepherded her towards the table. Each page looked as illegible as the last.

“Here, look,” Nuecus said while pointing a finger at a spoon. “And there, Look!”

He then gestured towards an empty plate as if it was irrefutable evidence.

“There used to be delicious cake on that ugly plate and now there’s luckily none!”

“I wouldn’t know!” Nuecus replied, “I didn’t have a bleating chance to try it. The marvellous ghost ate it!”

“The ghost? Ate your cake?” Thea was hardly convinced. Firstly, she didn’t believe in ghosts and secondly there was no way that even if ghosts exist, they would need to eat. Let alone steal his cake.

Thea looked over at the desk and thought about the old man’s curse. Melly had told her that his memory was faulty at times and that It would be best not to irritate him. Nuecus had the habit of making mischievous miracles happen to those who displeased him. Poor Rupert, Thea thought.

Nuecus grinned and said, “we catch the doofus of course!”

Thea resigned herself to following the man as he moved back through the dusty passage and towards the warehouse. There he spun the parchment clockwise and tossed his candlestick aside while muttering incomprehensibly.

Thea jumped to stamp out the flame before Nuecus rushed forwards and called, “This way!”

They stopped just outside the armoury and Nuecus pulled Thea down to crouch outside its door. All the bandits’ cumbersome weapons were safely stored inside. There were blades, bows and bandit bags all lined up ready for quick access if ever the need arose.

Thea rolled her eyes as the shushing was far louder than any other noise in the room. She decided to go along with whatever crazy misadventure the old man planned. As soon as he was no longer having a senior moment, she would ask him for help. That way, she would be on his good side. Unlike the unlucky Rupert who had suffered plenty of heavy objects flung his way.

“Look,” Nuecus whispered as he pointed towards a row of swords. They swayed with the ship’s rocking making clanking sounds as they hit each other. Thea nodded and smiled to humour him.

Then something unexpected happened. On the other side was a row of daggers. One shifted slightly upwards, then vanished. Thea’s mouth opened in shock as she pointed to where the disappearing dagger had gone.

Nuecus gave her a smug look that could only mean, ‘Ha! I told you so’.

Then with a burst of impossible speed Nuecus galloped into the room and yanked a large wooden rod off the wall.

“Ghost begone!” Nuecus yelled as he swung the stick wildly.

Thea attempted to follow behind the old man, but his windmill technique was far too unpredictable. Nuecus hit everything. Everything except for the thieving ghost.

Nuecus looked a bit uncertain for a second then nodded, “you’re right.”

“Unless!” Nuecus shouted, then twisted his rod and swung even more destructively. Swords fell from hangers and the bandits’ bags bounded off racks. Each swing turned the armoury into even more of a mess. “That’s what they want you to think!”

A second later Nuecus collapsed and wheezed. He had finally lost his breath. Thea looked around the destroyed room and thought that even if there had been a ghost that it wouldn’t have survived the onslaught.

When the Thaumaturge finally caught his breath Thea turned to him and asked, “can’t you make a trap for it? Like a ghost net?”

His eyes lit up and he gave her a brilliant smile.

“I’ve ruddy got one of those!”

Then why didn’t you use it to begin with! Thea mentally screamed. She struggled to bottle the rage and clenched her fists.

Nuecus fiddled with his pockets and bit his tongue. The old man’s wild eyes rolled to focus on the roof and he thrust his hands deeper into his pockets.

Nuecus pulled out a green net and held it out for Thea’s inspection.

“It’s not specifically for lovely ghosts. It’s for all types of yucky creatures that contain wonderous magic. It should do just as nicely as an outhouse.”

The Thaumaturge then rescued his magical paper from the wreckage of the room and followed it like a map. Thea shrugged and followed. She noticed the wooden butler walk by and heard him swear as he approached the Armory.

Thea and Nuecus made their way outside into the open air. It was mid afternoon and the wind had picked up significantly. The smell of sulphur filled the air as the sight of a towering volcano rose above the horizon.

They had been keeping their distance from the volcanic land, knowing full well what lived there. Nuecus stumbled his way over the deck and towards the rear of the ship. There above them slouched Clemiticus, who was relaxing behind Rupert. Melly was nowhere to be seen and Skittles sat perched above them, keeping a careful eye on the humans below.

Nuecus ran towards Clemiticus and threw the net over him.

Clemiticus lazily looked up at the Thaumaturge through the holes of the netting.

The swashbuckler looked seriously at the old man. Thea couldn’t help but chuckle at the sight. Clemiticus looked unphased under the magical green net.

“Really?” Clemiticus asked. His interest had undoubtedly been piqued.

Thea strode to stand beside the Thaumaturge when she felt something solid bump into her. The stolen dagger from the armoury had flashed into existence. It bounced once, then skidded before Clemiticus.

Clemiticus removed the netting before picking up the dagger.

“Ghosts…” Clemiticus muttered, then looked up brightly. The swashbuckler stood up with his arms outstretched. “Thank you mister ghost. I will cherish this loot!”

Clemiticus then stowed the dagger into his pocket and patted Nuecus on the back. “We have a new friend!”

“Oh Thea! There you are,” Nuecus said cheerfully. “I have a little something for you.”

The old man pulled out a leather-bound book and handed it to her.

“Derrick said you had an unfortunate problem with your tricky magical creation plans. Hope this helps.”

Thea stood in shock with her new book in hand. Instead of asking the obvious question, she instead opened the book to find written passages, blueprints and a list of basic items.

She drifted her fingers over the word creation stick and said, “Create Basic Item: Stick!”

With a pale flash a stick materialised in front of her and abruptly fell to the floor. 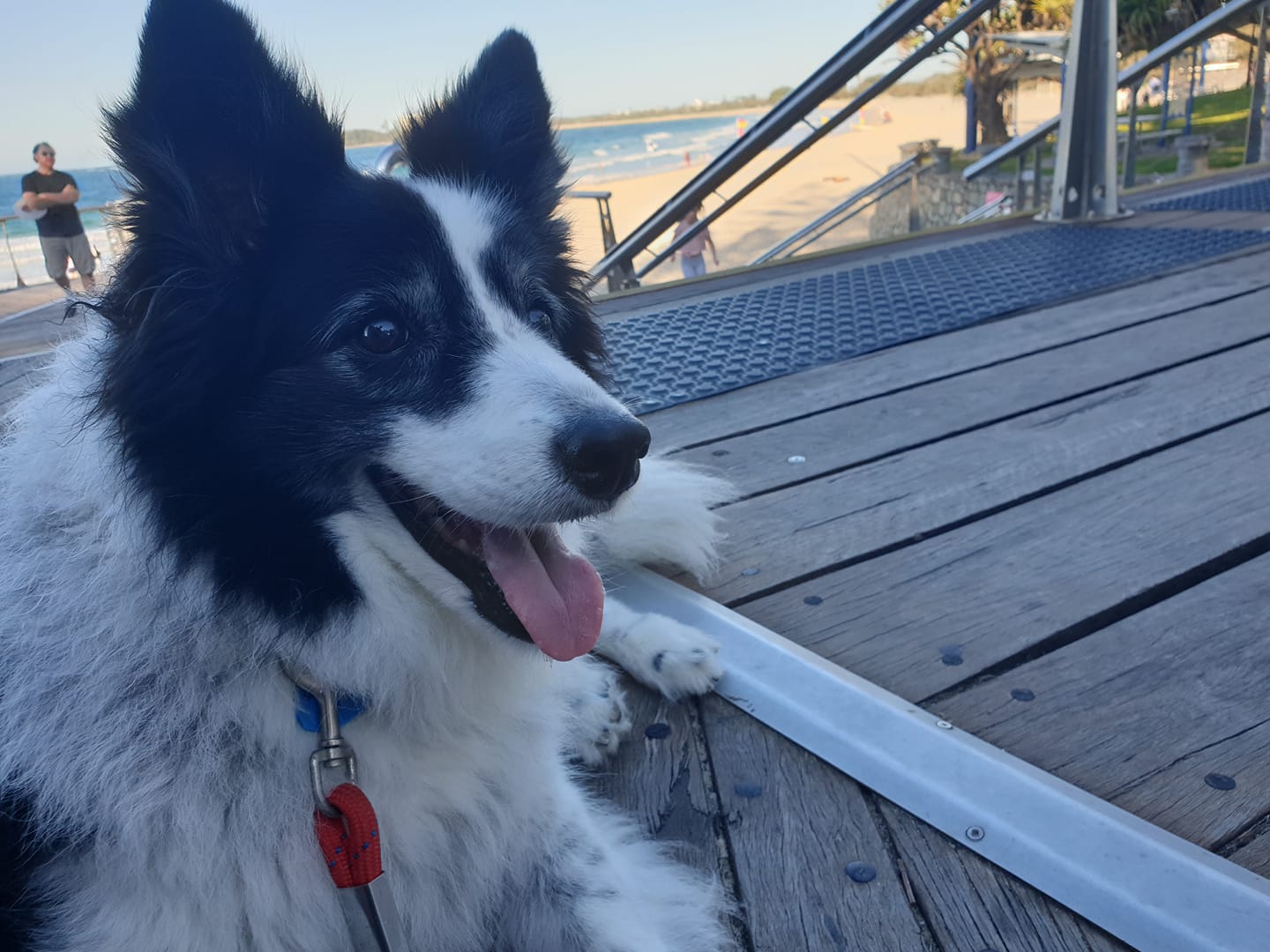