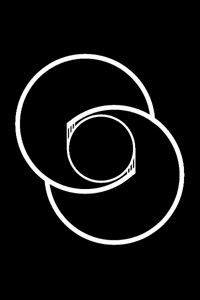 Book 4, Down to the Wire, begins on February 13th!

It was going to be January 30th, but life happened, sorry!

Join the Discord for discussion and extra goodies!

Caleb hasn't had a good day ever since he was abducted into outer space. The food sucks. Nobody understands a word he says. The aliens won't even let him leave his cell.

Best he can tell, he'll need to fight to escape and survive.

Confronted with hostile aliens, intent on holding him prisoner, Caleb chooses to dive headfirst among forces he can't understand. He'll either learn the eddies of the alien worlds he's stranded in, or else he'll never make it back home.

If his hallucination of one of the other abductees can be trusted, maybe they can make it through the trials before them.

At least there's no homework?

A Strong Start to a Strong Story

(Pel and I beta read for each other, but my review is still my own)

Cosmosis starts off pretty strong, with a good and intriguing hook, lots of speculation fodder and mysteriess to sink your teeth into, if you like that, while also not sitting around too long before giving peeks behind the curtain. The design for the aliens are inventive and unique, and one of the better parts of the early story.

The story is solid enough. Nothing too spectacular, but it's still better than a lot of stuff out there. No major twists or shakeups of the formula so far, but what is there is executed well.

Grammar is really solid, no major mistakes to be found.

A lot of the story is getting into character's heads, and they're at least interesting for it. The MC isn't anything revolutionary, just an average guy thrown into a decidedly non-average situation, but the interactions are fun and there's seeds of an interesting character seeded in there for the future.

It seems well written, I didn't see anything major in the construction.

The story starts very in media res, which I like generally, but it's a tad confusing on how they got there - but that's also part of the point, since the narrators don't know either.

Oh and it had Otters.

A great mixture of cosmic horror, survival and action in a single story.

The pacing is fast, but that just adds to the feeling of urgency in the chase. Characters all feel real and incredibly fleshed out, and no complaints from me about the grammar. All in all would recommend to anyone.

I feel like this maybe a bit too early for a proper review, but what's there is great. Aliens are Alien enough, there is enough mystery and clues to keep me guessing, I like the few creative applications of the "power" that we got to read about. It's rare to read good sci-fi on RRL that didn't get popular from r/HFY.

Good relationships. Interesting world building with dynamics between various factions. Protagonist with a special power. Great fighting scenes with clever applications. What more could you want in a story?

Most of the story (especially the beginning) is fast paced as the MC is trying to figure out what's going on and settles into a mix of "magical" training, interaction with other characters, and dangerous challenges

Hi there! I found Cosmosis from a shout out on another story yesterday, or the day before. I lost track. I'm current now and eagerly awaiting more :) this is really neat story that I am enjoying alot. The characters are very interesting and I'm enjoying them a lot and the world building of the various societies and how they interact is fascinating

I'm not gonna lie, going by writing quality this story should be in the top five on royal road. If your looking for a sign to give it a shot this is it, you won't regret it.

I really wish I could give feedback on this novel but for all the books I read I'm actually pretty trash at writing, I know whatever he's doing is working though.

It's been so long since I read a good 'kidnapped by aliens' story. For some reason they're just not trendy right now (can't imagine horrible reality where they'd replaced isekais as most popular genre xD). This webnovel is an enjoyable read with suprising drama right from the start and interesting worldbuilding. It doesn't have stellar quality but it is leaps above averege RR webnovel- it flows very nice, grammar is great and it's cringe-free.

The only dowside is the chase sequence wich IMO drags too long because Caleb didn't just make a knife to use in combat while complaining for 10 chapters about not having a weapon (which was just frustrating to read).

Overall a solid SF story so far, go and read it :)

The book starts off strong with an mc stuck in an alien cell. Things go south after that, if they werent already. My major gripe is the lack of planning. Mc cant communicate, has a weird tag along that is more aware than the mc, and has to fight for survival every chapter. There is no goal, no pursuit, and no training. It's frustrating to read because even one time skip could solve almost every problem from communication to fighting ability, yet I read in disbelief almost anything can happen at all. Hopefully these issues will be sorted out without plot armour.

Read this. It's a good story. The characters are pretty cool, the grammar seems pretty good, and the story is interesting. I'm only halfway through, but so far the only problem that kind of stands out to me is that the writing can be kind of confusing and hard to read sometimes. Doesn't really happen too often though, and even when it does it's still pretty easy to understand what's happening. So uhhhh. At least give the story a chance. For me, I could tell I liked it after the first 3 chapters. (Another plus: the chapters are long, at least compared to some other stories on royalroad).

Edit: Just read the whole thing, still a very good story. Looking back, there were a few times where it switched perspective that I didn't like, but that's more personal preference than anything being wrong with the story.

It's still really good and you should still definitely read it (or at least give it a chance).

Edit: Changing this to an advanced review, it says I need more words. Uhhh.

I really like the main character's interactions with the alien species. Part of the reason I disliked the pov switches is because it kind of took away from the intrigue and mystery if who and what the aliens were.