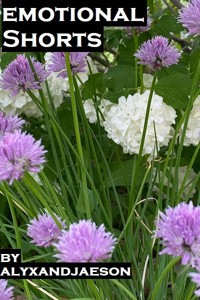 At least, if I did it right, it will be intense. Please comment and let me know how it makes you feel!

She felt as if all the eyes in the world were watching her. Becky had parked her car off to the side of the road; hazard lights blinking. Struggling to breathe. Focusing on calm thoughts. The panic attack was pretty bad.

Oh gosh, how on earth could she manage this! Everything was so overwhelming!

Main breakers on houses are not supposed to fail, but somehow two of the four output lines on hers had rusted and shorted out. The electrician had given her the option to replace just the main breaker at a mere $700. The risk - the other circuit breakers in her panel were also rusting out and her panel wasn’t up to the current electrical safety codes. The best option was to install a whole new panel for the house. Cost: $5k. Reluctantly, Becky had agreed. They had it fixed three days later. That was two weeks ago.

The cat began acting strange last week: drinking a lot of water, meowing at the litter box, ignoring food and playtime. Becky knew when cats stopped eating, they could starve themselves to death in less than three days. She scheduled an “emergency” veterinarian visit. Her cat was only 9 years old and hadn’t had any medical problems up to this point. Her Russian Blue was beautiful, calm, friendly and apparently prone to kidney problems based on breed and age. He needed bloodwork, an IV to rehydrate, antibiotics, and some new medicated food. Cost: $2k. At least he was feeling better now.

Then Monday, the car started acting up. Acceleration wasn’t working right…the car would sort-of shudder before catching the right signals and speeding up. Becky was terrified she would get stuck in an intersection or be rammed by a bigger vehicle from behind. So, she took it to the shop. Diagnosis: bad alternator. Cost: $2k. They fixed it yesterday – Wednesday.

And now, today…. It was just too much.

Becky’s mind replayed the phone conversation from an hour ago.

“Hey honey. Do you have a few minutes? I need to have a chat with you about something important.”

“Sure! I was just about to head out for some groceries, but I can do that after we chat.”

“Oh, that’s good. I was worried I wouldn’t be able to catch you.”

“So, what’s this about? You sound awfully serious. Is everything okay with you and Dad?”

“Well, no. Not exactly. You know, you might need to sit down for this. It might come as a shock.”

“Okay Mom, I’m sitting down. You should just tell me what’s going on. You’re starting to scare me.”

“Your Father and I were in a car accident earlier today. Your Father, he’s in the hospital right now.” Her voice wavered a bit and then steadied. “They think he’ll pull through but it will be a bad night.”

“Oh Mom! Are you okay? Is anyone there with you? Which hospital are you at? I’ll get my keys and come right away!”

Becky had jotted down the hospital name and address before jumping into the car. She used the hands-free option to call her sister. The chat was brief.

She was at an intersection less than a mile from the hospital. Waiting with other traffic at the red light, worry gnawing at her gut, and trying not to think of all the worst-case scenarios. When the light turned green, she proceeded through the intersection as any other normal person would. If she had been at the front of the line of cars, it might have been expected to see someone running the red light and zipping toward her. Three cars were in front of her. So, she wasn’t looking; watching out, for someone to come at her from the side.

Becky’s car had a dent in the driver-side front door.

The motorcyclist was in bad shape.

Becky had seen him FLY into the rest of traffic.

She couldn’t look to see what happened to him.

She felt as if all the eyes in the world were watching her. Becky had parked her car off to the side of the road; hazard lights blinking.

The panic attack was pretty bad.

Bio: Hello!!
I write short stories. Many of them are unfinished. I am attempting to learn how to branch into longer works of fiction...or find ways to combine the unfinished short stories into something interesting. Any feedback, thoughts, commentary, opinions, critiques, or just general "what if" ideas are welcome!
Other info about me...I have a lot of hobbies, I enjoy reading and pondering, I'm an introvert, and Royal Road is my first ever attempt at sharing what I've written. I've spent most of my life "under a rock" so I am pretty clueless about a lot of pop culture references, social media things, memes, etc.

Thank you for looking at my fiction!