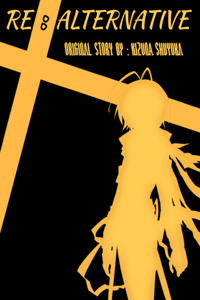 Enter Axia, a land where powers both divine and demonic are allowed to roam, unchecked by the greater powers of the universe.

Guisei, codename: GREED alongside his partner, Nabi, codename: WRATH. Have served dutifully under the rule of the leaders of the Axia Alliance: The Cardinal Sins and have been chosen to inherit the unknown abilities them alongside the expectations.

Will they be doomed to continue a cycle that they know, or will they be the first to move against the current?

Releases every Friday at 12pm EST