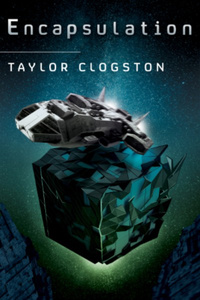 This is the first draft of the story. The edited and expanded final version is available free for KU subscribers and for sale on Kindle.

Planet Dirt: Remnant of an exile world, ground down by governmental and megacorp warring.

The Accident a generation ago erased what its inhabitants had not already forgotten.

Their brightest scientists vanished without a trace, leaving only the icy Wasteland.

Carrick, a gangster, chooses Wasteland exile rather than betray the Family. Intelligent and loyal, he determines to bend the frontier’s prisoners to his will.

After all, when people won’t choose what’s best for themselves, they must be forced to choose.

But the Wasteland conceals impossible scientific phenomena that force Carrick to realize how little he understands.

And when an officer of humanity’s ancient, starfaring empire crashes into the Wasteland’s heart, he reveals Planet Dirt’s coldest secret.

The Accident was only the beginning of a bitter end.

Just to get this out of the way, the grammar is generally fine, especially by the standards of this site. There are a few typos and doubled up words, where two potential terms have been added and not deleted. However these don’t occur often enough that they take you out of the story, and there are generally only a few mistakes per chapter.

There are also a couple of occasions where the character’s name is literally written as the word ‘Character’, presumably as a placeholder term! Seems like an easy fix though.

Judging such a thing is always going to be a matter of personal taste - I enjoyed the fast progression from beat to beat, but I did sometimes feel that the narration often overwhelmed the voices of the characters somewhat.

Action scenes, especially, felt more like receiving a dispassionate summary of an already concluded event rather than being present in the thick of the action.

There are also a few moments where the narrator would suddenly break the fourth wall out of nowhere, which were a little jarring considering the rest of the text was written in a totally different style.

The work is fairly short and more of a novella length, which obviously restricts its room for development. That said, this is a good, self contained story, and ambitious in what it tries to achieve in a relatively short amount of time. The pacing is pretty spot on, right up until the very end of the story, where things begin to feel a little rushed. It could also be argued that perhaps a little too much time is spent on the prison, as I did not feel truly drawn into the story until the plotlines of the two protagonists started to interweave.

There are also a lot of plot points which are left underdeveloped, perhaps due to the brevity of the work. The idealogue virus could certainly have been emphasised more. Considering it becomes a major plot point near the end, it remains a bit overshadowed by some over devices and is left in the background for most of the story, to the point where I forgot it was even a factor. Likewise, the character’s criminal past rarely comes into play, considering the emphasis put on it, save for informing him on his role in prison.

I also feel that with the amount of emphasis put on it, the ghost grass needed a larger role in the plot.

Otherwise the world (galaxy) building is pretty colourful, and the sci fi elements are presented really well.This kind of story is actually right up my alley, and I did not have to struggle to finish at all. I found myself really enjoying the ending, but it was noticeable that some elements needed to be set up far earlier in the story to really resonate, and earn their place, as it were.

The characters presented in the story are competently crafted, though it could be argued that only the main character, Carrick, and Apple, a tertiary character. Otherwise, they work well enough to fulfil their roles, and are drawn well enough that they don’t just fade into the background -a trap that I’ve seen many other authors stumble into.

That said, Carrick does come across as a little uneven in his personality and opinions, teetering constantly between a righteous square and a morally grey rogue. Perhaps with a little more time on the character things would even out a lot better. His past is also not very well drawn, which wouldn’t be an issue, except it becomes a major plot point at the end. For the character’s motivations to really ring true, I think more time needed to be spent on his origin and relationship with the boss.

So in conclusion, its eminently readable. The story is self contained, and the plot is great, if a little underdeveloped in parts. If you’re reading this, it’s definitely worth a look!

Review Swap of Chapter One

I found it difficult to become engrossed in the presented in the first chapter. For me the main issue being the numerous ideas, names, and concepts introduced back-to-back. For some readers this might not be an issue, but for me the pacing of the world-building alongside introducing us to Anger was too much. We start with Anger already in a very dangerous situation, which can work but if we start in media res, then I would prefer there be something besides the peril and world-building to hook me. I couldn't conjure Anger up in my head, and so it made it pretty difficult to feel any kind of suspense or excitement about the dire situation he's in. And because of this issue, a ripple effect occurs where the rest of the world building, and for a lack of a better term 'buzzwords' of sci-fi ideas don't resonate with me. if we have Anger in the ship I think I would appreciate a more moment-to-moment play that situates me beside him, seeing things from a very specific vantage point. The prose made me feel more like I was getting a birds eye view of everthing occuring rather than being in the middle of the action.

The presentation and actual quality of the prose is fine, but without being properly engaged at the start of the chapter it reads nice but doesn't pull me in as a reader. I would recommend focusing more on the atmosphere, and moment-to-moment sensations and details occuring inside the cockpit with Anger.