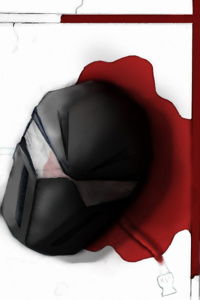 This is a Hotd (Highschool of the dead.) fanfiction.

OC that has seen the anime and is thrown into the hotd world. (Being dyslexic expect some, hiccups down the road.)

Reviewed at: chapter 20: Samurai, I am not

The MC doesn't have any cheats except being very fit physically and future Knowledge. Its extremely realistic on what a person could do to prepare. It does start out very slow and the mc thinks to himself a lot (since he's not that good at socializing), but its still very good. Even the MC feeling awkward when interacting is very natural as well. The way the characters develop, how they feel or think, its all very well thought out. Can't really believe not many people read this. Its one of the best fics I've read. I can't wait to see what happens next. You can literally just imagine that although you might do some things differently, You'd still go with the general flow the mc has gone with. Also, all the butterfly effects make sense. (there aren't that many though).

Furthermore, contrart to what the author wrote, there aren't any noticable grammatical errors.

How is this still not 200 words long? lol

No reviews? How?! This is excellent

Reviewed at: chapter 20: Samurai, I am not

It baffles me that no one has reviewed this story yet. It's really really good.

It was genius to start the story two days before canon. I love how all interactions the MC partakes in are tainted by the looming dread of what is to come. You did an excellent job of establishing what the MC can and cannot do and in what kind of relation he stands to the relevant characters and the world.

Even when canon starts and your MC truges along the laid out path you  go out of your way to show the relationships between the characters from a new perspective and make a conscious effort to deviate from what was shown on screen through side-missions and being at a different place then Takeshi.

For saying that you are dyslexic, this is still a mostly error free script. Certainly nothing that impacted my reading-flow or -enjoyment.

Saya, Saeko and Kohta (or Kouta) are pretty much spot on and you explore their characters well enough to make any deviations from their canon behaviour believable. They are all very charming.

Rei and Takashi and Shizuka are kind of dropped under the table a bit on the one hand. But on the other hand it takes a good author to know when to prioritize some characters over others and the interactions with the rest are much more focused for it. Still, I hope at some point Rei, Shizuka and Takashi all get some more interaction at least to the degree that the dynamic between them and the MC is firmly established.

The side-characters and antagonists display the same phenomenon (I don't want to say problem because it isn't). The ones that are focused on (like Shidô, Zeke or the mansion-guards) get well defined, while others (for example Saya's dad) are a bit brushed aside.

Let me reitterate: This is fine and shows you know how to spend your time.

Finally, the MC: I almost had a stroke trying to read his name at first (<--no offence if this is your own name) and it is a good move that you adress his naming problems in the story itself.

Other than that he is likeable and semi-competent enough that he is still allowed to make mistakes but I do not want to scream at him.

Most of his actions are well reasoned and if they are not, your story calls him out for it. Good job.

The only time I was a bit baffled is when it is spelled out that he also has a thing for Saya. Before it was explicitly mentioned I kind of didn't catch that vibe. Afterwards you handle it well though. Could be that I'm just a social retard.

This story is criminally under-reviewed and deserves a lot more love than it is getting. The only way I can see this story failing in the future is if you don't have a plan for when the canon-material runs out. But from some signs in the recent chapters, I don't think that's the case. Keep up the good work :-)

Reviewed at: chapter 7: At the gates