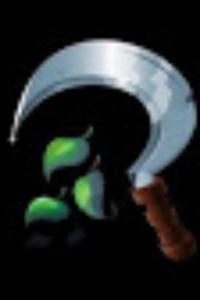 Jason was one day walking home from his work hoping for another uneventful day, but that was only wishful thinking as it would turn onto anything but ordinary.

He saved someone, but because not all good deeds are rewarded he unexpectedly died, but he didn'tgo to the afterlife. Instead meet 'god' who offered him a second chance, but again not every good deed is rewarded and he is reincarnated just like that.

A cruel and brutal world awaited him. Full of magic ,adventure and opportunities, but is it worth living?

The Grammar is terrible you'll see that  half way through chapter one, lines don't flow well and are pretty stilted, back ground characters feel flat and robotic. Sorry author hope you take this as constructive criticism it's just what needs to be fixed to up your score. I read as far as I could and points for getting better after 1 but yeah still rough. I believe I have given it a fair shake and wish you luck author.

Reviewed at: The Edge of Life

The grammar is bad, the events seem confusing and stilted, without flow. The whole randomly tampering with the mind of  his whole family for kicks makes me hate the dude too. Basically unlikeable MC is a terrible person with bad grammar and there is no flow. Also the random chaotic stupid villain and insecure superbeing dont help.

I expected plant farming going in and I did not get it. If farming comes later I would not know because I am dropping this.

The story feels like a rough draft to me, and it has potential.

The main character is generally a bad personality I do not want to read from consistently. It feels like the world revolves around them.

It feels to me that the mc only is alive out of sheer luck, there is skill but it feels overshadowed at times. The beginning I felt was an earned victory.

Characters feel in general too quick to change personality. I get different vibes from the same character thinking I am reading someone else speaking. Although that could be me messing up remembering them.

The grammar has been getting better. I have not been paying attention to every grammatical error I come across.

Some good ideas, but needs work

Reviewed at: One Week

There are some interesting plot points, but this story needs a lot of polishing.

As some other reviewers have said, lots of little grammar issues. It's not unreadable, but it's all things that could be easily fixed with any grammar checker.

Something about the flow also seems a bit stilted. I think there isn't great transition between the main characters thoughts and discriptions of a scene. And things happen very suddenly.

Also, some of the things I did find interesting are a bit tarnished by some of the story logic:

The Main Character dies when he pushes a mother and daugher out of the way of a speeding car.

Interesting: the driver (a woman who was putting on makeup while driving) also dies and is also going to be transmigrated

Not intersting: The main character basically just shrugs and forgives her, cuz he's already dead so he doesn't care. The woman is upset to be dead, but doesn't really seem affected by the fact she killed someone.

Also interesting: Your life karma can be used to pick a class in the other world (and for other things).

Not intersting: Somehow the woman who killed him has more good karma than the main character. Author says it was because she was more virtuous and it was an accident. I just don't see how a 17 year old boy who dies saving two people could possibly have less good karma than a woman who commits vehicular manslaughter (and doesn't seem very sorry).

Basically, there's some potential in this story but it needs some work.

the farmer gets to do everything except a farmer xD

I was hoping that maybe it's true I took advantage of the title that was given but I think they should have chosen another title xD
after that it seems like a good story to me .. learn fast due to the title although I would have liked more conflict in the fight. not out of nowhere is he already a master at fighting creatures.
......