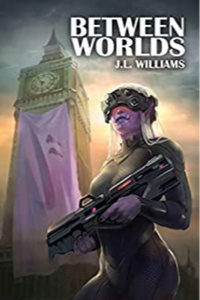 (This is a reupload of Sexy Space Babes, as it's easier for me to reupload the series in a new format rather than go back and re-insert the old chapters that were taken down while the first book was on Kindle Unlimited.)

Our hero, Chad Novacock himself, is small, cute, has ridiculous stamina by galactic standards, and a libido that's (*gasp*!) on par with or even exceeds a woman's! He's a tough, no-nonsense man who don't need no woman and can take care of himself (which sort of caused this whole mess). He's even known to casually take his shirt off to go swimming and act like it's totally normal, the little minx!

That's right, the sexy space babes? Earth men. They're so adorable and rumor has it, they'll do anything. If they won't, that means they just need a little convincing, right?

SSB is a science fiction gender role reversal that forcibly shoves a man into a 'woman's' place in society. Jason has to develop the social survival skills and awareness that most women consider part of daily life whether they like it or not, and most men are completely oblivious to.

I went into this with very low expectations. The description makes it obvious this had a romance or smut leaning which tends to lower the bar. But I'll give a lot of stories a shot.

And what a pleasant surprise. The author is competent, first and foremost. Not to say they're the wordsmith of the century, but the prose flows very organically. I never have to reread a passage from confusion and mistakes are rare. This is a step up from most stories on this site and it is immediately obvious.

What stands out though is that the author isn't afraid to follow through with the setting. I wholly expected the setting to solely be an excuse for wanton debauchery with little actual exploration of the main themes. And while there is smut, there are scenes that genuinely try to explore sexual dynamics and role reversal. There are the expected scenes of the protagonist lusting after the amazonian aliens; but then there are also scenes of the protagonist being told he needs to be careful how he dresses because of how it might be taken.

It was more than I expected, and it makes the story far more enjoyable and interesting. Honestly, the only reason I didn't give the full five stars is because I want even more exploration into that world building and the dynamics that come about because of it.

If you like smut, this is an easy yes. If you don't, it might still surprisingly be a yes. Author thankfully puts warnings for the smut chapters which can be avoided, and the exploration of role reversal is interesting. I just hope there's even more exploring it going forward.

More than meets the eye...

..and considering the main character is eye level with a multitude of purple tig ol bitties that's saying something.

I came into this series thinking that it'd be a funny little smut to read before dozing off for the night, probably halfway through the first or second chapter.. Instead I ended up decently engrossed with the interesting setting and charming charcters. So much so that I uh.. didn't actually get that sleep I was aiming for as I ended up binging up to my current point.

The characters arn't just 2D with tig ol bitties, (though there are plenty of tig ol bitties for sure) most leave me with a desire to know more which the author gladly provides without info-dumping. Many are pleasant and enjoyable to have in the story even when they aren't in the forefront.

The setting is intriguing and again leaves me wanting more with each tasty little morsel of worldbuilding or lore I get my hands on. While not overly in depth it's not just 'Space (insert hot lady bits) and Space but over there'. I can appreciate what's there and what can potentially come in the future.

The biggest detriment to the whole story though would have to be the fact that I'm afraid the author might be holding back in their potential going forward due to backlash over what they decided to have in their story.

Now I understand that all opinions must be heard, I still heartily agree with good ol Volt's “I disagree with what you say, but I will defend to the death your right to say it”.
HOWEVER if one is simply attacking another or using this chance of free discourse to shove your ideals down someone's throat forcibly then.. No, just no. (This is in regards to people other than the author just in case anyone is confused by my sleep deprived review/ramble.)

That aside I have great hope's for the author and his work as I have honestly enjoyed reading this story as I hope many others do as well.

Anyone who does not wish to read this work due to it's content.. That's perfectly okay and your choice so go ahead, I understand that not everyone will like or enjoy all that it holds.

Anyone who attacks an author for including whatever the heck content they decide in their own work can go (Had something very specific about a cactus here but I'm trying to stay within guidlines and focus on the review.)
((Also again if there's any major spelling/rambling errors I apologize but I was pulled into the story enough that I forgot to sleep. Though maybe that should suffice as a good summary of my review.))
'Good enough I forgot to sleep while bing reading.'