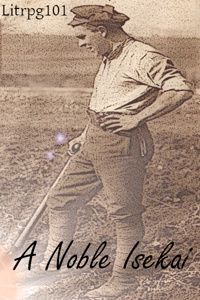 Fame, power, fortune. All of this does not matter when the world moves as if it is a fantasy. Jay realizes this, but he will be damned before he lives in a game world as an aimless peasant.

Oh, and this is technically a loop story.

The novel told a story of a trope-aware, genre-savvy isekai MC 'Jay' who decided that instead of Wilson, his conversation partner ought to be his cat-like, uncaring, and long suffering steed fitting for a man of his station. A.k.a His donkey.

The story itself was crisp. It blended snark and self-deprecation in a way that come off hilarious. The plot which hinted by his 'quest' are teasing. Promising that he would do big stuffs, even though it wasn't yet explained what the stuffs are.

For style though, it's adequate if you don't mind the zoom in-zoom out of POV on the first chapter (the distance between the reader and the main character). Personally, I kinda did because the word counts feel to short for that kind of zoom in-zoom out, then again to be fair it supposed to indicate time skip, a montage when

the noble MC, finally acquired his much deserved land. After doing quest for how long months.

Later chapters were more consistent distance-wise, however the head hopping (even though it only with the donkey) could use a page break.

Grammar side, I found no typo and voted hard yes for the space after comma (just do it please)

All in all, it was a good read, a lighthearted, light-novel styled you munched in a binge.

Read the first 8 chapters. Intriguing start with a solid introductionto  Jay / Duke. The opening sets the tone for a Litrpg solidly, no doubts about the promises.

Story: The narrative moves quickly to action leaving little time to pause. The situation is developing as the chapters progress. Stakes grow with the introduction of antagonist / contagonists. There is little to slow or challenge Jay / Duke throughout. The setting is left mostly to the reader’s imagination.

Style: Dialogue is good, though I would like more of it and interaction with other characters. The pace is steady. The format of the story sits tightly in the litrpg realm.

Grammar: I'm not skilled enough to identify the actual issues. There did seem to be places that would work better grammatically.

Characters: Jay is developing clearly as an energetic and exuberant child that clearly has a passion and sense of humor. I can empathize with his situation. A quirky personality that is quick to relate to.
I’m curious where characters such as Sliver will progress to.

Overall, a good read that I'd suggest. The hooks and questions are solid, hooks move into true situations and answers come in time. Little seems to stop or slow the protagonist.

As a warning, this review is being written early on. Any criticisms may not hold indefinitely.

The story is well enough. As said before, plot has not yet been put out too much, seeing as their have not been published too many chapters yet. What has come out, however, does look more than a little interesting.

Charatherisation? Good enough. Strange names but that is something that the reader can get used to. Did no harm after the first three chapters.

Style is good. Holds itself to an high standard throughout most of the fiction. Grammar.... is also good. A few spots here and there could be looked over in the future though.

Overall, I would say that the story is good for an casual read.