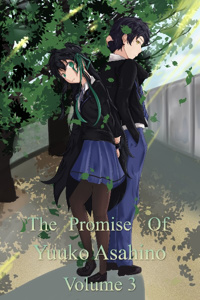 Taking off a shirt is something even a child can do, yet he’s had two separate periods of time in his life where he struggled in removing it. Granted, he preferred the difficulty of being so covered in sweat the fabric stuck to his skin, to the difficulty he had the last two years of his life. Frustrated, he jerked the top of the shirt, pulling on it so hard he sent himself crashing into the lockers.

Clawing away from the back this time, his head finally popped into the air as he panted like a man who’d been drowning. It was a simple accident, but he felt embarrassed by it; so much so that he pinched the bridge of his nose before opening his phone to look for a certain picture. Finding it in a folder labeled “One Day,” a playful smile stretched across his face as he reminded himself of why he worked up a sweat in the first place.

Walking to the closest mirror, he compared the man in front of him to the man in the image; his head bobbed up, down, and up again so many times he got dizzy.

But his smile never faded. In fact, with every comparison it seemed to grow a bit bigger, and his eyes shone just a bit brighter.

Finally noticing the time, the boy hurriedly tucked his gym clothes into his bag and left the locker room. It had only been about an hour and a half since classes let out, but the weather was already so cool; the sign of an early autumn. The track field before him didn’t have many students, but the few he could see were cooling off from various exercises, some didn’t even look fazed.

“Doesn’t that make me kind of pathetic for sweating so much?” he smiled to himself.

He’d barely started walking when he felt someone haul the back of his collar and throw him into the shadow of a nearby building. He hit the dirt with a hard *thud,* but quickly scrambled back to his feet.

“I’m just going back to my dorm, I don’t want to cause any problems Ryu.”

He knew who it was the moment he hit the ground, but he didn’t expect his bully to be surrounded by his four friends, with him standing at the center.

“Ho?” he said, sounding genuinely surprised. “What, no introduction this time? I thought ‘Luka Schafer’ always introduces himself because he ‘commands respect’.”

He cringed at the words, mostly because they were true.

“Since when did you decide to quit roleplaying and get some common sense!?”

“Good, because tomorrow you’re going to transfer out of our class.”

“Because I’m getting sick of looking at you everyday; just being in the same room as you ruins my mood!”

“But I haven’t bothered you! We haven’t spoken to each other since Spring semester!”

Ryu threateningly stepped forward. “In the Spring, you wouldn’t have talked back, let alone look me in the eye.”

“Just cause you lost some lard, you got an ego now? That it?”

“When you praise yourself so highly it makes others want to teach you humility!”

He swung at Theo, but he’d anticipated and moved at the last second. Ryu turned around, a wickedly impressed smile on his face.

“I guess it makes sense with all that fat off you, but you should’ve kept it. It’ll make this hurt a lot less!”

Ryu took another swing, barely missing his cheek; that might’ve given Theo enough time to get in a punch of his own, but he failed to notice Ryu’s second strike until it was too late. The kick to his stomach sent him tumbling backwards, and there was no way he could recover as quickly as before. Ryu was right— it actually did hurt less when he was fat.

“Get up Theo, we’re not finished.”

Holding his stomach, he propped his free arm against the brick wall for support. For months everything had been going well, so well in fact, he actually hoped Ryu had just gotten bored with him, or had seen his progress and deemed him not worth bullying anymore.

Now all of a sudden he wants him to change classes, and knowing him, he would find a way to make good on his threat.

That’s what he said.

“—because if you fight everything and everyone, you won’t have the strength left to fight for what matters.”

He would tell Theo that this is a fight that matters; he has to stand up for himself, right here and now. Letting go of the wall, he limped for a moment before charging at Ryu.

He took a wide swing at his head which Ryu dodged by going under, but he’d anticipated that. Using his leg, he aimed his knee right for his head, a clean knockout to end their fight.

But Ryu was trained, much more than he ever was.

Using his palms, Ryu caught his knee, yanking it down while pulling himself back up. In an instant their positions had switched, with Theo being forced to bend his other knee after having it struck. He braced himself for the worst, but it wasn’t enough.

Clenching his fist, Ryu punched his stomach so hard he felt himself vomit. Spit flew out of his mouth and his throat failed to make any noise, he couldn’t, there was no air left in his lungs. He collapsed, his blue eyes becoming bloodshot as another strike to his face sent him into the dirt.

“Consider this a courtesy,” said Ryu, walking around his body. “I’ll leave you alone when you transfer, since I won’t have to see you anymore.”

Theo clawed the dirt as Ryu popped his knuckles in preparation for his last punch, meant to knock him out. Before he knew it, however, someone appeared in front of him, holding his fist with one hand while blocking his body from coming any closer to his target.

Through his anger, he couldn’t help but be impressed as a pair of golden eyes turned to meet his own.

“What are you doing here?” Ryu asked.

“I’m here to see what happens.” the boy responded. Releasing his arm, he pushed Ryu back just enough to get some distance between.

“Are you okay?” he asked the writhing blonde boy.

Theo gave a nod as the boy crouched down to help him pick himself up from the dirt.

“You were taking a while, so I came to check if everything was alright.” he turned to address the leader of the group behind them. “Why start back up again?”

“It’s got nothing to do with you.” he spat back.

The boy gave a solemn nod as he turned to his friend, whose color began returning to his face.

“Are you sure you want to do this?”

Theo knew what he was talking about. And for the first time in his life, he absolutely knew the answer.

“I want to go through with it.”

His friend studied him, deep golden eyes piercing straight through him.

“Okay,” he responded. “But we’ll have to go somewhere with less people…assuming of course, you also want to go through with this.”

“We were already fighting when you decided to interrupt!”

“I didn’t,” the boy replied calmly. “I’m helping you. Unless you’d rather the students and supervising teacher get a little too close and listen to what you’re doing.”

Ryu grit his teeth as the boy with golden eyes led them out of the shadow and around the field. It was only a short walk, but they soon found themselves in a blind spot behind the entire track, near the fence keeping students inside the premises. They were still technically on the track, but hardly anyone would be able to see them, let alone listen.

“Can you ask your friends to stand back? This is between you and Theo, and I’d like to ask him something beforehand.”

Ryu smirked as his friends retreated some meters from their leader, and Theo and the boy did the same.

“You want to ask me something?” said Theo with confused blue eyes.

“Why are you doing this?”

His friend said nothing as he studied him. At first he thought it was strange, but he’s gotten used to the look.

The boy offered a slightly surprised face, as though he wasn’t expecting the question; it made him smile.

Theo laughed, “Then tell me later, cause I want to know too.”

With that, he stepped forward, the bruise on his cheek beginning to visibly swell.

His friend watched from a distance as a girl approached him from behind.

“Why are you letting him fight a battle you know he’s going to lose?” she asked.

“Because it’s not a fight of aggression. This is a fight to understand themselves, each other, and the friendship they had.”

“But fighting? Isn’t that a bit…dramatic?”

“Sometimes words aren’t enough, sometimes you can only communicate with your body. It’s rare, but this is one of those times.”

The girl, who wore a green ribbon down the side of her hair, made a worried face as she turned to watch Theo and Ryu taking their place.

“I’m not who I was in middle school or the start of this year, Ryu! I show you the lessons I’ve learned and the person I’ve become!”

The boy across from him began to smile. “When you quit spouting off that kind of nonsense, then I’ll consider believing you!”

“To change yourself,” thought Yuuko. “When you move yourself, you can move others.”

If Theo understands himself…I wonder if this also isn’t a fight to prove that.

If so, Yuuko thought it was a selfish thing to do.

Though he’s the last person qualified to speak out against selfishness.