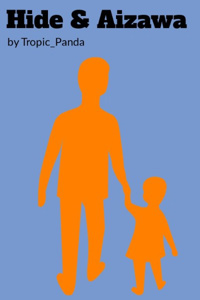 Under the darkness of the night, on a steep slope in one corner of the Avrika Continent, while leaning to a rock, Hide looked at Carlson who was desperately trying to stop the bleeding in his left stomach.

But Hide realized that the gunshot wound in his stomach could not be healed. No medical procedure can save a victim of a hollow point bullet.

"Carl, don't waste time. I can only last 20 minutes at most. Go while I can hold them off."

Carlson looked at Hide with a deep sigh.  A colleague who was certified as an assistant surgeon, and he never gave up on an injury of any kind as long as there was the slightest hope.

Twice, Carlson nearly died from gunshot wounds and already became half a corpse, but Hide managed to save him when other paramedics surrendered.

Carlson would also find it difficult if asked to count the number of people Hide had saved using his skills as an assistant surgeon.

"No, I no longer have any family in this world."

Hide lit a cigarette before inhaling deeply, and immediately felt a terrible pain from the wound in his left stomach.

"Help me set the remaining claymore, then get out of here asap."

Without a word, Carlson complied with Hide's request. There is only two remaining Claymore, but because to reach Hide's position there is only a very steep path, two claymore pieces are more than enough to make their pursuer bleed.

"Either in hell or in the next life, I will look for you and we can be partners again."

Hide smiled a little while looking deeply at Carlson. But after Carlson was out of sight he looked back into the distance while remorse reflected deep in his eyes.  Regret that haunted his life for a dozen years until he repeatedly accepted high-risk assignments in the hope that it would end his life.

Five years as a member of the 1st Airborne Ranger Brigade, eight years as a support element at the SFG with six qualifications apart from sniper and CQB, six years as a mercenary until finally he ended up in a corner of Avrika Continent, sitting alone and drowning in regret, while waiting for the end of his life.

Tears streamed down Hide's cheeks while his mind was filled with memories of his half-sister.

Emily is a piano player in a high-class pub, specializing in jazz songs. Initially, Hide's father just fell in love with Emily's music, but slowly and surely the relationship between the two became deeply serious. Not long after their marriage, Emily gave birth to a very sweet daughter named Aizawa Rhoe.

Emily is a soft-hearted woman and an almost perfect mother. Because of that Aizawa can live her days full of joy. But life always goes in unexpected directions. By the time Aizawa was four years old, Emily died in a traffic accident.

After she lost her mother, Aizawa then made Hide as her support, his half brother who didn't care about her at all. It is natural because his father who was too carried away in sadness no longer cared about his children

Even though Hide didn't treat her like a younger sister, Aizawa continued to follow him because she had no other choice. At home she has no parental figures, at school her friends stay away from her because she is a mixed-blood with slightly brown hair and sky blue eyes.

According to psychology, a three-year-old child is already able to read the emotions projected on them, so Aizawa easily realizes the negative feelings that Hide projected to her. However, Aizawa tirelessly tried to be an obedient child and never fussed with the hope that one day Hide would accept her.

But hope is only hope, when Aizawa was seven years old her father was killed in a robbery, and at the same time Hide chose to leave her.

Hide, who panicked when he received the news that his father had died, chose to leave home before joining the military.  Luckily, officials from the social service gave a helping hand to take care of his father's funeral, then put Aizawa into an orphanage.

It was only when Aizawa was 16 years old that Hide dared to meet her. Hide, who at that time felt that he was worthy to rely on, invited Aizawa to return to live as a family. Of course, Aizawa answered his invitation with overwhelming hatred.

Hide understands the hatred Aizawa throws at him, but he can't see Aizawa living with drug and alcohol addicts.  Moreover, this scumbag treated Aizawa harshly.

Hide decided to intervene and managed to separate Aizawa from the addicts who often beat her. However, Aizawa responded by establishing a relationship with a more bastard man. This cycle was repeated several times until finally, Aizawa's life was at a point where it could no longer be tolerated.

Ironically, by the time Hide finally knew what to do and how he had to do it, Aizawa had already committed suicide by overdose, and the last message he left was 'Hide, I hate you.'

Since then, regret has followed Hide wherever he went and crushed his heart day after day. In short, this world became Hide's hell.

"In the next life, let me endure all your suffering so that you can live without a single regret."

Hide muttered while the faint sound of footsteps could be heard from the bottom of the slope. Hide immediately opened the detonator's safety in his hand, then calmly waited.

Only by relying on his hearing, Hide could tell that out of the dozen targets had just entered Clyamore's range. He then pressed gently on the detonator and the two claymores previously installed by Carlson, instantly spewed out hundreds of buckshot which burst out to form a fan.

Not long after that, moans and groans filled the air, but Hide didn't have much time to listen, because his pursuers fired RPGs sporadically and one of them hit him hard.

With a loud and dazzling explosion, Uesugi Hidetada left this world carrying the greatest regret in his life.

Bio: I love reading, and almost every time I read I feel the urge to write. At first I ignored the urge, but in the end I realized I had to get various ideas out of my mind or I would have trouble sleeping every night.

So I started a small project to write down the contents of my mind.

And please forgive my English. It’s not my first language but, trust me I’ll do my best to write it right.

I deeply hope you will enjoy my work and please support this strugling poor author and his works.

I work alone and only write in Royal Road, Inkstone, Wattpad, and Patreon using ID Tropic_Panda. So if you read my work outside those sites or in any other form, meaning you enjoyed stolen work.

Please help me fight piracy by informing me. Thank you very much and best regards.

Gentle reminder: Alexandria Insuriati is a rotten and deceitful bi*tch. So be careful if you meet her.