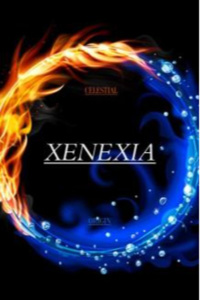 Two siblings, who lost their parents at an early age. The two grew up in an orphanage. Altea, the younger sibling, was a bright and cheery girl. On the contrary, Landon, who was the older sibling of the two, had an aloof personality. Their days of this world continue on, until.

A woman named Alice had adopted them. That was when it all began.

This story is a collab between me and DoktorHeinz. You can go check out his version on Wattpad.