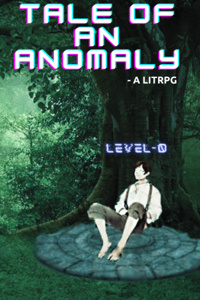 Tale of an Anomaly

It was supposed to be a normal weekend, staying a little bit longer in bed, not worrying about work, spending quality family time, or partying late night for some people and hoping to get a little lucky. Then why the hell were half the buildings disappearing right in front of them? What was the big message in the sky supposed to mean? And why the fuck was there a dragon in the middle of the city?!

Follow Bharat, an ordinary freelancer out for a job, who, after getting caught up in an unfortunate series of events finds himself all alone in a forest full of dangerous creatures out for his blood, along with a strange screen in front of him that felt awfully similar to the games he used to play and the books he used to read as a kid. Maybe his countless hours of gaming weren’t useless after all!

Just an amateur writer from India who started writing as hobby during quarantine. English is not my native language, so any kind of feedback is most welcome. Don’t take the tags and warnings too seriously though. It’s just to prevent flames later, just in case.