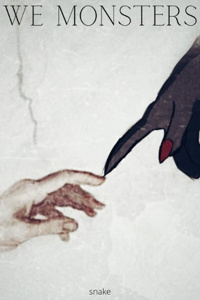 It's been 2 days ever since I left. The only way to New Paris is by going to the Hunter International Airport in Mexico. It was hard getting a passport these days... They spelled Niko wrong every time. Well, what has been done is done. I wonder how my siblings are doing, I left after a little while when Joaquin went east. Enough talk, I've already arrived at Hunter International Airport. Dad gave us books about the world, but I didn't expect it to be this crowded. I never knew that would be more than 10,000 in an airport. Dad did say that the population of the world by 2070 was 10 billion.

"People with a Hunter ID will be prioritized first before civilians! Please remember!" A man announced with a megaphone. Hunter ID? What in the world is that? I got my question. A group of people came walking to the front after that announcement. Heavily armored in Kevlar and padding. All of them were holding some sort of weapon.

"Hey, isn't that Lord Hunter Arnold?" I overheard some people in awe from this Arnold. The hell is a Lord Hunter? This is not the 1500s, what is with the cringy titles? Because of those Hunters, I had to wait another hour before getting on my flight to New Paris.

I was booked into business class. Dad used to tell stories of an economy class that was operational until 2057. The elite class was now the most expensive class and the business class being the cheapest. Unfortunately, I was sat in the middle of two ladies. Fatima and Robin were the only females I have interacted with for 13 years. I have forgotten anything prior to the incident.

"It seems that we will be sitting together for 9 hours. I am Subin Jeong. Nice to meet you!" The girl on my right introduced herself. "I'm Soffia Polkard." And my left soon followed suit. What a gaffe.

"I'm Niko. A pleasure to meet both of you." Given no choice, I also introduce myself. This was harder than the time I tried lifting 50 kg lifts for the first time. Soffia's white hair reminds me of Gabriel while Subin's outgoing, carefree personality is like Robin. I miss my siblings.

I guess I am going to be with them for the next 9 hours. I wonder how the others are faring.

"We are now boarding for Old Francisco. Proceed to Gate 3. Seattle to Old Francisco will now be boarding. Please show any kind of ID and be ready for a blood test."

Blood tests? For what? Jeez, did the incident impact everything that much? I just want to visit Old Francisco. I want to save money, so I took a bus from Seattle to Old Francisco. This is probably fine.

It was not fine.

"Now boarding; The Hunters." As soon as that was said, people started standing up to see them. One of the most well-known Hunters... Major Hunter Zachary. Known for taking down the largest monster to ever come out of Ground Zero; Striker. A 10 feet goat with two heads. Whatever that meteor brought toppled the food chain. He didn't do it alone too. He did it with Lord Hunter Arnold.

Well then. This will be hard. The people in front of me are doing fine. Does the government know about shapeshifting monsters or humans with monster blood? What could be the root of these tests?

"Next." I'm getting nervous. Only a few people left before it's my turn.

"Next, please." My fingers are now sensitive. I can feel my palms getting sweaty every minute.

"Sir? It's your turn. Please take a seat." I slowly take a seat. I'm losing the nervousness I had earlier for some reason.

"My name is Apricot. I will be taking your blood test today."

Wow. She's pretty. I was too distracted that I didn't feel the syringe go in. I did feel light-headed after a few seconds. "What was this for?" I asked her.

"Some people seem to be immune to VRS65—the virus that was inside the meteorite—which made them carriers. This was made to detain carriers." She explained.

After taking my blood, she put it in a vial and tested it. It only took a few seconds to see if I was a carrier or not. When she turned to me, she looked surprised. She wanted to ask me something.

"Sir, where did you live in 2065?" She asked while holding the results.

Since this was a test, I answered.

"2065? Well, I lived in- "I answered before getting cut off by a passenger asking Apricot on why I am holding the line. That whole ordeal saved me. There was something unnatural in the results. I want to know what she knows.

Before getting on the bus, I thought about her question. Somehow it relates to where I lived in 2065. I continued wondering about it during the trip.

"What were the results?"

Bio: i write and i read