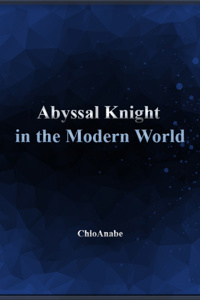 “Drop me here,” said Tia to the driver.

A superbly tall building, a mall – the same one he visited when he was with Hannah.

Once the car left the scene, Tia gripped the bag he’s carrying tightly in nervousness. It contains the failed potions he made while he was in Jinshan’s mansion.

He went to a quiet area inside the alley.

Pondering, and readying himself for what he’s about to do, “All right, I can do this,” grabbing one bottle, “Let’s see how much these things will support this fragile body of mine.”

His eyes widened as the liquid inside his stomach burst, but he held it in – and even, swallowing them all.

He drank all of the bottles until there’s nothing is left, and when the heavy surging pain from his stomach came all the way to his brain, he opened his mouth with a cloud of smoke broke out of it, "Haaaah."

His irises started to fade.

Cleaning his face inside the women’s bathroom, he felt something burning from the inside of his stomach. Stinging as if there are small nails trying to escape his bladder.

He looked in the mirror and notices that his eyes have started to deform – melting.

Resting both of his hands on the sink and held whatever it is that is forcefully coming out of his stomach.

When his heart thumped, he closes his eyes.

Inside The empty world within himself, one of the dying stars on the bright side of his power, the Origin, has begun to light up in flames.

But then, it wasn’t just one, or two, or three, but four of them are shining.

His head was pinned greatly from all fronts as if he was nudged by multiple boulders trying to crush his mind.

If it was an ordinary man, he would be knocked out the instant they felt it, but not only that he is not a man, he’s also not an ordinary one.

When smoke is coming out of his mouth, his eyes healed in a golden light aura.

“I can already feel myself getting better already.”

The chance of curing his illness through the brute force of his reawakening has now increased tremendously.

“Hahah! Even though I said it myself, it really did make a difference, huh!!” with a new expression on his face, “Just you wait, oh ruler of the world! I am getting close here, Heheheh..."

"I hope you still remember the words I stated when your life flashes before your eyes.”

Gritting his teeth tight as his eyes widened, “You cannot kill me!!”

The door opens, and the moment of awkward silence between the woman who opened it and Tia in his energetic pose lasted for a short minute that feels like an eternity.

Inside the elevator, with his ears slightly flushed in red, ‘Objective.’

‘Obtain all the container of magical energy in this world, regain my powers, return to my world, kill those pathetic rats and ascend once more to erase those gods from the face of the world…’

Whispering as he's mumbling, “… why did that woman have to be there…”

He’s been playing with his phone for a while as he’s drinking juice bought from the stall nearby, “Hmm… fashion, it truly is complex no matter what world you live in.”

Looking for a different wardrobe to mask his from the commoner’s status, the price he has to pay almost made his eyes bleed. Then, he was reminded of a certain merchant, “Right, investment in looks can go long way.”

So, he decided to invest in it.

Went to a beauty salon. Get his messy hair done, polishing his nails, do extensive skincare, makeup, and all other things needed to bring out the most of his beauty.

‘M-My goodness, I don’t know what they did to me, but I feel like I’ve just become someone else now.’

The owner of the salon, she’s quite… colorful – for the lack of a better word.

With ebony skin, thick brown lips, a slightly blue afro style of hair, and multi-color nails that are longer than the base.

“Fufufu, now this - yes, mhm, mhm... What a masterpiece. These hands have never failed me before, and they're still going! Here, my dear,” handing him a card, “Do contact me if you want to – Ahh – revitalize such beauty again.”

With his body and eyes trembling by the sheer pressure of unknown emotion in his heart after being in the care of that woman, he left the salon as quickly as possible.

"Well, she did a fine job though. I might return here later with that woman, Sonia."

Next up, is wardrobe.

For this one however, he went with something “Official-looking” type of clothing, and that is a suit and pants. It makes his overall look to be a bit more mature.

“Phew, that took a lot longer than I thought.”

When it comes to something like fashion, he usually gives not even a second to think about it nor did he even care about his looks or what others think of him.

‘As long as I wear clothes, that much is enough for me to survive the day.’

‘It was always got dirtied anyway.’

‘Now that I think about it, I never understood why the Elite and Royal Knights wore some expensive armors that barely even provide a better protection from the other more common Knight armors - aside from the imbued magic of course, but...’

‘Think I now know the reason why now.’

“It really was an investment.”

Not only that it often boosted morale for both the people and the knights themselves, but it also acts as a symbol to differentiate their status.

[Um, I was wondering if you’re okay]

Sighing, [You were looking so pale today… have you eaten anything?]

“Err,” seems to have forgotten about it.

Sounds of smacking from the other side, [Are you kidding me? Tia, do you know what the doctors will do if you…]

Her voice becomes dimmer and dimmer as Tia closed her eyes, soothed by her caring voice, it made him smile again.

[… So, I’m gonna call you again in the next few hours, and if by then you haven’t eaten anything yet again… Hmph, be prepared, missy. No more potato chips for you]

Chuckles, “Okay, okay, I definitely will.”

[Do take care of yourself, Tia]

His eyes and smiles cracked to an even greater one after hearing that flustered voice. The atmosphere generated by the A/C has been overweighted by the warmth coming from the other side of the phone.