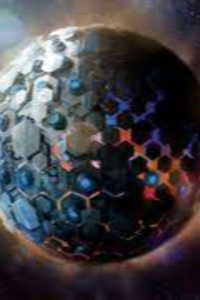 This Chapter will mainily be me explaining a lot of stuff for this world so you have been warned, this is a info dump probally even bigger than last chapter.

*hi*=Somthing only the readers and author can see untill mc gains the ability to break the 4th wall.

#hi#=Sound that mc will hear

Will add more as they appear in the story

This is the ding sound she hears when a system notifacation appears.

'Should I accept it?'

'Wait, I thought it costed a lot of power to get info from you'

'So you can give advice or confirm things so long as it would not give anything major?'

'Ok then I accepct the meeting with Mewtwo'

'... I thought it would take us imeditaly'

"Ahh hello Celebi I am Mewtwo, although I think the notifacation from before told you that. Anyways, I wanted to talk with you to about many things and ask you a question that I will get to later. So if you have any questions feel free to ask. or if you want me to i will do some basic explaning of things and then we can go from there." Mewtwo begins to explain.

"I, will take the latter." Celebi states, after all she has no clue what to ask.

"I figured you woud, so I will do some of the most common questions. One, why am I named after a pokemon? The reason is potential and strength, the more poential you have the more powerful you can become, your pokemon name reflects this. I was originally named ralts but once I got powerfull enough my name changed to kirla and changed again later to gardevoir." Mewtwo explains while beginging to walk around and make hand gestures.

"Ok but why is your name Mewtwo now?" Celebi asks, cause it Mewtwo does not explain that.

"Ahh thats a bit more complicated, the reason for that is because I figured somthing out, you can change how much potential you have by finding another planet and claiming it, and depending on the planet and how many you control colinize or claim you will get a lengendary pokemon's name in my case I was originaly Latios and then got bumped up to Raquaaza and then finnaly I became Mewtwo, although i dont really know if there was any diffrence betwean when I was Raquaza or Mewtwo." Mewtwo says while a little cufused as she does not know the difreance or feel any diffrent as far as she can rember.

"So there can be more than one dungeon with the same name?" Celebi asks.

"Yep, It gets very confusing after a while but can be somewhat alevaited by avatar looks, after all I have known 38 rattata and ratacate dungeons". Mewtwo says annoyed at all the misunderstandings that occured because of that.

"That sounds annoying." Celebi sympthizing cause she had the same name as 3 other people in her 3rd grade class.

"It is, after a while I refused to speak with anyone who has not either reached a third evloution, is a legendary or is a mythical, and you fufil the third condtion. Anyways next question. What is a avatar used for and why do they not refleact my previous life's race? A avatar is a entity created by whoever reincarnated you as a copy that you can control if nesacary but is a indetical copy of your personalaty and is loyal to you. Also as far as I have seen every tech dungeon is reincarnated from a science world that has also created the pokemon franchise. Mewtwo states as that has saved so much sanity for her.

"...How many know that others are reincarnated" Celebi asks worried.

"Just about everyone, ok next question what are the types/subtypes for and how do they work? The Type shows weather you focus on techonolgy or magic, while the subtype shows how powerful you have become in that aspect, the subtpes go as this from weakest to strongest, bit, byte, kilobit, kylobyte, megabit, megabyte, gigabit, gigabyte, terabit, terabyte, quetabit, quetabyte, That is stage 1 there are three stages in the tech dungeon line bit/byte, building and structure, The byte/bit has the most stages but has the weakest difreance in power, while the building stage has the following, building, kilobuilding, megabuilding, gigabuilding, terabuilding and queta building, and yes the naming scheme is not very origional, I know. Finalay the structure stage wich goes in the following, structure, gigastructure, terrastructure and mega structure. also please note that the system doesnt recognize the stages and that this is the designation the way we see it, also the power difreance between me and you is roughly the same as a bit vs a quetabyte. Explains in what is arguably a lecture.

"Umm one moment let me check... I have 200 Corvettes, 85 Destroyers, 45 Cruisers, 23 Battleships, 10 Carriers, 5 Dreadnaughts and 1 planet cracker. Celebi states like it is obvious.

"... I am really glad I decided to do diplomacy instead of attacking. My fleet is 2 Carriers, 4 Battleships, 18 Cruisers, 33 Destoryers, 52 Corvetes, and 85 stealth ships, I have dedacated most of my production to stealth ships but even then they dont have many if any weapons plus they wouldnt even scratch the armor of your cruisers and your dreadnaughts would feel nothing,also why do you have a planet cracker?" Mewtwo asks a little worried.

"I have no clue I had it when I checked my fleet control." Celebi says while mewtwo becomes very suprised.

"Wait you woke up with those?!" Mewtwo asks suprised and a bit fearful, because it is not normal.

"Yeah doesnt everyone wake up with somthing?" Celebi asks confused.

"No. I have never heard of someone waking up with anything more than 1 drone to help them start building stuff." Mewtwo explains and then asks "Do you know who reincarnated you?"

"I don't know their name as it was unreadable by me, but they called themselves the strongest of what ever she is." she says says.

"Hmm the only only entites I know of that could do this are the supreme gods but you could hear me say those words which means there are more groups out there but we dont know what they call them selves or any of their names. Ugg its a lose lose situation." She says annoyed at the lack of infe.

"I might have more, she said that normally we would go to ****** ***** omniverse when we die." celebi inputs hoping to be helpful.

" The that explains it, in my old world a omniverse is a whole bunch of universes inside more unverses inside more with infite posibilites, and the fact she said that it was his implies there are more omniverses and that they could all be in one giant omniverse. Well why bother about somthing that doesnt affect us right now, so next question how do I build stuff? you use the factory assembly line and drones to do that. To have them build command your drones to start building, it is recomended to have half your drones to build more drones as they ar RIDCUISALY important, they are the only way to build resarch and more."Mewtwo says relived and begins explainging somthing else with out geiving Celebi a chance.

"So I should after this meeting is over begin production on more drones?"

"Yes, I cannot stress how imortant they are. I have seen to many dungeons be conqured by others simpily because they neglicated drone proudction."Mewtwo says leaving no room to argue.

"ok, ok I get it" Says Celebi a little scared now.

"Good now I have a question for you right now. Could I be your maid?" Mewtwo asks out of the blue to a very shocked Celebi.

I have said there are magic dungeons right? Well I havn't figured out what the stages or steps are so maybe put some sugestions in the comments? Whoever's sugestion i like the most i will use and they will have a chance to create their own magic dungeon for my story and it will be the first one the mc will encounter. Also that ending I planned before I even wrote the first word for this chapter, and the poll will close tommrow at roughly 6:15 tommrow as that will be when I get on for school.

Should Celebi take Mewtwo as a maid?
Previous Chapter Fiction Index Next Chapter
About the author

Bio: I descended down to earth to learn about how humans interact and now don't want to leave.