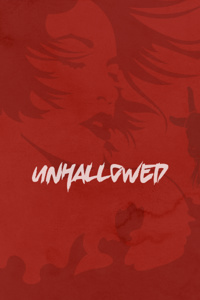 Sally Horne did something bad. After two semesters at Miskatonic University, she goes home to her sisters and tells them she made an unhallowed bargain to bring her boyfriend back from the dead. Now she's bound to the devil for eternity, and her lover's reanimated corpse is running around campus with a hunger for human flesh.

Brigit is skeptical through and through, but when Rosemary gets lured into Sally's brand of witchcraft, the sisters begin to experience increasingly strange occurrences that blur the line between madness and supernatural horrors.

Will they ever wake up from this nightmare? Unlock this surreal Lovecraftian mystery box and look into the abyss for clues.

The devil is in the details. 🐐

Reviewed at: Chapter 15: The Night Visitor

Well, for the first fifteen chapters, I thoroughly enjoyed it. Having not read much horror before, I actually found myself speeding through it. I actually really enjoyed the short chapter length, it made it easy to read when I didn't have much time. The storyline actually flowed pretty well - I think it's leaning a little bit more towards fantasy now, but I still like it. The writing style flows very, very well and is very clean. Really great for a quick read.

Alright, I think I have read enough to give at least a passable review. First off, from what my memory serves. It starts out simple enough. The usual school kids, paranormal, etc. However, what makes this stand out a bit more, is how it just naturally transitions along. Then there is the dead boyfriend with some interesting if not usual way one will go in order to try and bring them back. There is even a nice little thing in there that really made me realize why this book was named 'Unhallowed.'

To be fair, I really never grade this. One person can think it is good, the other can view it as the most atrocious thing out there. Anyway, my personal take on it is that. It really leaves the reader wanting more. Keeping this unsettling but inviting feeling if you know what I mean.

Grammar wise, I don't believe I found an issue. That or I may have glossed over it without thinking.

Now as for the characters, they play their role pretty well. Those in disbelief of the occult, others that will give it a try. A normal cliché that I strangely do not mind. A likeable bunch if not also a bit reprehensible. Don't have a complaint here given the type of story.

Over all, I waited a bit before writing this review. Since I wanted to be a bit more sure. While it can use a bit of exposition, my personal take on it. I feel it does quite well with what it is trying to do, and I can recommend it. I think the terms I am looking for is a 'classic horror.' It does what it sets out to do, but also in a way that doesn't leave me rolling my eyes.

Val will be continuing now.

Enjoying it Thoroughly, Added to Favorites

I've seen this user active in the forums for a bit. Saw the book cover, and was intrigued but didn't bite. Then I saw them in the self promo thread making a very small post (literally just a link to this page)  that wasn't annoying or "look-at-me" attention-grabby. Then saw their profile pic was Shaggy, so knew Had to Review It

What I wasn't expecting was a revisit to Arkham and Miskatonic U, and I am quite liking it.

Characters: Characters feel a little flat, but it's not egregious and will probably get rectified later-on once things pick up. The cat is great, and probably Satan

Style: Clean style, not labored by unecessary descriptions. Focused is a good word I'd use to describe it.

Lots of Good, Some Bad

Unhallowed is your traditional "deal with the devil" type of story, except now there are loveable, realistic characters, talking cats, and amazing hooks that keep the reader invested.  The below is my deconstruction of it.

Style: Tension is this writer's forte.  Be it family drama, zombie attacks, or plans to ward off the devil, it is all executed quite well.  Other than this, though, I did not really see anything exceptionally unique, hence the score there.

Story: This story is not the most unique; as mentioned above; it is your traditional "deal with the devil" story, but Meteoraguy executes it well.  What I find to be best about it is the unpredictability that the twists and hooks give.  What I find to be the worst... well, it's the innuendos.  Now, this writer does put warnings on chapters with more sexual material, but my biggest problem with the story is that it tends to intrude into the story.  For instance, one moment, a character is talking about a vicious zombie attack, and the next the author is talking about sex positions.  Or, while the group is trying to get the devil to go away (broad description, don't want to spoil it), a guy is talking about having sex with the cat.  It's too much, it is not needed, and it leaves no real way to avoid that content.

Grammar:  Not too much to say here.  It's nearly perfect.

Character:  This is perhaps my favorite thing about this story.  The family situation feels exceptionally real as do the majority of the characters.  Even one-chapter characters are very real.  But let's talk about the main three.  Brigit is the responsible sister who, though she can get a little hot-headed, loves her sister through and through to the end.  Rosemary is the kind-hearted mediator between the sisters, who gets caught up in something she doesn't understand.  Then there is Sally.  She's the rash, misunderstood protagonist.  While Rosemary has conflicts, to be sure, Sally's are the least, should I say, spoilerific.  She must deal with her undead boyfriend, face the mistakes she made, and make big sacrifices for her sisters.  And there are the morals about her witch's nature.  From a Christian point of view, the author held a fairly good balance between saying witchcraft leads to bad things and saying we shouldn't kill or torture people for being different.  I am not certain this is the moral he is going for (in light of recent chapters this may be wrong), but so far that is how it seems to me.

Overall, this is a decent story with good style, great grammar, and excellent characters.  I am a hyper-critical critiquer, so I would say this author definitely earned no less than those stars.

Keep up the good work,

Did not read the summary

But I'm currently feeling like that wouldn't have helped me anyways. If I had to point out one part of the story that I feel needs some attention, it would be the plot itself. Possessed, rampaging, dead boyfriend? Neat. This is likely the only time where I will be reading anything with this plot point, and I have several things against that. It is pretty original when put together with the three sisters and all.

Also, I still don't like Brigit. Which is a good one for the author. He most definitely knows how to make characters that annoy the hell out of you. And not because they are badly written but because they are. I understand where she is coming from with this. Normality is important for her, and nearly everybody can relate to that, so when that's used as a point in an argument, it becomes a whole lot more relatable to the reader. So... good on that, I suppose.