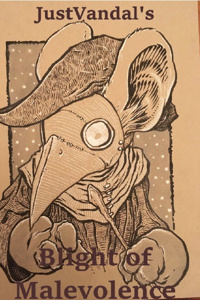 Here's the promised chapter! The next few chapters will be action packed! Stay tuned! Have a nice read! :)

「Stealth has been activated. You are less likely to be seen.」

Oh, right, I had that skill. I kept walking towards the direction where I guessed the creature was. The growling was becoming more and more audible as I approached closer. I gulped saliva. Why was I even going there even though I know it's clearly dangerous? As I finished the question in my head, I came upon a clearing near the lake's shore. It was fairly wide, I'd say decent hundreds of meters wide.

Well, that was just a rough estimate. If I'm wrong, blame my eyesight. Who the hell am I even talking to? A scary thought occurred to me. What if I was in one of those fantasy novels? And right now, people are reading what I'm doing? I suddenly felt countless non-existent eyes staring at me. My entire body shivered. I shook my head and brushed the thought off, that would mean I'm the protagonist, and God knows that's not happening.

I stayed at the edge of the clearing, observing the area. I could see a huge green moving creature in the distance. I couldn't clearly see its details, but it had large menacing horns similar to a moose, and it stood on its hind legs. I want to come closer, but I just came out alive after a near-death encounter with that bat-faced monstrosity. I wouldn't risk it again.

It was looking at something in the distance. I glanced towards the direction it was looking at, and there I saw a creature that stood proudly at the face of the horned monster. You're here too?! I exclaimed. It had iridescent feathers that captivated its victims before killing them. It was the Chimera that almost took my life. Rage boiled within me.

I inched ever so closer as the horned beast slowly took a step towards the Chimera.

It bellowed, proclaiming its anger on the chimera. Furious that it dared enter its territory. Wait...there were no other creatures here because of that guy...? I found it strange that it was oddly quiet and peaceful in this place. Turns out that horned dude was the ruler of this turf.

The chimera retorted. Challenging the horned beast for its control over the area. It took a step forward as a show of defiance. The battle was heating up. I slowly kept moving forward to get in position to strike when I get the opportunity. Due to my senses being sharpened by the skill, I could see a few extra meters in front of me.

Huh? The horns of the horned beast started to glow bright green, and the grass around me started to shake menacingly. What kind of weird voodoo power does this guy have? Suddenly thick thorny vines sprouted out of the ground near the chimera and attempted to wrap around its limbs. Like tentacles extending out of the deep abyss of the sea, the vines whipped and lashed towards the chimera itching to tear it apart. The Chimera quickly lifted itself up in the air barely escaping the sudden ravaging, and sped up towards the horned beast.

It's wings flapped with terrifying force as the chimera accelerated towards the beast at dangerous speeds. It's curved dagger-like talons were poised to strike, threatening to cut a hole through the horned beast.

Seeing the chimera's assault, the horned beast casually knelt down and struck the ground with its arms. A wall of dirt a few meters thick quickly rose from the ground in front of the chimera forcing it to crash at the sturdy looking wall, using its own speed against it.

"Do you think that's enough to stop me!!" snarled the Chimera as it easily broke through the wall of dirt. The horned beast was surprised to see this but nonetheless remained calm. It dug its arms deeper, and a spike rose out from the ground directly below the Chimera's stomach. As long as its speed remained it would be hard to change trajectory.

The Chimera's eyes widened as the ground below it suddenly broke apart and reformed into a terrifying dirt spike. It quickly lifted one of its wings and leaned to the right to avoid getting impaled by the spike.

"USELESS! USELESS! USELESS!" Shouted the Chimera as it quickly rolled to the right successfully dodging the spike, and impressing the horned beast with its aerial maneuver. The beast quickly withdrew its arms and crossed it to protect its torso from the assaulting chimera. There was not enough distance left for it to cast more of its magic, it had to guard.

"Uhf?!" The horned beast groaned as it suddenly felt its body get extremely heavier. Its crossed arms were forcefully dropped as it was too heavy to lift up, "What?" It looked up towards the chimera, and both of them met each other's gaze. Both eyes were lit ablaze with pride and fury.

The sound of the impact roared like thunder throughout the field. The beast's effort to use the chimera's speed against it was in vain as its terrifying blow landed upon it. The force of the impact was enough to send dust and dirt flying off the ground where the beast stood.

I looked at the huge dust cloud that formed. I was close enough that I felt the air pressure from the impact. It was eerily quiet. The amount of power these two had was horrifying. Why couldn't I be reborn as something like that? I shook my head, and made sure I was lying low in the grass.

My stealth is still activated. They haven't noticed me. I guess a rat has its own perks. I needed to get dangerously close, so my plan would work. These two creatures were clearly stronger than me, which checks off one of the conditions. I just need to wait for the right time to strike.

I bide my time as I waited for the dust to settle. The silhouette of the two became more and more visible as the cloud started to clear.

The horned beast and the chimera stood in front of each other face to face. Tension was at its peak between the two. They were both clearly testing each other's strengths. Instead of engaging to clash once more, the Chimera leaped a great distance away from the beast. It needed space between them to make use of its strongest weapon. Its speed.

A thick yellow substance akin to sap was dripping down the horned beast's left side. Now that I'm close enough to see it properly, it looked cool as hell. It had a humanoid-like torso covered in what seemed like wet bark and moss. Its face was covered by a hood of what seemed like woven vines that only left its mouth exposed. A crown of thorns wrapped around its head with majestic amber-colored antlers that towered above it. Unlike its torso, its lower half was covered by evergreen leaves and was reminiscent of a bull's hind legs. It was exuding a regal atmosphere.

Huh? Something just fell. My eyes widened in surprise as I noticed the object that fell was the left arm of the horned beast. Its yellow sap-like blood gushed out of the torn arm, staining the evergreen grass that covered the ground.

It seemed unbothered by the fact that it's missing an arm. Why is that? It began to slowly lift the stump of its arm, only a portion near the shoulder remaining, and stared at it.

Its antlers started glowing once more, but this time it was gentle. Similar to the mending dice... It casually flexed its shoulders muscles, and in an instant, vines, muscle, sinew, and bones shot out of the stump and quickly formed the shape of an arm. In a matter of few moments, the arm which was torn off by the chimera's assault was now regrown as if nothing ever happened.

The chimera in the distance looked surprised by what just transpired. The horned beast glanced towards the chimera and snorted. It casually lifted its left arm and flexed its muscles taunting the chimera even more.

They stared at each other for a long time, not even moving from their positions. They were both aware of what the other can do. They took their time, knowing one wrong move could deeply wound them, or worst can even lead to their deaths.

The Chimera, who was used to instantly killing the enemy with its speed, met an enemy who shrugged its power off like it was nothing, while the horned beast who took pride in its resilience was wounded to that extent. They have never met a foe like each other. Excitement welled up within them. The thrill of overcoming a rival and becoming even stronger than before riled them up.

Roaring their battle cries both of them prepared to clash once more. The beast's antlers started to glow a darker green and the ground around me started to vibrate. Seven totem-like polls erupted out of the ground at random areas around the beast, the grass around each pole grew thicker and started to move on its own. The Chimera's whiskers started to glow an ominous shade of purple. Blue lightning slithered around its body like snakes waiting for something to get near so it could strike. The grass around it started to get flattened and burnt, as its lightning flew off of its body striking anything within range.

Without any hesitation both simultaneously dashed towards each other. They were going all out with their abilities to take down the foe in front of them. I gulped as I watched the spectacle from the sidelines. A purple streak of light that flattened and burnt anything its path was heading towards the glowing green ball of light that was charging towards it accompanied by countless vines that surrounded it.

In a few seconds they would clash once more, and both of them knew that after this fight. Only one of them would be left standing.